In this review we will discover Two Point Campus, the video game that will allow you to build the university of your dreams

The course of your dreams

Go through the hospital wards of Two Point Hospital at the university desks of Two Point Campus it is certainly a big leap to make. Lovers of The Good Doctor oh you Chicago Med surely they will be a little disappointed, but only initially. The game indeed shows a solid foundation, already consolidated by Two Point Hospital, and adapts it to the university world. In addition the developers have also managed to fix some small imperfections which presented the previous chapter, giving us a really good video game and with which it is possible to spend hours without ever getting tired.

Now let’s take a step back and go in order. Two Point Campus has two game modes: career mode and sandbox mode. In the first we will visit the twelve university campuses of the region where we will have to complete objectives to conquer the coveted stars and unlock the next ones. The second will obviously allow you to create your dream campuswithout particular objectives and with the courses that suit you best.

Just the latter will allow to live very special experiences thanks to their differentiation. You are indeed well seventeen degree courses, each characterized, as expected, by classrooms designed specifically for the subjects dealt with. However, these will not be the only differences. If in Two Point Hospital each hospital was very similar to the previous one, except for the floor plan and the external setting, here each campus is distinctwith completely different characteristics from each other.

As mentioned in the previous paragraph of this Two Point Campus review, the courses and individual universities are very different from each other. However, this difference is not limited only to the outside of the structure. Contrary to Two Point Hospital where the rooms were very similar to each other despite the change of hospital, here each campus has its own main street, able to give variety to the interior of the characteristic rooms.

All this diversity is transmitted not only to the campus as a structure, but also to the pupils and teachers. We can notice one greater attention to detail of these little menwho will accompany us on our adventure, and in their needs. In fact, each student will be characterized by special needs ranging from entertainment to personal hygiene, passing from physical and psychological care.

All these little details manage to create a truly dynamic gameplay, especially in the final stages of the campaign. If managing the first campuses won’t be as challenging as we progress through the game maintaining an acceptable level of all needs will be quite a challenge. General management also underwent a slight improvement over Two Point Hospital. This will allow for a continuous change of staff hired so that no posts remain vacant while a staff member rests; the updating of the facilities will also take place in a manner consistent with student schedules, allowing them to be used during class hours. 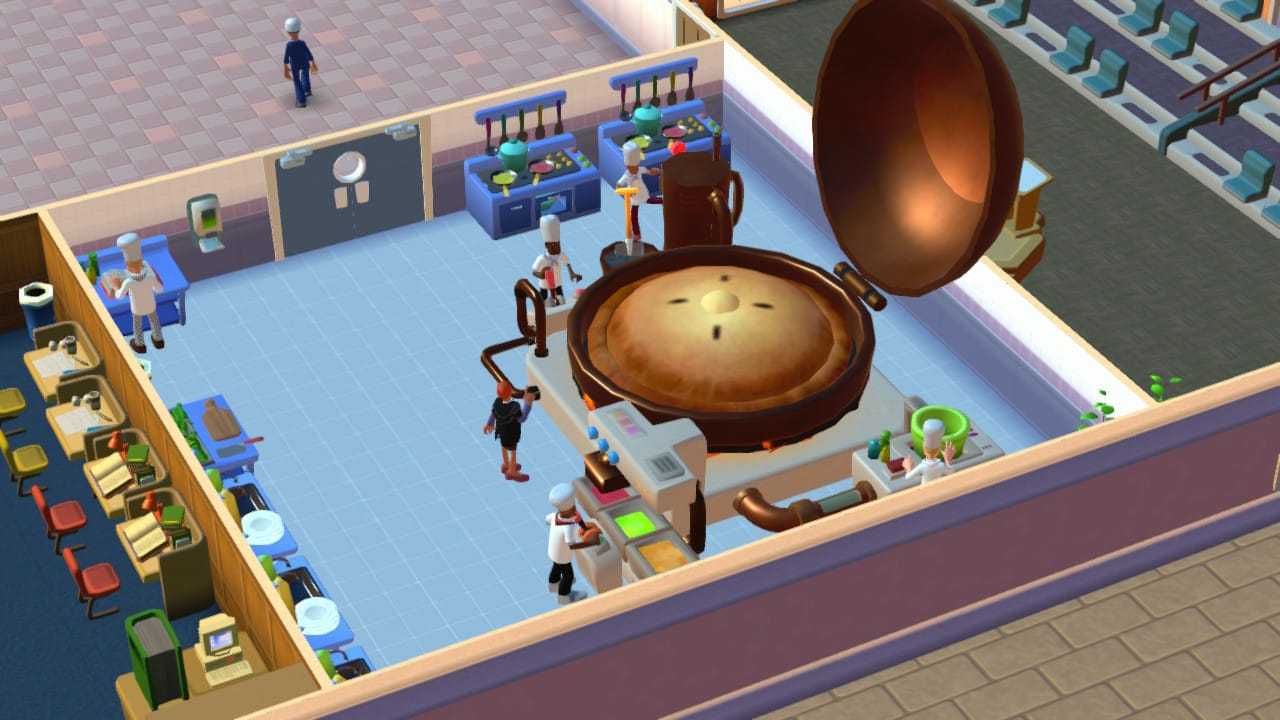 Graphically speaking, the game is well done. Both the models of the various characters and those of the structures and objects were created in an impeccable way, with the usual style that also characterized the previous title. The settings fully reflect the typical style selected for each campus. Just think for example of the gloomy climate of Griffondoorea school of magic gripped by a curse launched by our opponent on duty who will do everything to put a spoke in the wheel.

Also there menu management is well managed and easily usable thanks to the subdivision adopted by the developers. Each will be easily reachable via the appropriate quick commands. However, precisely from this point of view we have encountered some minor problems. By selecting students and switching from the section that allows direct orders to be given to the student selection section, every now and then the gearbox did not work properly. Furthermore the HUD may be slightly smallplaying in handheld mode on Nintendo Switch, especially when subtitles are on.

These small drawbacks were then joined by some small mini freezes, especially during the shifting of the view, probably due to the excessive load and limitations of a not exactly performing console. In spite of everything, however, the overall experience was pretty good. Much is also due to an improved AI in general which allows for better gameplay fluidity. 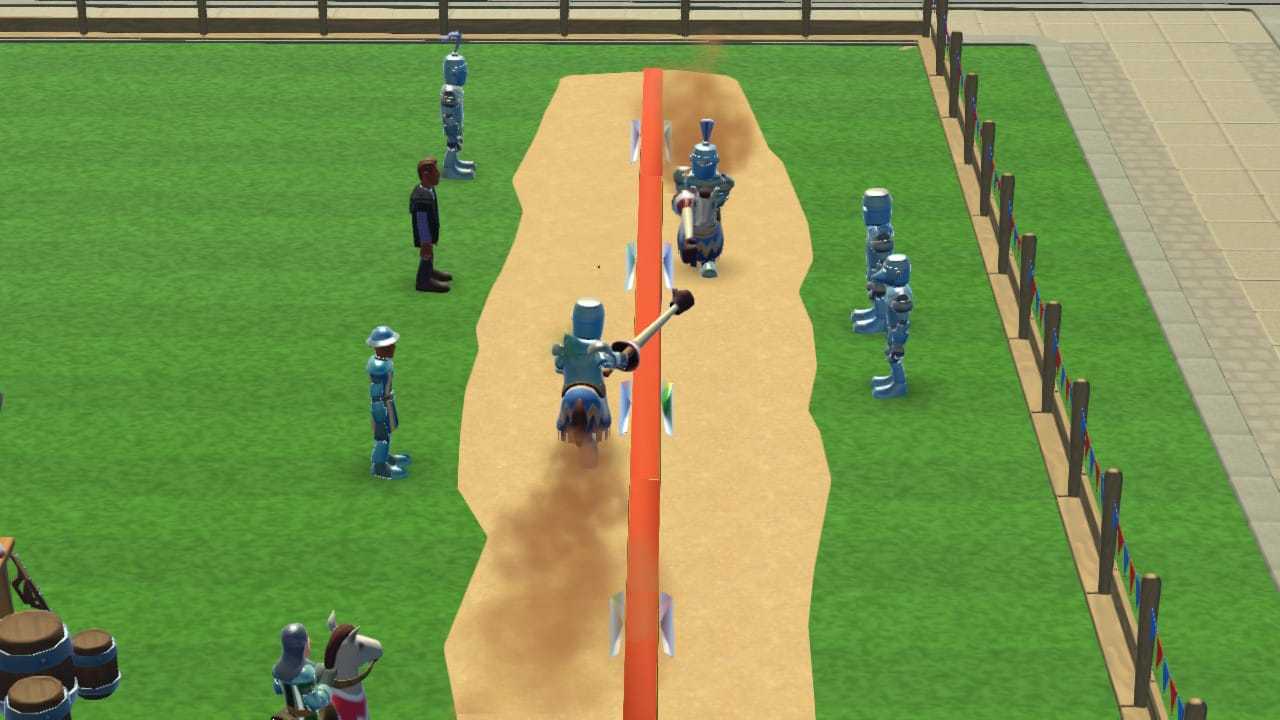 We’ve come to the end of this Two Point Campus review and it’s time to take stock and know if this title can graduate or not. The work done by the developers of Two Point Studios it has certainly paid off. Twelve campuses and seventeen degree courses for sure they allow you to have an ever-changing experience, especially in the free mode. In fact, playing freely is a godsend, especially if we want to detach our mind a little from the campaign that will require an increasingly accurate management of our campus.

An improved AI will allow for a more serene experience, ensuring greater fluidity than Two Point Hospital. Despite these improvements, however, there are some small bugs and freezes which it is right to point out and which mainly concern the subsection of the menu relating to the individual student. In short, a big step forward which improves even more what was the good work done previously with Two Point Hospital, albeit with some imperfections on Nintendo Switch.

We remind you that Two Point Campus is disponibile per Nintendo Switch, PC, PlayStation 4, PlayStation 5, Xbox One e Xbox Series X/S at the recommended price of 39,99 €. If you are looking for the PC version at a slight discount, we advise you to consult the dedicated Instant Gaming page. In order not to miss future news and video games regarding the videogame universe, keep following the pages of everything!