For his “conversion” after many years in the world of two wheels, Valentino Rossi has bet on GT World Challenge Europe, scheduled for this weekend (1-3 April) in Imola challenging a fierce competition aboard his Audi Sport R8 LMS GT3. Accustomed to participating in a few GT races every year, the “doctor” has decided to devote himself full time to this competition, participating with the colors of Team WRT, the reigning champion team.

This “second” career of Valentino Rossi will begin with a double program in the GT World Challenge Europe as he will compete in the Sprint and Endurance Cups. On the Audi R8 LMS GT3 with n ° 46, his usual number, Valentino will be accompanied by Frédéric Vervisch throughout the season while Nico Müller will complete the crew during the Endurance races.

Audi Sport is once again one of the most important brands on the SRO (Stéphane Ratel Organization) promoter’s pan-European GT platform for 2022. Eleven customer teams with a total of 24 racing cars Audi Sport will take part in the opening of the SRO races. During the 2022 season, no less than 12 Audi R8 LMS GT3s entered the championship, the highest number for a single manufacturer. The German house will have to compete with cars from eight other historic brands such as Aston Martin, Bentley, BMW, Ferrari, Lamborghini, McLaren, Mercedes-AMG and Porsche.

“We are very pleased that our client teams are aiming to defend their titles in all three categories. In a highly competitive market, Audi is once again among the strongest manufacturers. In addition to a dozen teams that have been loyal to us for more than a decade in some cases, we also welcome a new team of customers via Boutsen Ginion from Belgium. In terms of drivers, they are well positioned for the numerous categories of the racing series. We are particularly happy that the multiple world champion of motorcycling Valentino Rossi has opted for the WRT – ha affermato Chris Reinke, Head of Audi Sport customer racing. 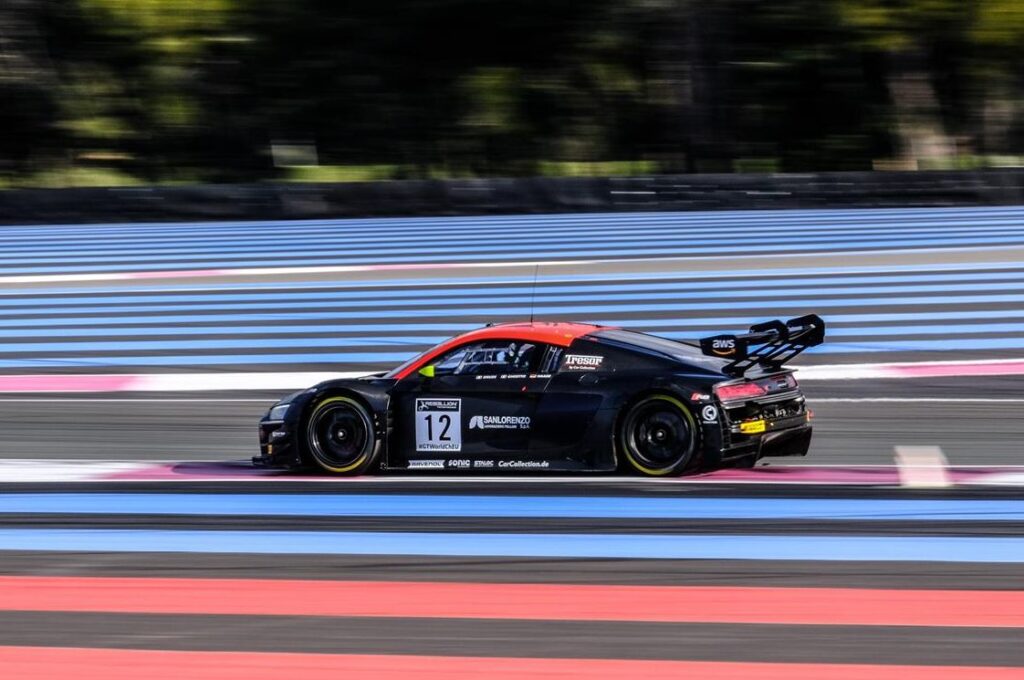 The drivers of the GT2 and GT4 categories, on the other hand, are purely private. Audi Sport’s most powerful racing car, the R8 LMS GT2con 640 CV (470 kW) was chosen by ten drivers in the European GT2 series, in which up to seven brands are represented.

Finally, in the GT4 European Series, which is extremely popular with 49 entrants, the 7 Audi R8 LMS GT4s entered will have to contend with Alpine, Aston Martin, BMW, Chevrolet, McLaren, Mercedes-AMG, Porsche and Toyota.