Feeling represented, seeing your reflection in a character with whom you share your ideals is probably one of the greatest satisfactions you can experience when reading a book, watching a movie or a TV series. Or why not, you play a video game. One of the increasingly looming needs of the contemporary era is precisely that of representation in the entertainment sector, an issue that is part of the broad policy cap of diversity, equity and inclusion which in recent years are increasingly at the center of discussions and debates of various kinds. Precisely because of the centrality of the theme we wish to address in this study, we will discover together not only the current panorama of gamers e gaming industry employees, but also Which video games they are engaged in diverse and inclusive representations. Follow us in this reflection that we propose to you video games, diversity and inclusion.

Video games, diversity and inclusion: the disparities in the gaming industry …

If the question of the application of DEI (Diversity, Equity and Inclusion) policies has been much discussed for years, in an attempt to apply it in an ever more concrete way, in the workplace, the issues of lack of ethnic representation and sexual orientation have become increasingly delicate and discussed. One of the most concrete results in the film industry has been the increase in the percentage of characters belonging to ethnicities other than the classic Caucasian white man. A choice capable of giving visibility also to minorities which, often, hardly find space on the screen, and consequently in the speeches generated by the audience. Even the videogame field has not remained untouched by these problems. As much as this sector may appear to be a leader in the creative sector in terms of representation, there is still a long way to go. 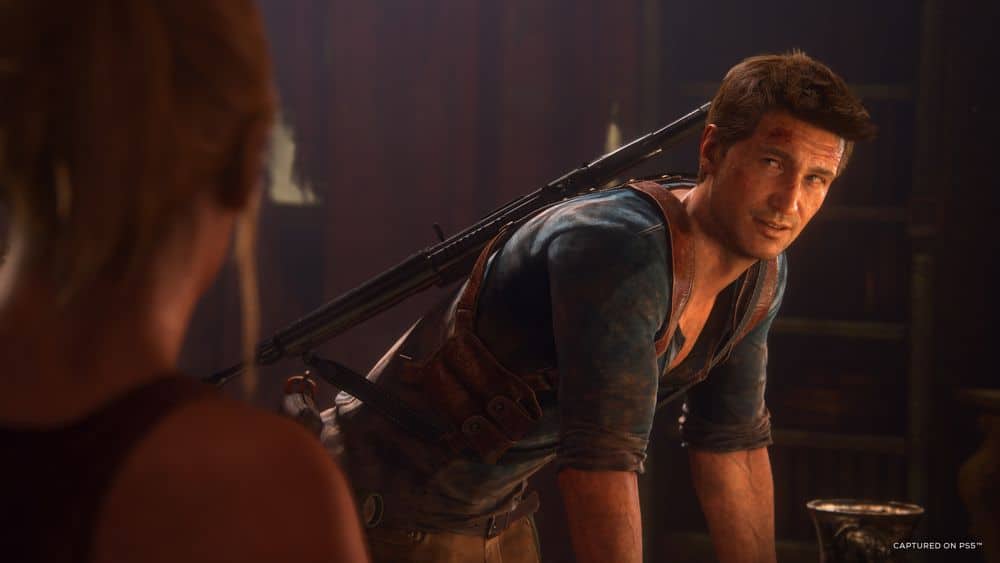 The classic muscular white male, or at least good-looking and attractive, often remains the aesthetic canon of reference in the concept design of the protagonists. But this stereotype not only it does not represent the world populationand more in detail that of gamers, but nor is it functional to the development of narratives and characters aimed at including new faces, new stories and as many backgrounds. According to one study conducted by the University of Sheffield indeed, less than 30 percent of industry employees in Britain is femaleonly the 2 percent is made up of individuals not binary. The remainder is clearly the preserve of the male world. Furthermore, the 10 percent represents the cluster BAME (black, asiatic and minority ethnic), demonstrating how low it is still.

Even fewer people with this background of belonging are consequently filled with high-level roles in the sector. The disparities are evident, and probably also not very functional to significantly reduce the stereotypical representations present in video games in a short time. In an attempt to investigate the theme of sexism in video gamesone study conducted by the University of Indiana analyzed the contents of over five hundred titles released between 1983 and 2014. Overly sexualized female characters increased in the mid-1990s, thus bringing to light the phenomenon of disproportionate under-representation of female characters.

… And the multitude of identities among gamers

These imbalances should be even more in contrast with what is the audience of gamers. An audience that is not only ever wider, but also equally varied in its composition. For example, i Gamer American they turn out to be almost half composed of Latino Americans, Blacks and Asian Americansone fifth belongs to the LGBTQIA + community and a third party claims to have disability, strictly related to mental health. Looking instead at a context closer to us, in Italy, it emerges from IIDEA report as, in 2021, 56 percent of the players are male. The rest 44 percent represented by a pool of female players which keeps the banner of “pink quotas” high in this sector. 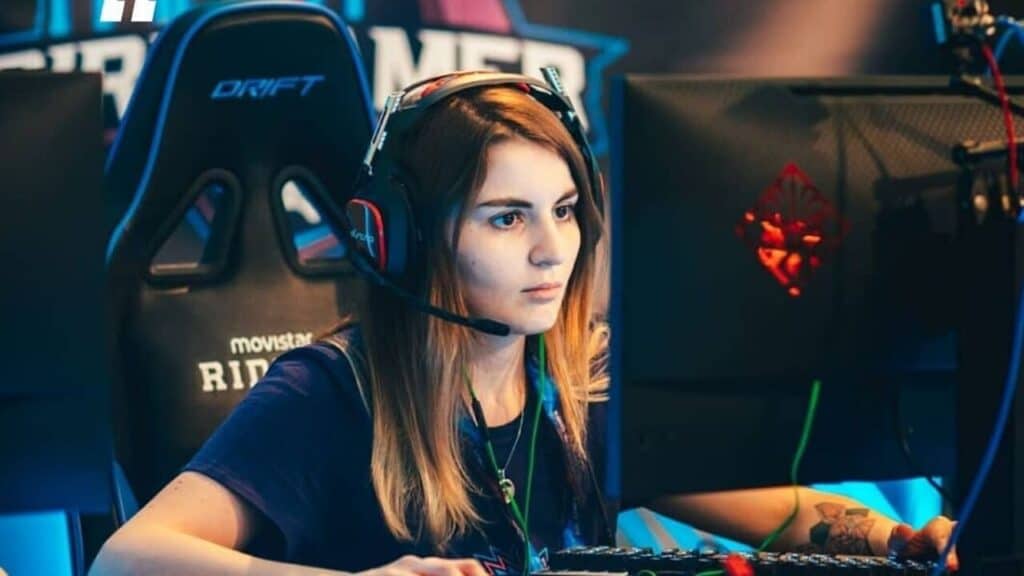 Further more specific evidence regarding gender representations, disabilities and other details is not apparent from the IIDEA report, however, information that could still be interesting for the analysis of current gamers. Why might it interest us? The analyzes related to identity of gamers and their behaviorsboth for purchase and in titles such as simulators and management, can prove to be much more important than you think.

Just think of the case of some titles, including Animal Crossingan emblematic game of the first Covid-19 pandemic in 2020. The use of this title had in fact allowed users to keep in touch with people even at a distance for a long time, in addition to having demonstrated its “palliative” abilities for all patients with psychological and mental disorders, able to keep anxiety and other problems belonging to this spectrum at bay.

Understanding not only the approach that players have towards a title, but vice versa also the effects that the game has on them, is a very important two-way relationship. Not only if analyzed through the lens of pure marketing, but also from a sociological and, why not, psychological point of view. Video games can make a difference, you just have to really want to.

From Life Is Strange to The Last Of Us 2, the inclusion of LGBTQIA + ethnicities and characters

As we have seen from the psycho-sociological picture that has emerged from the reports of recent years, it is not enough to include the possibility of in one’s game customize an avatar on an aesthetic level. This option would deserve a deepening from the point of view of character and identity. A question that we imagine is not easily applicable, even in terms of coherence between the character in the round and the story and the context in which he is inserted. Even the slightest attempt to approach the creation of the characters in a transversal way could be an important step in the realization of future videogame products. It goes without saying that the motivations underlying the making of securities of this type are related to two macro lines of thought. The first refers to logic of “diversity and inclusion washing”as they say, the second is linked to the genuine attention towards these issues. 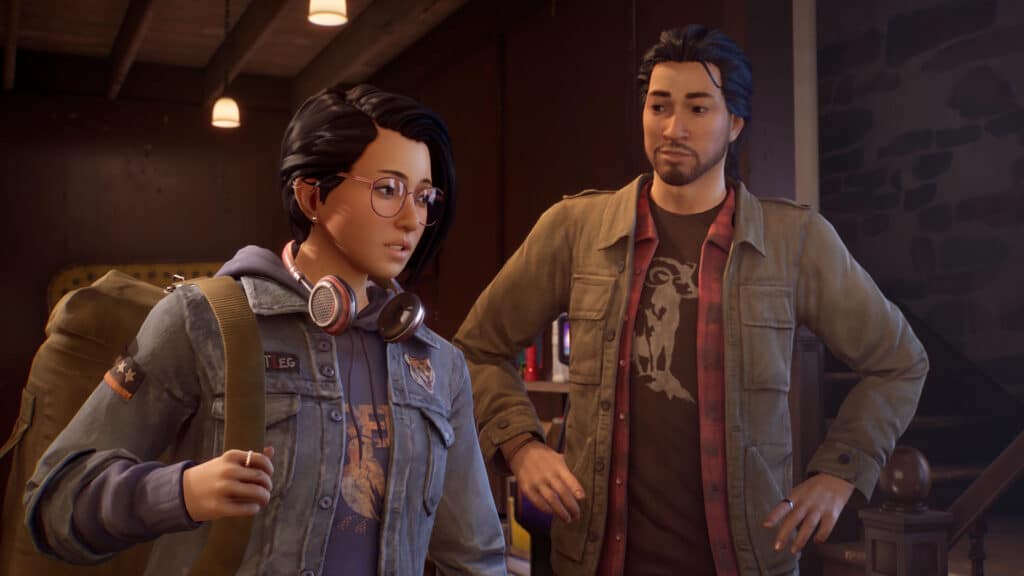 So far we have had titles on our hands that have shown closeness to the LGBTQIA + world. Going back in time, in the 80s and 90s the scene was very different from today. At the time there was a marked experimentation and diversity compared to today, free from precise and sometimes stringent controls. For this reason, on Mac OS they came out openly LGBT works, come Caper in the Castro e GayBladewithout forgetting Nintendo’s most determined attempt with Metroid.

On the more modern and contemporary front, on the other hand, we can think of the various identities that have appeared in the saga of Life Is Strange and in its spin-off, True Colors. In the third installment of this series, Daniel Diaz has the power of telekinesis. Can see the life of immigrant people struggling with situations racism and lack of integration. Still in the fourth chapter Alexthe protagonist, is queer and asian and he experiences discrimination in these two traits every day.

Among the videogame productions that, in their own way, have tried to approach representations “outside the stereotypes”, we start from a franchise that has recently produced a (relatively) new IP. Let’s talk about The last of Us Parte 2which dedicates a lot of space to LGBTQIA + characters, starting with one of its protagonists, Ellie. The girl, in this second act, has in fact revealed her homosexuality, without being the only representative of LGBTQIA + community. In fact, in the game we can also approach the subplot dedicated to Lev, a young transgender who identifies as male. He also renounces an arranged marriage and shaves his hair. A gesture allowed only to men according to the culture of the Seraphites.

Mental health and disability: when video games are attentive to diversity and inclusion

By further exploring videogame production, we cannot fail to mention an important and significant female character, in several respects. Let’s talk about Senua in Hellblade: Senua’s Sacrificewhere we meet a warrior conceived to give ample space to the theme of mental health. This is a first attempt, made in 2017, in the world of videogames, with the support of psychiatry experts to make the result accurate and as free of bias and possible offensive content as possible. 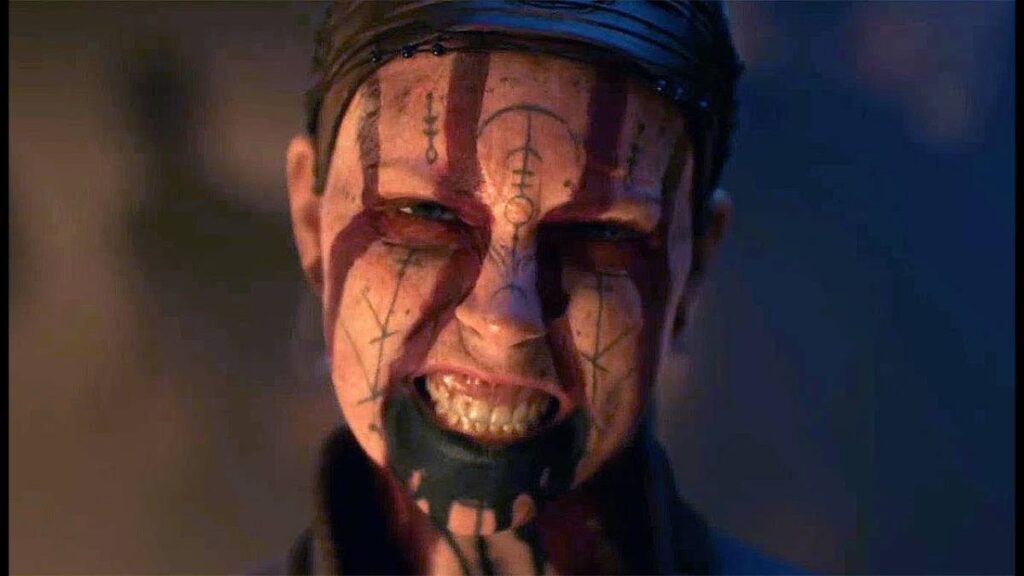 The experience offered in Hellblade: Senua’s Sacrifice, therefore, is precisely that of make the player experience a state of psychosis carefully reproduced with audio 3D binaurale. This technological solution has been designed to make us perceive a certain sound coming from a precise direction. In doing so, the voices turned out to be realistic and simulate the sensations echoing in Senua’s head.

The attention of the development teams has not only turned to psychological issues, but also to make video games more accessible to those who have physical and motor disabilities. The aforementioned The Last Of Us Part 2 provides beyond 60 different settings for players with impaired vision, hearing, or limited movement. Players can change settings for …