Netflix and Sony Pictures Animation present Vivo, a thrilling animated musical adventure coming to Netflix on August 6 with unreleased songs by Tony, Grammy and Pulitzer winner Lin-Manuel Miranda, as well as creator of Hamilton and In the Heights.

On July 31st Vivo will be presented in Italian preview at the Giffoni Film Festival in the Alberto Sordi room and in the Lumière room, in front of the jurors of the Elements +6 section. While on the small screen, will be available from August 6 on Netflix for all users.

The Italian version of the film will be enriched by the voices of Stash, frontaman by the multi-platinum band The Kolors (voice and guitar), songwriter and producer, interpreter of all the songs of the original protagonist Vivo, e by Massimo Lopez, actor, voice actor, show man, TV presenter and member of the well-known trio “Lopez, Marchesini, Solenghi”, who doubles the character of Andrès in the songs and dialogues.

Vivo: the plot of the exciting animated adventure

Vivo sees as its protagonist an original cercoletto (a small inhabitant of the tropical forests), who spends his days playing music in a lively square in Havana together with his beloved owner Andrés. Although they do not speak the same language, Vivo and Andrés are a perfect duo thanks to the passion for music that unites them. But a tragedy strikes them shortly after the arrival of an invitation from the famous Marta Sandoval to attend her farewell concert to be held in Miami, hoping to see her old partner again. It will be up to Vivo to deliver the message that Andrés has always kept secret: a love letter to Marta, written long ago in the form of a song. To be able to reach Miami, Vivo will have to accept the help of Gabi, an energetic girl with a rhythm of her own.

Vivo is an exciting story about how to show courage, about the ability to find a family in unlikely friends and how music can open your mind to new worlds. 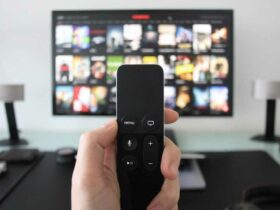 CHILI: here are the free horror movies on the platform