Apple is about to launch its new smartphone for 2021, iPhone 13. Now very little is missing, we should see the device within the half of September (in all probability the event will be on the 14th). But we already know (almost) for sure some details about the new iPhone, too juicy to remain secret. So here is a summary of all leak, features and rumors: everything you need to know about iPhone 13.

iPhone 13: Everything We Know Before Keynote

The iPhone 13 series should be quite similar to the current one, at least from an aesthetic point of view. The differences in design are there (and we will talk about them) but in principle they should have similar dimensions and features to those of the iPhone 12. We expect four devices: one 5.4-inch Mini version, model 6.1 inch base, a Pro of the same size and a 6.7-inch Pro Max. The Mini model of the iPhone 12 did not sell as hoped but it seems that Apple wants to try again with the 13.

Design: the news is in the details

We are not expecting a major revolution from a design point of view, so much so that Apple engineers consider these new devices one “s” version of iPhone 12 (according to Bloomberg). As mentioned, the size of the screen diagonals should remain the same, with a imperceptible increase in thickness (we are talking about just 0.26mm). This should allow you to use slightly larger batteries.

The base model should have the rear cameras positioned diagonally, a choice due both to design and to technical choices for optical image stabilization. For the Pro and Pro Max models, however, the layout remains similar. But the “square” where you find the cameras is larger than the first official cover, which seems to suggest the presence of larger sensors.

The notch of the device should be narrower. This is because Apple would redesign the placement of the camera TrueDepth for Face ID. Other analyzes argue that it will be smaller because the speaker will be above the frame instead of at the top of the notch. But almost all sources agree that we will find more screen space.

Finally, it appears that Apple wants to present one matte black version of the iPhone, which should make the footprints less prominent. Some sources even speak of a new color bronze, but this rumor remains rather uncertain. 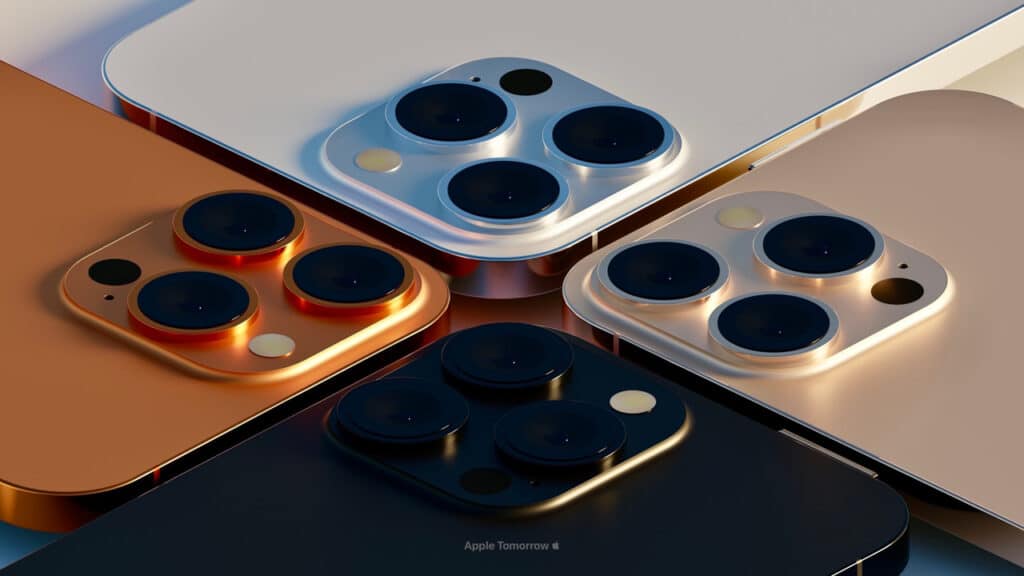 There are many news on which Apple is coming. But not all will arrive for iPhone 13: we should wait at least 2022. Among these is the presence of the USB-C input. According to the latest analysis, Apple would like to avoid switching to the USB-C standard and will stay with the Lighting input. That is until (in two or three years) it will be ready for an iPhone without ports, with wireless charging only and which points everything to the cloud. But next year in Europe the Cupertino company could be forced to present a version with a USB-C cable, due to some regulations in the studio at the European Commission.

Another novelty that Apple is studying is the return of the Touch ID. But under the screen, so as not to steal space from the frames. Many Android smartphones already use this possibility but Apple is still working on perfecting the process. AND it won’t be ready until next year. 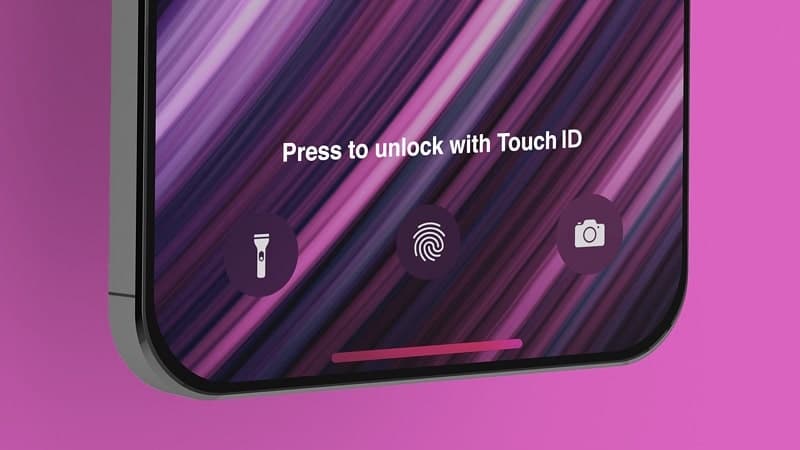 A new screen for a new iPhone

Perhaps the most awaited novelty from a constructive point of view is the screen with refresh rate a 120Hz. Almost all Android manufacturers have already proposed this technology, not only in the top of the range. But Apple has held back until today, for fear of a too strong impact on the battery.

A problem that can be solved thanks to technology LTPO, which allows you to vary the refresh rate depending on the use of the smartphone, from 0Hz to 120Hz. Samsung will provide the panels LTPO OLED, which Apple will apply in the templates Pro e Pro Max di iPhone 13, the ones with the best features (although other sources speak only of the Pro Max). While the technology is not expected to arrive for the iPhone Mini and the standard model, it should provide LG.

The possibility of screens could also arrive on the two larger models Always-On, which always show time, date and notifications. All without the screen lighting up, avoiding waste of energy.

Apple will use a new one 5 nanometer processor called A15 for its new iPhones. The chip will be built from TSMC, which is a real point of reference for the Cupertino company. We do not know at the moment any technical characteristics of the new processor. But we know Apple has ordered some more than 100 million and that TSMC has started producing them since May. The 5G module should instead be provided by Qualcomm: one Snapdragon X60. There is also a rumor that the 5G millimeter in Europe, but we do not know if Italy will also be in the count of the lucky ones. Also, there should be support for the WiFi 6E.

The batteries should be larger, although not by much compared to the iPhone 12:

Also, there should be support for the fast charging at 25W, up from last year (20W). Some rumors speak of the possibility of finding the reverse charging, for example to recharge the AirPods by placing them on your smartphone. There are currently no confirmations on these rumors.

Finally, it looks like the model Pro Max may have up to 1TB of internal memory.

The improvements to the cameras of the iPhone 13 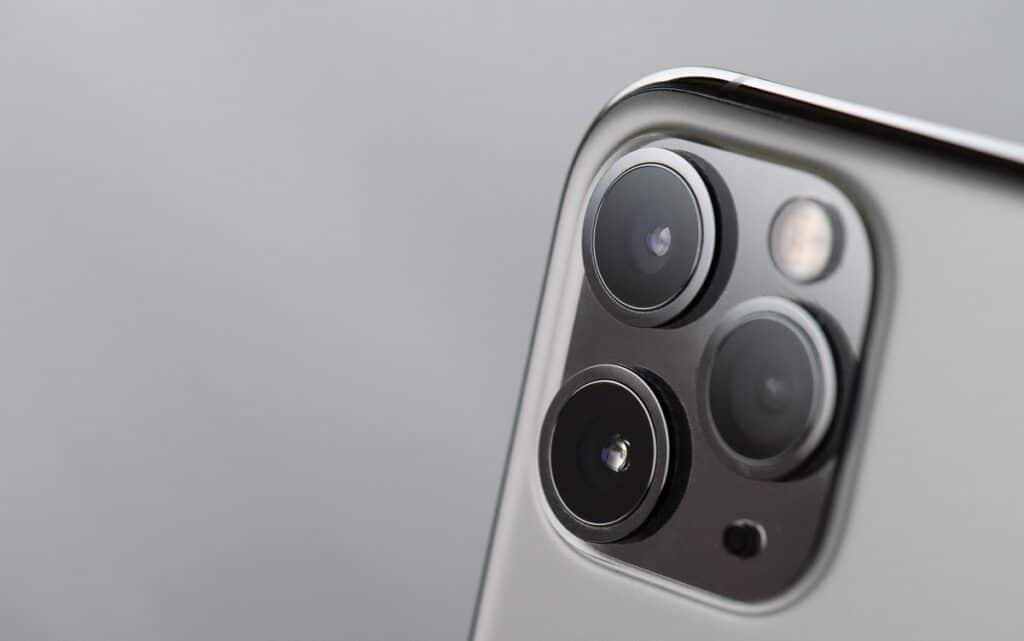 By the way, the ultra-wide camera on the Pros should have a new architecture a six elements and a better aperture at f / 1.8, which should let in more light. Also, it looks like this lens will have dedicated autofocus. The wide angle should remain unchanged for the smaller models, while iPhone 13 Pro Max will have a new f / 1.5 sensor.

The sensors of the Pro and Pro Max models should be larger than almost a millimeter (0.9mm) but be less thick. The sensor LiDAR it will be used even more to improve your shots. Finally, it seems that with the iPhone 13 Pro Max the format arrives ProRes, which allows you to improve the quality of 4K movies.

There are still no suggestions that can indicate the price of new Apple devices. But it seems that they should deviate a little from those of the iPhone 12 upon release. Release that should arrive soon. The announcement could come on September 14th (although 7 and 21 are still possible dates for the release). Apple is ramping up production to sell over 90 million iPhones by 2021, so you shouldn’t have a problem finding your smartphone at the Apple Store or online.

According to a recent report, it looks like iPhone 13 could be available for purchase as early as September 17, with the new AirPods 3 arriving instead from September 30th. These dates would seem to confirm September 14 as the presentation date. 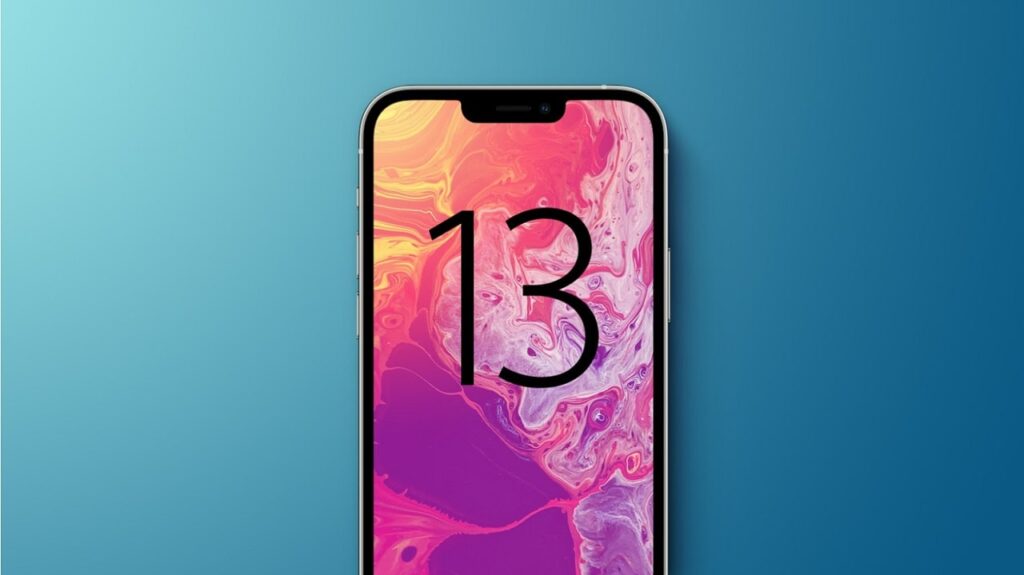 We will keep this post updated as soon as there is news, as well as posting new articles with all the rumors. Until September 14 (probably) when we can finally get our hands on the new iPhone 13 and tell you about iti all the official features and our impressions.