If you are tired of shooting and killing enemies repeatedly, or even just if you are looking for new stimuli in video games to renew your passion for them, then the “walking simulators” are for you.

This is one of those articles that sometimes do you good to write. Do you remember a few years ago? When all those indie titles appeared in the various stores that seemed to be made by one person in one day and where in the previews there were evocative images of empty and desolating natural scenarios? Well, those games, that genre, is mine favorite genre. I don’t want to make here, as is usual, a list of titles and speak more or less objectively about each one, but rather try to explain because this genre, considered (perhaps even rightly) boring, actually must be rediscovered and more enhanced.

Today the dominant paradigms of video games are dictated by frenzied rhythms of the modern world. Let’s think of the eSports phenomenon, in which players need a work out and a particularly exhausting preparation to be able to to compete. Not to mention all the action in which, once again, the pad skill in hand is the master. Games in which if you make a mistake and die, and in worst cases it touches you redo hours and hours of gameplay just to go back to the previous point. And I could go on. 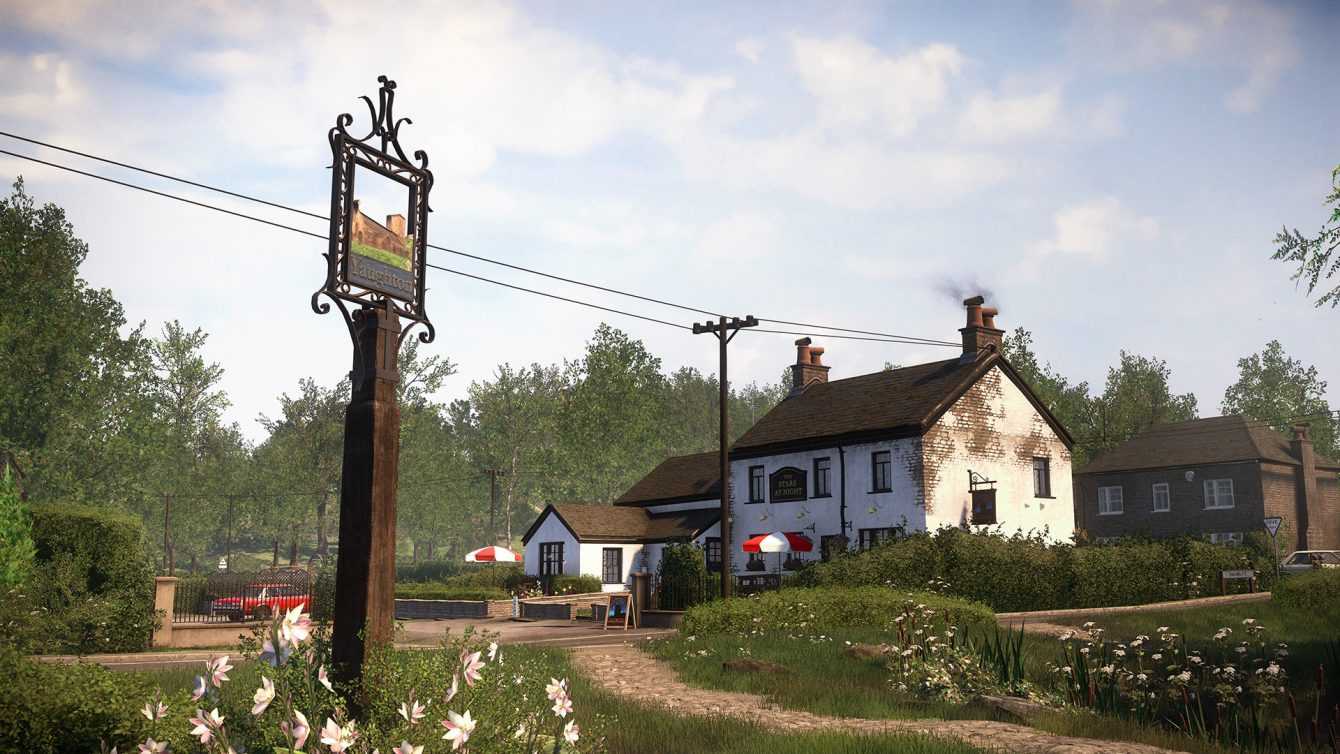 Elements of continuity – Walking Simulator: a tribute to a very peculiar genre

In short, as has already been understood, many of the types of games mentioned above often have elements of continuity. Requirements that serve to move forward and achieve the goal, such as the need to farmer with assiduity or a precise hand eye coordination. The right ones statistics to defeat the enemy and the reflexes train yourself allow you to to move on. This can also be extended to genres such as gdr / jrpg, in which statistics are central to the progression. In all this, the “walking simulators” offer an experience alternative, they don’t claim to be better or worse than other video games, but simply different. 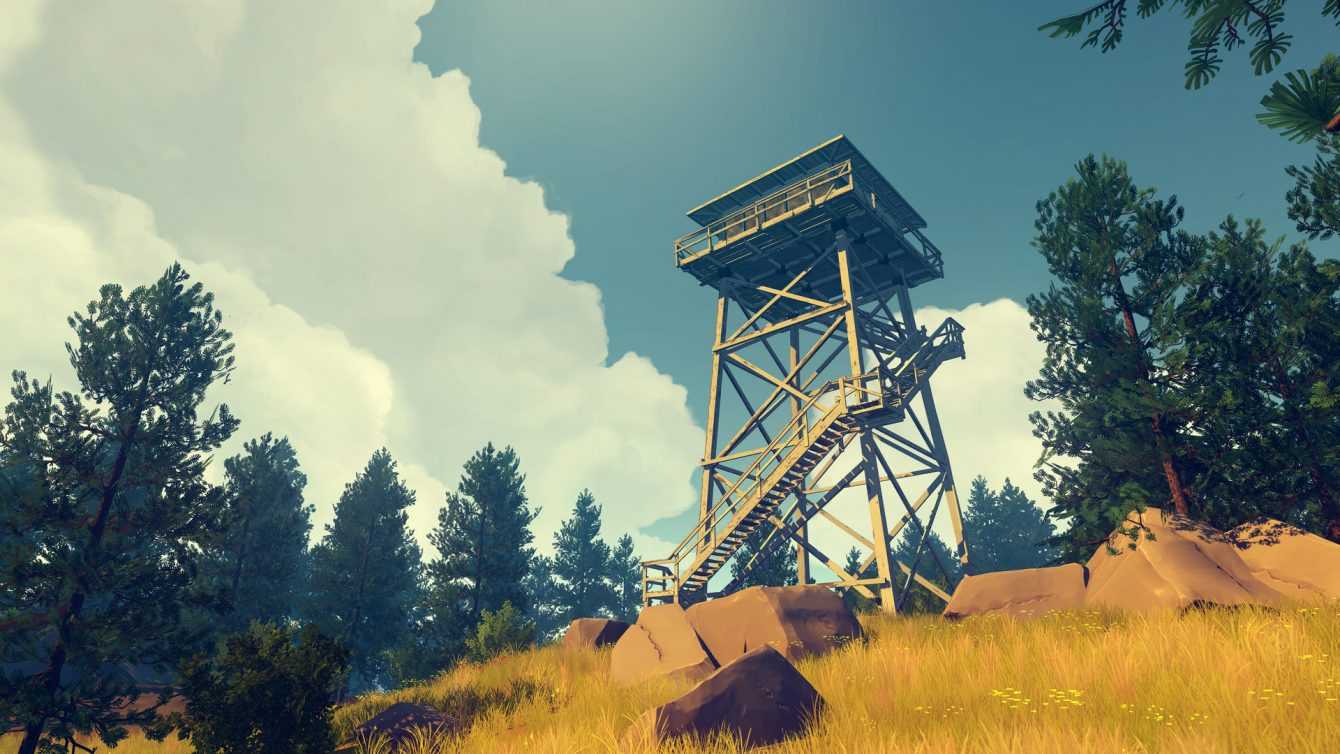 A genre with a thousand surprises – Walking Simulator: a tribute to a very peculiar genre

This genre, that of the Walking Simulator precisely, can reveal several surprises. These games have often been criticized because of theirs lack of content and playfulness, not comparable to other genres. The problem, for the writer, it lies in a lack of understanding and in a lack of experience. Let me explain better, if you can immerse totally in worlds of these particular titles it is possible to understand the foreign fashion with which we are told stories and we have the demonstration that it is also possible to play without the constant feeling of failure, without being assailed by the anguish of too strong an enemy or always being under pressure. In other words, relaxing.

Their peculiarity lies, as mentioned, in theirs way of narrating the events. Here the meaning of the story is conveyed by the so-called environmental storytelling. The latter creates a context in which the player is placed in the conditions to be able to reflect better on what is happening, out of the bubble din we are usually used to in action games. I will not make a list of all members of this genre. I will limit myself to discussing just one, which you have probably already heard of, which is done spokesperson and summa such. I’m talking about The Witness. 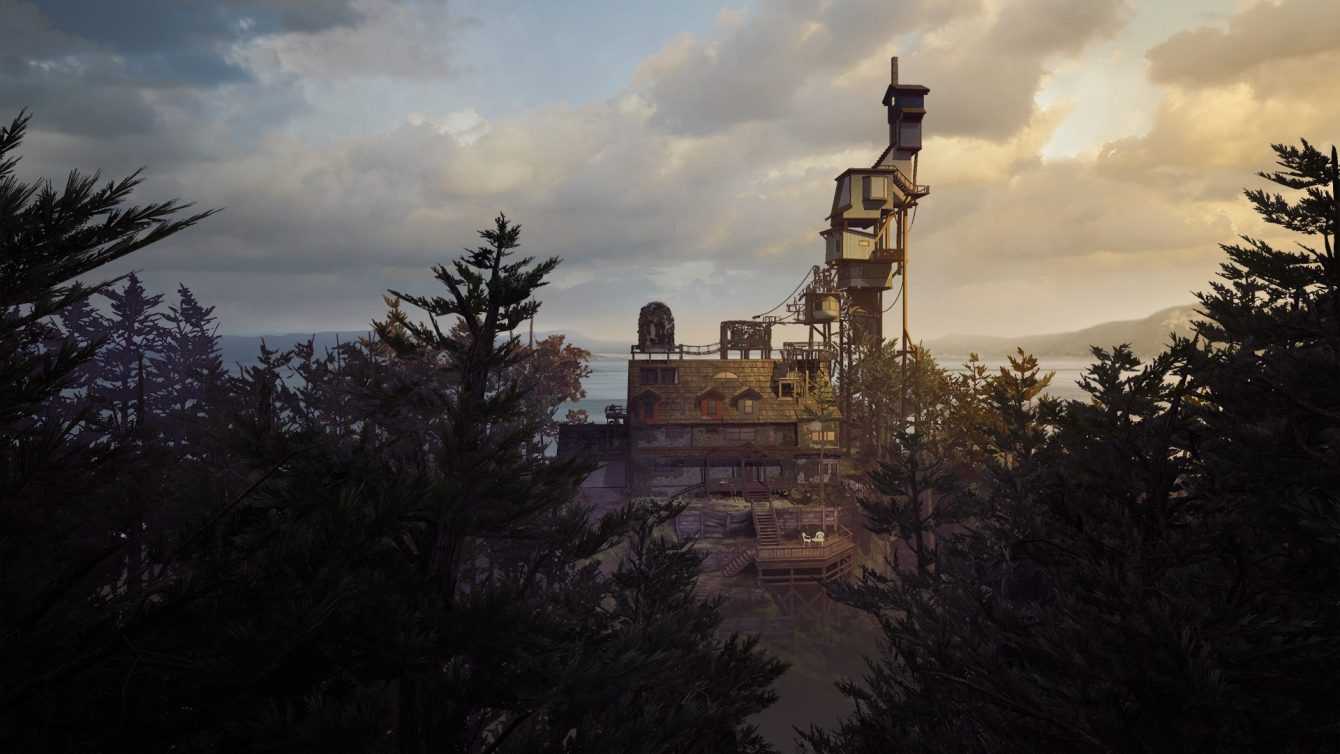 And then came The Witness – Walking Simulator: a praise to a very peculiar genre

The Witness, game released in 2016 conceived by the creative Jonathan Blow, has all the credentials to become a valid representative of the so-called Walking Simulator. For the simple fact that it has all of them features. Starting with “walking”. That is the almost absence of mechanics. In fact, in the game we can only do two things, walk and draw lines. Without forgetting, however, the freedom granted to the player, similar, in the relationship between player and model author, to that of The Stanley Parable. Finally, most importantly, i landscapes naturalistic.

It is thanks to the latter that it is possible to dive into the world with its hidden stories, sometimes implicit, and to breathe. As the quest of the monaco zen in Cyberpunk 2077: Without nature there is no Calm down and inner peace. 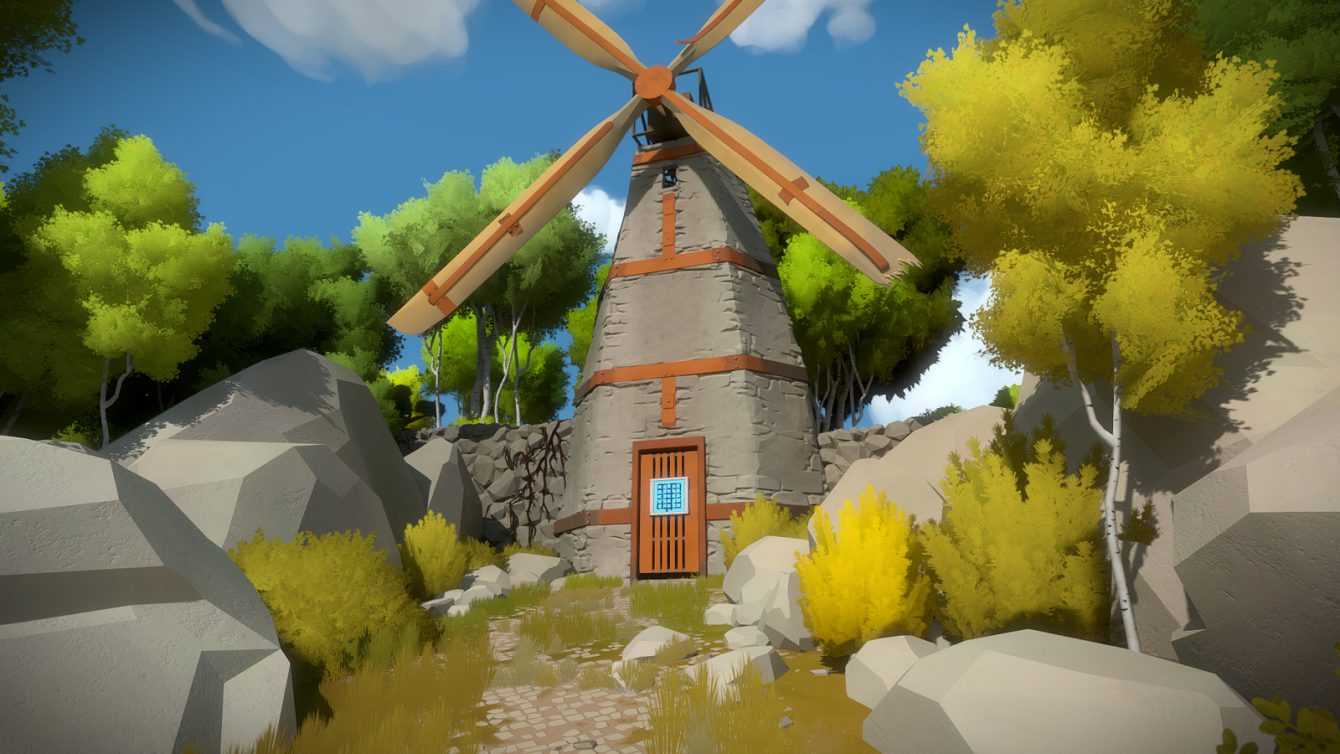 In addition to this The Witness is, for his structure and concept, probably one of the best, or whatever brighter, games of the last decade. In The Witness there is no explicit goal, the player, once collided in a dead end relating to a difficult puzzle, can retrace their steps and explore other areas of the map. The beauty of the title therefore lies in its predisposition to the player, thanks to its particular aesthetics and structure, to reflection on correct interpretation of puzzles, which in addition to being strongly linked to deductions logical mathematical, is suggested through the constant multisensory perception of the game world.

In this The Witness is, before the walks and the puzzles, an extraordinary one philosophical reflection on science and “spirituality”. I walking simulator they are therefore, in some respects, the closest thing to meditation that we can find in video games. I would like to say more, but mine is more a Invitation to play with it, because it is a strictly personal experience, which must be lived in first person. 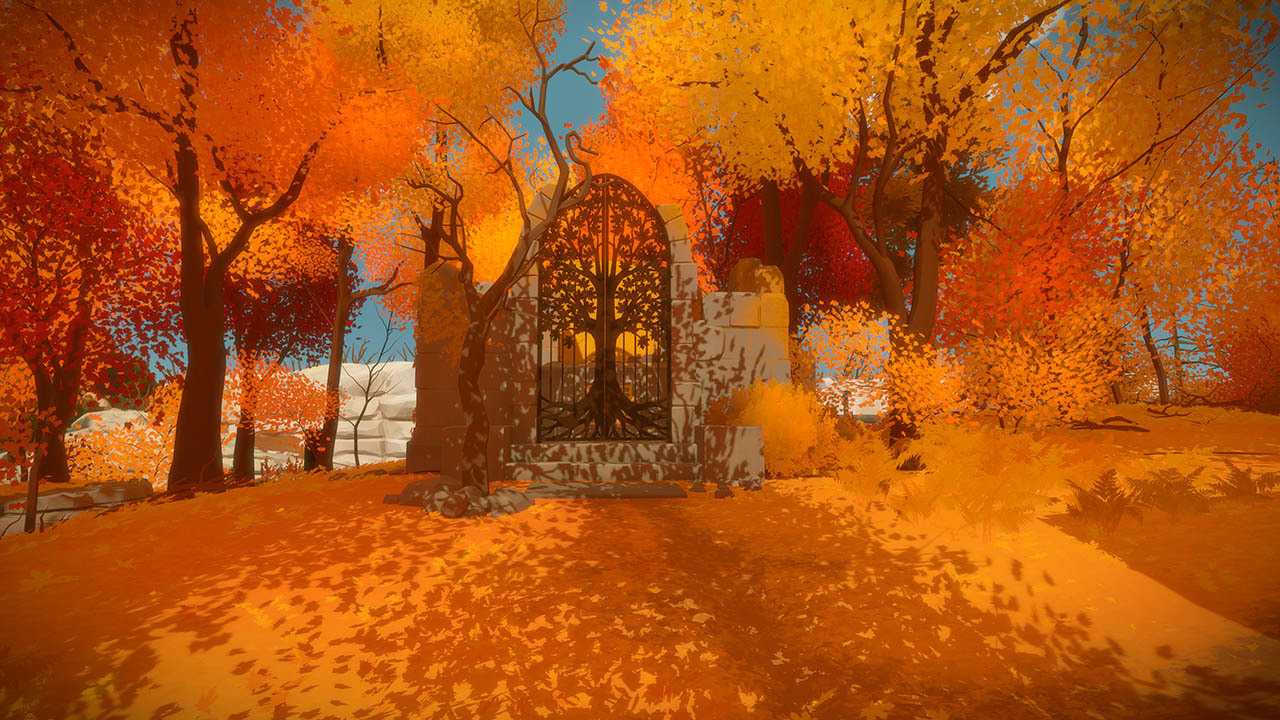 Finished the sviolinata on one of my titles favorites, I conclude by saying that this genre deserves to be rediscovered as capable of offering an alternative to paradigms mentioned above. The almost total absence of mechanics makes everything even more interesting and find out how i game designer they are forced to invent new ways in which to do to interact the player with the game world, represents, in my opinion, a element not to be underestimated, even for those who want to have an eye and an approach more analytical.

I Walking Simulator offer a way to detach from the usual (gameplay) routine we are used to, with an emphasis on elements come observation careful of the game world, which generates connections and inferenze on events outside our own perceptual field, freedom exploratory, the potential of the same videogame medium and, finally, more importantly, the emotions.

Let, here in the comments, your opinion on what is on balance, my favorite genre! To stay up to date on all the news from the world videogame and don’t just stay tune in on techgameworld.com.