The first of three backstage videos, by Frontier Foundry, dedicated to the development of Warhammer 40,000: Chaos Gate – Daemonhunters, is released.

Behind the scenes of Warhammer 40,000: Chaos Gate – Daemonhunters

Frontier Foundry, label owned by Frontier Developments plc, released the first in a series of Warhammer 40,000: Chaos Gate – Daemonhunters. The game, which consists of a turn-based strategy, sees the collaboration of the developers of Complex Games.

Episode 1 – Beyond the Gate, the first of three videos, gives players an overall overview of the title. In particular, we focus on the main game mechanics, explained by the creative director Noah Decter-Jackson. The Art Director also appears in the video Jonas Van Niekerk and the Lead Designer Peter Schnabl, who explain their work on videogames. The Complex Games development team introduces players to the two main game mechanics. The first, Tactical Combat, guarantees total control on the battlefield: this allows complete customization of the scenario, from the command of the attack force on the ground, to the use of obstacles and environmental dangers. The second, Strategic Management, explains the management and repairs of The Baleful Edict, the battle cruiser present in the game.

The game will be released in 2022 for PC and will be available on Steam and the Epic Games Store. 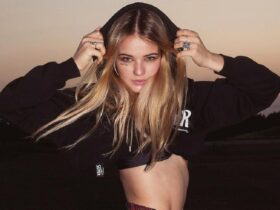 Fortnite introduces a mode inspired by Among Us