There are still a few weeks left until the release for Nintendo Switch from WarioWare: Get It Together!. However, a version has already been available for a few days demo of the game, free and designed for let everyone get a taste of this title before deciding whether to buy it or not. We also took advantage of this opportunity to try the game. So here’s what we learned by playing the WarioWare demo for Nintendo Switch.

Our test of the WarioWare demo for Nintendo Switch

WarioWare: Get It Together! is no exception to the previous titles in the series, which started in 2003 for the Game Boy Advance and the GameCube and continued through all Nintendo fixed and portable consoles. The elements carried are in fact always the same: puzzles, frenzy e oddity.

The demo offers “in small” what will be the main game mode: a succession of simple puzzles to be solved very quickly, one after the other. The little time needed for each puzzle, marked by the frantic pace of music, pursues the player in his every move. Losing a puzzle means losing one of the four available lives. The aim is to solve as many puzzles as possible before you have finished all the lives.

The proposed challenges, as attempts are made, become more and more familiar and recognizable at a glance.But the game does not allow us to rest on our laurels, given that as we progress the speed and the difficulty increase. There is also another element that complicates the game, making it even more varied: to solve the puzzles we will have to use a team of characters, each with ability to move e different powers. The characters are used in rotation, not allowing us to choose one in particular to solve the puzzle of the moment. In addition to the difficulty of identifying the puzzle there is therefore also that of understand on the fly how to use that particular character in that particular context. 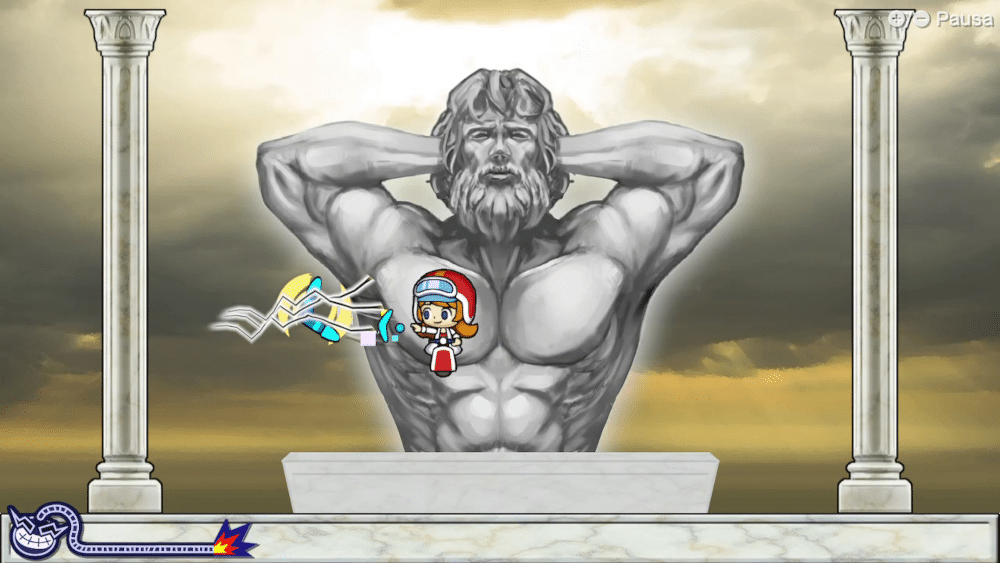 We also mentioned the strangeness, which aesthetically characterizes many aspects of the game. The characters, but especially the challenges and backgrounds, often have an aspect sketched, absurd O grotesque, dictated by a very Japanese humor. A discourse that also applies to the themes of the challenges: in fact, we will have to pluck armpit hair from a muscle man, or chase away flies from unlikely places, or again catch helicopter fish to feed angelic cats.

It costs nothing to try

Since this is a free demo, our advice is to go to the Nintendo eShop, download it and try it. We are sure that, like us, you will be looking forward to playing the full title.