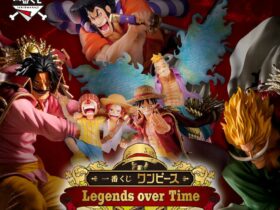 Mr. Potato: Hasbro’s historic toy will no longer be a “Mr.”, but will it embrace gender free by simply calling itself Potato Head?

The news comes directly from the USA and is immediately uproar. The toy that reached the pinnacle of its success thanks to the animated film Toy Story is at the center of a media fuss resulting from a recent tweet from Hasbro. According to the latter, Mr. and Mrs. Potato will embrace gender neutrality, simply calling themselves Potato Head.

Mr. Potato becomes “gender free” and will only be called Potato Head

Although the confirmation came unofficially from Hasbro itself, the toy company has decided to turn around (or was forced to) because of the media catastrophe following the tweet. After the announcement of Potato Head, a tweet was in fact published that quotes textual words:

It seems really plausible that the plans were different from those that emerged in the last post. In fact, from the packaging shown in the recent tweet we see the new logo “Potato Head“, With a cartoon in the lower left corner to highlight the name of Mr. e Mrs. Potato. This completely refutes the initial communications from Hasbro, which was implementing this choice in order to make any child choose the composition of their “potato family”, regardless of gender.

What do you think? Let us know with a comment! We remind you to keep following the techgameworld.com pages to stay up to date on the world of collecting, gaming and much more!