According to some rumors that have emerged in the past few hours, person 6, the new chapter of the successful JRPG Atlus series, could arrive as an exclusive PlayStation 5. To reveal the information is the well-known insider Nate the Nate, who in addition to this explained that Persona 4 Golden will arrive on Nintendo Switch, PlayStation 4 and PlayStation 5. Let’s take a look at the rumor in detail.

Will Persona 6 be PlayStation 5 exclusive?

According to what was explained by the insider in his latest YouTube video, Persona 6, the new title of the Persona franchise will be announced as an exclusive PlayStation 5, pigeonholing itself as the first next gen title of the famous JRPG series. As for the announcement, this could come on the occasion of the Persona Anniversay, the event scheduled for March 17 this year.

Moreover, the Japanese software house has already confirmed that in 2022 it will publish a video game that will become the new standard for the studio, even if it is not clear what he was referring to. Many have actually thought about the next chapter of Persona, but Atlus also has the phantom in development Project Re Fantasy, which should be a reinterpretation of the classic JRPG styles.

To enrich the rumor spread by Nate the Nate there is the alleged arrival of Persona 4 Golden on Nintendo Switch, PlayStation 4 and PlayStation 5. The remaster (or remake?) Version of the fourth chapter of Persona has been rumored for some time now, and being a title released exclusively for PlayStation Vita it would actually be useful to have it on consoles that are still supported.

There would be in this regard to mention that too person 3 has been the subject of rumors regarding a possible remaster, and the occasion could be propitious to propose a collection containing both titles. However this is all unofficial information, so we advise you to take it with a grain of salt, for sure we will know more next March. 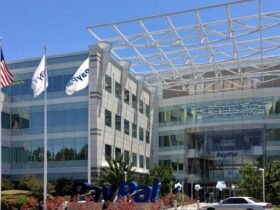 Respawn Entertaiment: the director of the new game leaves the studio