The Xbox Game Pass is updated with other new games within the already very large catalog, offering among the various titles also a brand new and highly anticipated game since its day one

As Microsoft has accustomed us over the last few years, other games will soon be added to the Xbox Game Pass, following the bursting trail marked by numerous other titles for some time now. Among those that will be added to the catalog in this latest update, there are also titles released relatively recently, as well as games large caliber which are in the pipeline in the next few days. Microsoft seems to be enjoying great success with its new method of offering the gaming park, and it is unlikely that it will stop very soon.

Already today, among the new games, Outriders will be available within the Xbox Game Pass on PC, as reported in the latest news. Instead, as for the others, we will have titles anyway definitely interesting: Starting October 21, Dragon Ball FighterZ, Echo Generation and Everspace 2 will arrive on Xbox Game Pass. 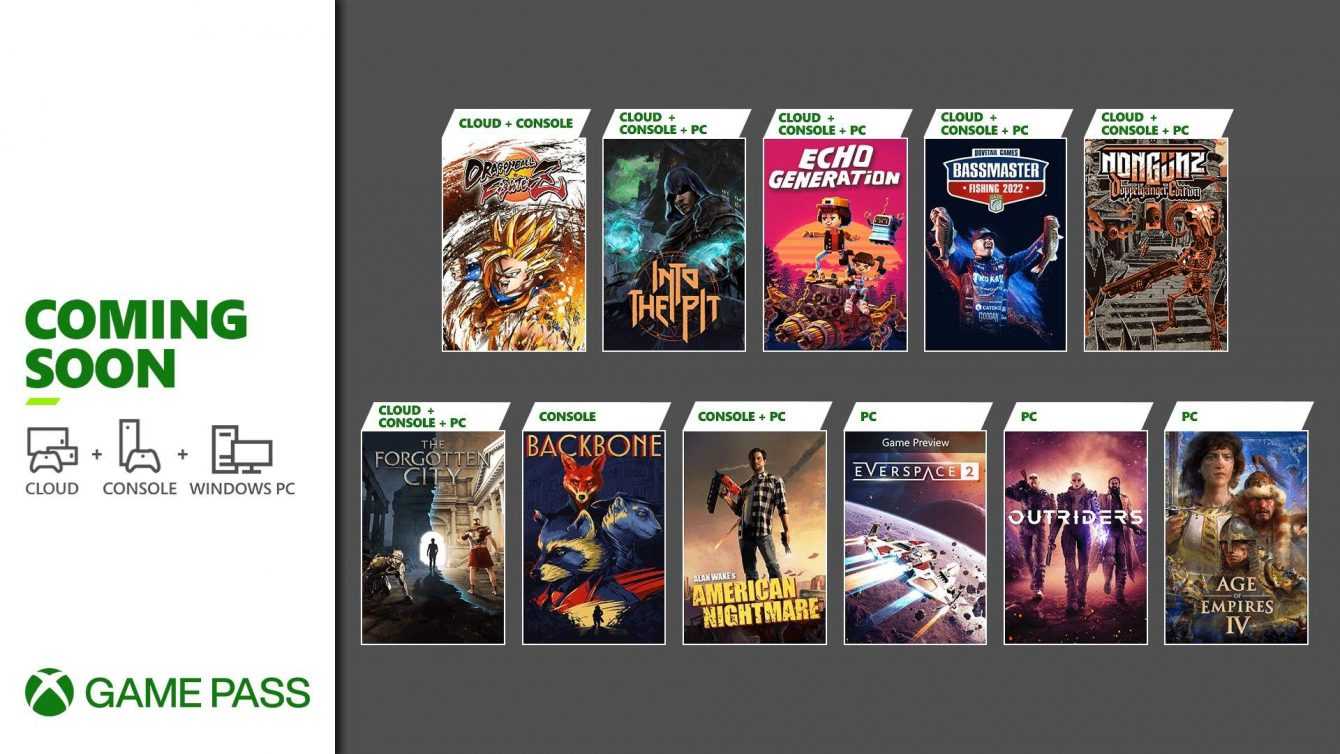 A further roundup of titles will also be arriving on Xbox Game Pass the following week:

But one of the new games most important that will arrive on Xbox Game Pass will certainly be the long-awaited Age of Empires 4, which will become available in the catalog since day one on PC, on October 28th. In addition, Bassmaster Fishing 2022 and Nongunz: Doppelganger Edition will also be added on the same day.

Keep following us on TechGameWorld.com for more video game news, and check out the Instant Gaming store for new games at discounted prices.