Yesterday the pre-orders for theXbox Mini Fridge, the mini fridge distributed by Microsoft with the features of the Xbox Series X. As expected, the device was sold out in an instant, as it was one of the most anticipated tech items of the year. Also this time behind there are the scalper: but let’s go in order: what is the Xbox Mini Fridge and why were people anxiously waiting for it?

A meme that becomes reality

It’s rare to see a company meme come true, but that’s exactly what happened with the Xbox Mini Fridge. In fact, you will all remember that when the new generation console from Microsoft was revealed many people compared it to a refrigerator. Memes were going crazy at that time and the Redmond giant decided to exploit them in its favor.

Precisely for these reasons the company has begun the production of this mini fridge with the features of the new generation console of the Xbox home which, since the first promotional spot, has undergone met the sympathies of fans. It didn’t take long for it to become one of the most anticipated products of the year, to the point of convincing Microsoft to distribute it even outside the US.

In Italy the fridge is distributed by GameStop, at the price of 99,99 €. The Xbox Mini Fridge is aesthetically a faithful reproduction of the console, but inside it can hold up to 12 cans and also has two pockets in the door to accommodate snacks. On the front, then, there is space for a USB port that allows you to charge electronic devices, while the fridge itself will be powered thanks to the DC adapter supplied in the package.

The availability of the fridge is limited, so only a certain amount of copies have been made available. Unfortunately, however, not everything went according to plan.

Xbox Mini Fridge in the sights of scalpers

On October 19th, the mini fridge was briefly available for pre-order. Let’s briefly say why the product literally sold out, with the pieces sold out in no time. Unfortunately this has only partly to do with the great expectation that went around the fridge: in fact, much of the work was done by the usual scalper.

Just take a trip to eBay to realize the gravity of the situation. You will find in fact Xbox Mini Fridge for sale at crazy prices, which in some cases exceed € 300, more than triple the list price. As usual, these self-styled criminals have taken away the ability for genuinely interested users to get their hands on the device. 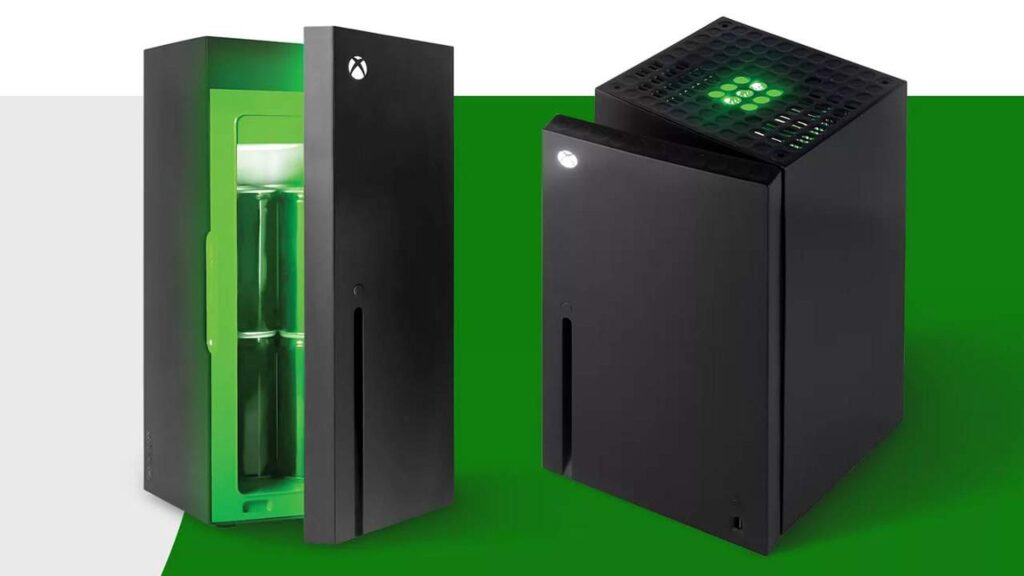 For the moment, there is no news on any restock by the company in the next few days, and there is even the possibility that such stocks could be targeted again by scalpers. At the moment, therefore, all that remains is to wait for an official communication from Microsoft, which probably will not be long in coming.

Anyway, for those who actually managed to book one, the consegna is scheduled for December, just in time for the holiday season. The hope is that of not having to give up a nice Christmas gift just because of organized groups on the web.