Can the best buy smartphone in the mid-range of the last generation still be considered the reference point to buy? Let’s find out in this Xiaomi Redmi Note 9 Pro review

Almost a year after the launch, despite the arrival of its successor Redmi Note 10 Pro, Xiaomi Redmi Note 9 Pro remains among the most interesting and recommended smartphones within the mid-range of the market. Now arrived on the stable threshold of 200€ with the justified reputation of best buy in the category on it, it is important to understand if, with competition (even internal) even more fierce than at launch, we can still speak of best buy.

Considering, among other things, that it is a smartphone subject to numerous offers and often featured even in large electronics chains, let’s try to understand with this review if Xiaomi Redmi Note 9 Pro can still be considered the best all-round alternative, so much for theaverage user as for the user who is particularly informed about the mobile world.

Xiaomi Redmi Note 9 Pro perfectly embodies the concept of medium range which should populate the market. On an aesthetic level, it certainly does not shine for originality (on the other hand it is difficult to say it a little for all price ranges) but despite this it proves to be cared for in every detail. I still have the even older Redmi Note 8 Pro at home and from the comparison it is evident how Redmi Note 9 Pro is the direct evolution, with some changes in aesthetics (small but substantial) that demonstrate the willingness to keep up with the times.

If there is little to say on the front, with a notch that changes style but does not drastically change the recipe, the rear is finally made of glass partially mirrored but at the same time retains not a little fingerprints. The frame that has become metallic embellishes the entire proposal giving a feeling of a higher-end smartphone. Beautiful aesthetics and functionality: this is the combination on which Xiaomi points to in this price range and is confirmed by a design, as mentioned so far, capable of not disfiguring even in front of higher-end devices but also some peculiarities in the equipment between which the IR sensor placed at the top and the jack audio da 3,5mm for which few producers now show interest. Elegant in detail but certainly not easy to hold in your hand, the beyond 200g of weight (however well balanced) and the large display feel. Attention to details demonstrated and also confirmed by the presence of a silicone cover inside the package, not a thing to tear your hair for, but what more could you want for € 200?

Xiaomi Redmi Note 9 Pro is equipped with a display da 6,67″ FullHD+ (1080 × 2400) with IPS technology. The panel of this device is certainly not the most exciting feature but it manages to defend itself discreetly. We must necessarily forget about the colors of an AMOLED display and unfortunately the refresh rate is still limited to 60Hz. Once we have learned the limits of the technology adopted, it remains to be said that we are facing one of the best IPS panels on the market.

In everyday use it is a display that is appreciated both by definition and by color fidelity which work best especially when scenes tending to bluish colors are reproduced. Good maximum brightness even in very bright environments. On the market now there are smartphones on the threshold of € 200 equipped with an AMOLED panel but they are not so many to consider the Redmi Note 9 display a real limit, indeed, it is promoted with flying colors within its category.

Redmi Note 9 Pro is not only the maximum representation of the mid-range concept on an aesthetic level, but also carries the same philosophy to the hardware equipment. The smartphone is equipped with Qualcomm’s excellent processor, lo Snapdragon 720G, an octa core of 2.32GHz assisted by well 6GB of RAM. The processor guarantees rock-solid performance in carrying out practically any operation, to the point of not feeling the need for a more recent or generally more performing hardware equipment. Performance, temperature and battery consumption represent three parameters that reach values ​​among the best in the category thanks to the Snapdragon 720G which, not surprisingly, is among the most successful of Qualcomm in recent years. Applications are perfectly and pleasantly navigable without no jamming or the slightest lag. Even the loading of the same takes place quickly thanks to the adoption of one internal storage choice between 64GB or 128GB (in the case of the sample taken in question) of type UFS 2.1, therefore among the fastest standards currently available.

Xiaomi Redmi Note 9 Pro è the ideal smartphone for those who do not need disproportionate power but want a performing device in classic social use which characterizes the majority of users. Speaking of performance, however, and considering that this review wants to give some ideas a year away from launch to make a purchase even more aware, I must report that I have encountered a rather unique problem of which I have not found any complaints around. When navigating inside the launcher, a sort of small flicker occurs, as if there was a slight lag not due to the performance of the processor, but rather it seems to be the refresh rate of the display that inexplicably fluctuates. Nothing particularly disabling that in reality at times disappears completely, but still to report.

The GPU Adreno 618 accompanying the processor does not show the side even in video games like Call of Duty at maximum details, keeping the framerate always high. It is also possible to unlock the smartphone through the classic facial unlocking, however not embellished with special dedicated sensors, or through a fingerprint sensor placed inside the side power button. A perfect Sony old style solution that I personally adore madly. On the one hand, it is true that at this moment several smartphones with more performing hardware have been presented within around € 230-250 but it is equally true that, depending on the various offers, under € 200 it is still very difficult to find better and this Redmi Note 9 Pro can still make a difference, especially for those who are already at the maximum limit of their budget and do not want to go even further.

The photographic sector of Redmi Note 9 Pro is composed of 4 sensors at the rear (64 MP at main, 8 MP wide angle, 5 MP macro and 2 MP depth sensor). Now we are no longer surprised, in real daily use, only the main sensor and the wide-angle one are really useful, the other two are certainly nice to have them but they are not so useful. What amazed me about this smartphone, unlike for example Redmi Note 8 Pro and other competitors in the same price range, is that Xiaomi has pushed a lot on the quality of the photographic sector, coming to guarantee performance, in well-lit situations, decidedly remarkable. The shots taken in optimal lighting conditions are easily comparable to those of higher-end smartphones, and already in this there is an applause to Xiaomi. The difference between a smartphone from 200 € and 400 € is precisely in the quality of the photographic sector, since the remaining hardware differences do not really offer a perceptible difference in daily use. In this case the shots taken by the main sensor are excellent, with a good white balance and well defined.

Unfortunately, the same cannot be said for the wide-angle camera, which remains a fun aid for some shots to post on social media but no more. The photographic sector, however, amazes even in conditions of poor lighting and at night, contexts in which the quality inevitably drops but remains above the average of mid-range smartphones. In this regard, I would like to open a small parenthesis since we have the opportunity to analyze the behavior of the smartphone one year after its launch.

Very good too 16 MP front chamber. Unfortunately, only at the mid-range level the quality in video recording (up to 4k 30fps), which loses some of the quality that the sensors give in the shots due to the lack of any type of stabilization.

One of the reasons why this Xiaomi Redmi Note 9 Pro has been so successful, lies precisely, as mentioned at the beginning of the review, in the completeness of the offer. It is almost needless to say now that this is a smartphone with which we had no problem making calls. The system speaker, unfortunately only mono, has a high volume but lacks presence in the low frequencies. Excellent modem for receiving dual band Wi-Fi. The hardware equipment is completed by a feature that is often hidden in this price range: theNFC.

Finally it is also possible to take advantage of the streaming service in HD thanks to the presence of Widevine level 1. 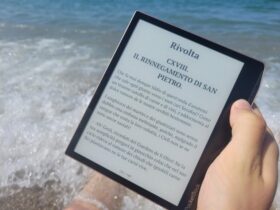 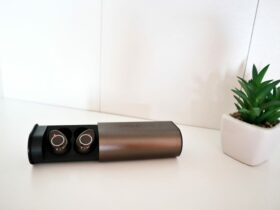 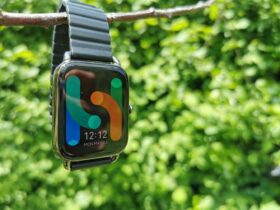