Xiaomi’s 2022 opens with a bang: the Asian multinational will in fact be a partner of the Milan 2022 Fashion Film Festival, which will be held from 14 to 18 January in the Lombard capital. An Italian event, yes, but of international scope that will celebrate the magical union between fashion and cinema.

Founded and directed by Costanza Cavalli Etro and created in collaboration with the National Chamber of Italian Fashion and with the support of the Ministry of Foreign Affairs and International Cooperation and the ICE-Agency, the festival, now in its eighth edition, presents a hybrid, digital and face-to-face format that will allow the public to show the world of fashion in another guise, no longer just as a celebration of the most renowned fashion houses but also as a system attentive to major social issues, through the language of cinema .

With this new collaboration, Xiaomi confirms, in line with the path undertaken in 2021, its role as a promoter of art and creativity, positioning itself as a brand increasingly involved in projects of high cultural value in the name of innovation, which has always been a heart company button.

In fact, since 2014, FFFMilano 2022 has been proposing a format that transforms the occasion into an incubator for young emerging talents accompanied by the big names in international fashion and direction. Already inserted in the world of fashion, and previously in that of cinema and art, Xiaomi now supports the world of inclusive fashion film that gives space to everyone, especially young people.

“Cinema and figurative art in general have marked the most important stages of our journey as a brand in Italy, therefore this new partnership with Fashion Film Festival Milano, considered one of the most important international platforms for cultural encounters in favor of the exchange of ideas, styles and artistic expressions from all over the world, it is certainly a natural evolution of a path that began almost two years ago – said Davide Lunardelli, Head of Marketing of Xiaomi Italia. “I am sure that this collaboration can give life to new ideas and can enhance the talent and creativity of many young people”.

As part of the partnership with Fashion Film Festival Milano, Xiaomi will be partner of the “Elio Fiorucci – Free Spirit” event, a Film Premiere and special screening of the documentary by directors Andrea Servi and Swan Bergman which will take place in February at the Triennale Milano Teatro. 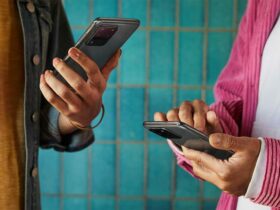 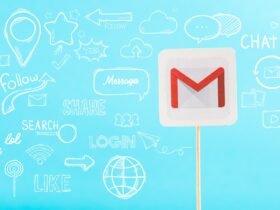 Gmail: Are video calls coming directly from the app?

Compulsion Games: the We Happy Few studio working on a new game