After the Fascino 125 Hybrid and the Ray ZR launched in recent years (unfortunately) only in India, Yamaha launch the Fazzio a new hybrid scooter this time destined forIndonesia and to Thailand. Although hybrid technology is not widespread in the world of two wheels, the Japanese brand seems to be of great interest, which is launching a new business model, which for now does not seem to intend to export to Europe as well.

The proprietary technology that Yamaha calls BLUECORE Hybrid it is based on a 125 cc heat engine assisted by an electric motor, which is activated in particular for departures from the red light.

The energy of the hybrid engine is then transmitted to the wheel via a change cvt it’s a belt. The whole produces approx 8 cavallibut the distribution between thermal and electrical power was not disclosed.

Yamaha Fazzio, beautiful design and trendy colors. But how much does it pollute?

The look of the Fazzio it is as always well-groomed and shows a brightly colored livery that seems to be so popular in Southeast Asia. While the dimensions are not particularly impressive, and so where to be as this scooter faces the urban jungle, it boasts a saddle pad with a capacity of well 18 liters which allows you to insert quite a few objects effortlessly. The question of why Yamaha does not offer hybrid scooters in the European market is perhaps to be found in the consumption and pollution standards. Two characteristics about which Yamaha does not provide accurate information for its “Asian” hybrid scooters. This could be the reason why the Japanese company is “forced” to confine this small scooter with its beautiful design and its trendy colors to the Asian market. Maybe another type of hybrid scooter will emerge in the next few years? Without a doubt it is what one hopes for, perhaps with the same price with which it is sold in the other part of the world, or an equivalent of only 1.300€! A figure that if it would be proposed again in the Old Continent could really attract many buyers who move daily facing the traffic of large cities and do not want to depend on the autonomy of the batteries of an electric scooter. 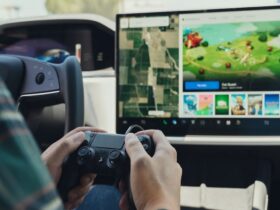