The The claim of the new Sky WiFi campaign is “Fiber as strong as Ibra”And anticipates the debut in the role of testimonial of Zlatan Ibrahimovic. The AC Milan striker is, in fact, the new face of the promotional campaign, on air from this week, created by Sky WiFi to promote his optical fiber. It should be noted that with the new campaign a new offer is also available to access Sky WiFi services.

In the new Sky WiFi campaign, Zlatan Ibrahimovic will personally experience the power and stability of the optic fiber of the operator who will have to match the champion’s sports performance. Sky WiFi fiber is available today in over 2900 Italian municipalities and represents a point of reference in the domestic connection sector. The choice of Zlatan Ibrahimovic as a new testimonial represents a new step forward in the operator’s growth program.

The campaign starring the AC Milan striker is also an opportunity for the launch of new offers. Today, in fact, Sky WiFi offers a new subscription starting from € 24.90 per month for 18 months. Also noteworthy is the possibility of being able to bet on a combined offer with Sky Q. The new feature is also included in the subscription “Safe Wifi”Which allows you to secure your home connection. 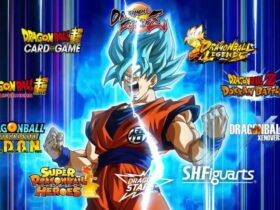