Acer Enduro Urban T1 is Acer’s new tablet, a model built specifically to be extremely resistant and to optimally withstand any type of impact. After testing it for a long time and using it for various activities over the course of two weeks, we are ready to offer you our review of the Acer Enduro Urban T1, a device that seemed to us actually bombproof.

Acer Enduro Urban T1 is a tablet created to withstand most of the shocks that all our devices suffer every day, especially for all those who live a busy daily life or characterized by dynamic workplaces. Despite its “armor” the device remains quite light, weighing only about 600 grams, with a thickness of 9.8 mm.

The first thing we noticed is that, although Urban T1 gives a feeling of solidity even just holding it in the hand normally, this feature does not affect its portability, making it the perfect partner for those who often travel for work or for scenarios that would put a strain on a more traditional tablet.

It is no coincidence that we immediately thought that it is a tablet particularly suitable for children, to whom we can entrust it without fear that the latter will break it or compromise its functioning. In this regard it must be mentioned the shell, made of shockproof material and equipped with reinforcements at the corners. The waterproof design for keys, connection ports and speakers completes the picture.

During our test we have constantly brought it with us, to test it in different and varied situations. The result is that the tablet has never shown signs of sagging and you have not suffered damage of any kind, proving the solidity of the materials with which it was built. So if you are looking for a bombproof tablet Enduro T1 is definitely for you.

The technical side and autonomy

From a technical point of view Acer Enduro Urban T1 mounts a display from 10 pollici Full HD (1920 x 1080 pixel) multitouch and a quad-core SoC MediaTek MT8167A. Just the display behaves quite well, and guarantees a sharp image rendering in practically every situation.

There is also no shortage of dual band WiFi and Bluetooth, a front camera from 2MP and a rear one from 5MP. As you are surely thinking, these are not goals of excellence, quite the contrary, but it must be emphasized that you will hardly use this device for cameras, so this lack does not make itself felt more than necessary.

The autonomy, on the other hand, is configured as in line with the industry standard, with a battery from 6000 mAH, which guarantees a total duration of approx 9 ore, depending on the use we make of the device. Enduro holds up well almost all the applications on the store, but in some specific areas it is in some difficulty. One above all is the gaming sector. 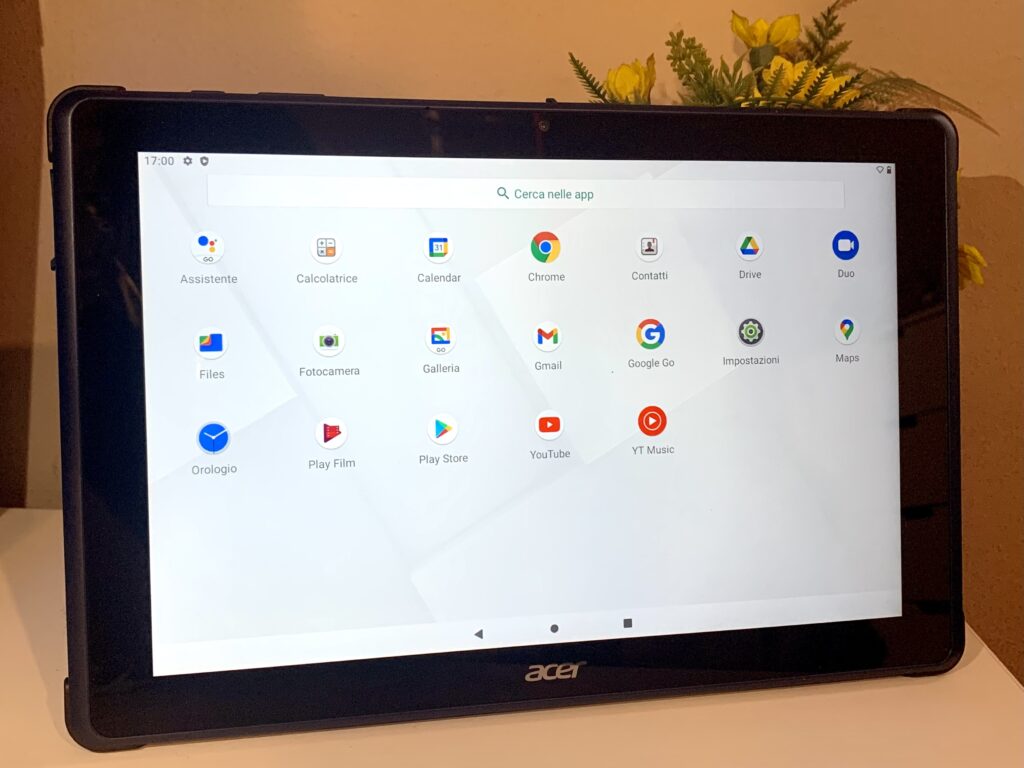 Of course, as is often the case with all tablets, we will see the battery percentage drop to peak if we use particularly heavy software, such as video games, which will download the device in a few hours, according to our experience about 3/4 .

The infrastructure of Acer Enduro Urban T1 is based on a Android 10 operating system, with 2 GB of available RAM. As we have already mentioned several times, during our test we practically did everything with the Enduro tablet and it did not always prove to be up to the task assigned.

Our first interactions with the tablet took place through simple applications useful for organizing our daily work. Documents, notes, messaging apps; Enduro Urban can handle this kind of programs without problems and guarantees a smooth navigation from one screen to another, also thanks to the compact size, suitable to keep it always next to us. 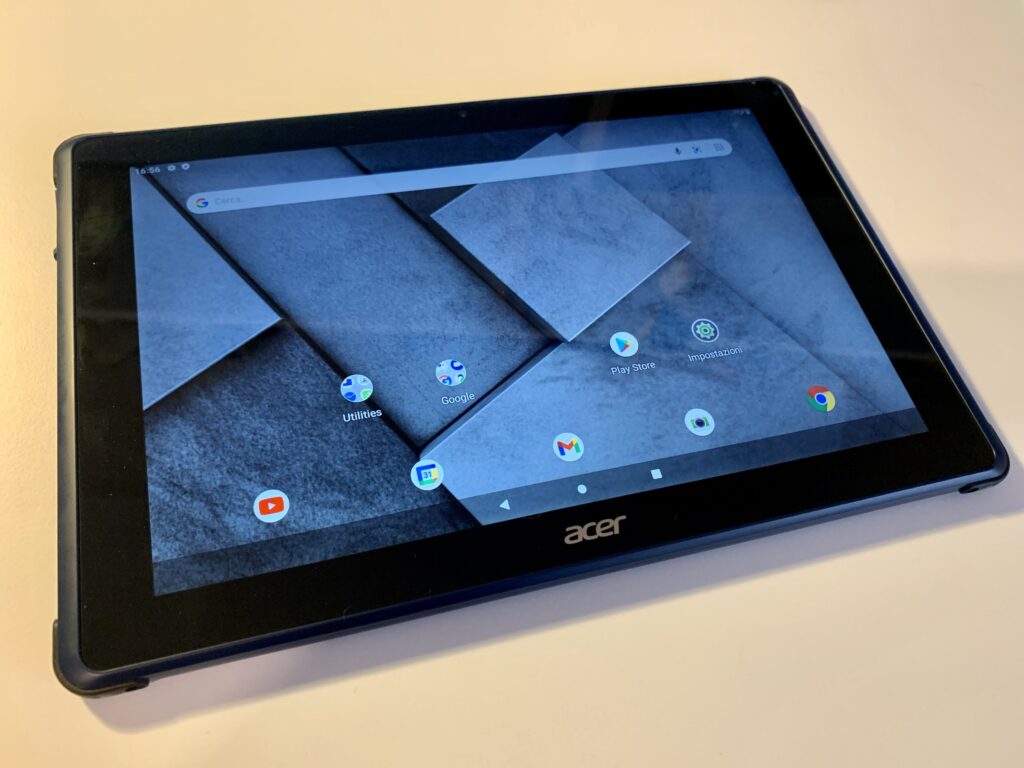 After this first approach, we used the device to watch TV series and movies on the most popular streaming platforms. Also in this case we have not encountered any particular problems, the audio of the speakers is excellent, although we have already started to experience occasional small slowdowns here. Nothing annoying and, above all, occasional, but they were the first signs that the 2 GB RAM was starting to trudge.

On the other hand, our experience with the gaming sector of the tablet was very negative, which fails to run even the lightest games well. We initially aimed high by trying to download Genshin Impact, noting that the tablet can not even start the game until after minutes and minutes of loading. The in-game situation was tragic, with a fixed frame rate of around 10 fps and slowdowns that made the game essentially impossible to play. 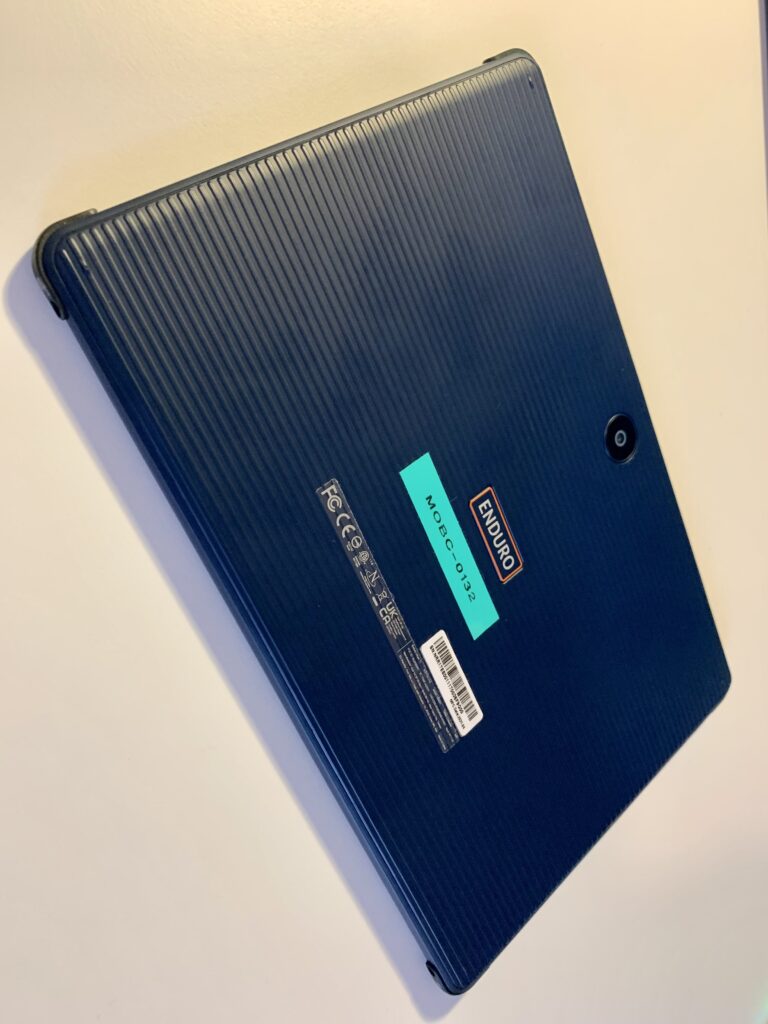 We therefore decided to lower the technical bar by focusing on The Sims Mobile and, although in this case the results were better, the game still presented annoying and frequent slowdowns. If you also want to take advantage of games then, we strongly advise against this tablet.

We conclude our review of the Acer Enduro Urban T1 by specifying that what we are facing is an assault tablet, designed specifically for all those who use it assiduously and in every situation. If you use it for work and need a device that can withstand shocks well, then this tablet is the device for you. Also thanks to the low price of € 249.99.

If, on the other hand, you are interested in a tablet that allows you to also enjoy games and TV series for your free time then we can only advise you to turn your gaze elsewhere, since Enduro Urban is very limited by its memory of only 2 GB.