The Falconeer: Warrior Edition is about to land, a few months after its launch on Steam, on Nintendo Switch on August 5th. For the occasion, we at Tech Princess took the opportunity to travel a second time through the skies of Bears and to evaluate the quality of this port. Without further ado, let’s jump on our flying steed and dive into our review of The Falconeer: Warrior Edition on Nintendo Switch.

As we have already explained in our preview, The Falconeer from the playful point of view is configured as a rather unique flight simulator. In fact, the title was developed by a single person, Tomas Sala, and will see us sail the skies of a large open world aboard, at least initially, a griffin. How is it possible to simulate the flight of a creature that does not actually exist?

Interesting question, to which The Falconeer gave his personal interpretation. In fact, during the flight our steed will make some decisions in an entirely autonomous way, slightly correcting the course and avoiding crashing into obstacles along the way in the event that we had some problems with the controls.

Net of a few moments of pure nausea due to an unexpected turn, the bird’s artificial intelligence does not create any particular annoyances, also because the game has no pretense of realism. The control over your bird takes place via a specific bar which is consumed flying upwards and fills up when we dive, which makes it necessary to plan our movements, especially during clashes.

We found it particularly important to know how to dose evasive maneuvers, since they can be disorienting and easily lead us “adrift” if used without criteria. In general, however, flying in The Falconeer is configured as a liberating experience, once you get the hang of the controls, which can be very anti-intuitive at first.

As we said at the beginning, The Falconeer allows players to explore a large Open World and we must admit that Urseei is very big and charming. Exploring and discovering all the secret places on the map is a rewarding and rarely boring experience, also due to the various points of interest, all quite fascinating and which reveal part of the history of the game world.

Once we have taken flight we can also undertake main and secondary missions, to carry on the plot or to accumulate resources and money. The game’s narrative plot did not seem particularly incisive to us, above all because of the confusing method with which it is told and which has left us a raised eyebrow in more than one instance. 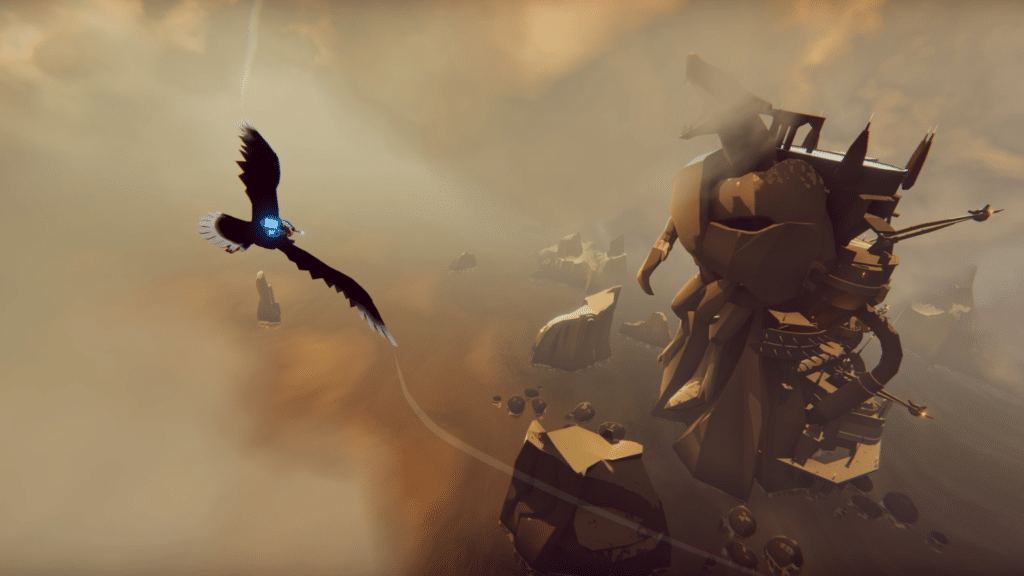 Not much better designed the secondary missions, which often take the form of the much hated fetch quest, in which we will simply have to fly from point A to point B, pick up an item and then take it back to point A. Not exactly a satisfying idea for the player.

The rewards side is much better, ranging from “simple” money to equipment. Particularly interesting in this sense is the presence of mutagens, which can be injected into our mount, which will give it special abilities and unique bonuses.

The Falconeer Warrior Edition coming to Nintendo Switch will be complete with all the DLC released so far. This means that we can then deal with il Kraken and undertake the missions of The Hunter and the Madness of Atun, but it doesn’t stop there. Expansion will also be included in this release On the edge of the world, which promises to further expand the title’s already rich lore. In short, if you want the complete The Falconeer experience, this port is for you.

The implementation of theHD Rumble, which we got to appreciate already during our preview and that does a great job of increasing the overall immersion in the game, especially when we find ourselves flying in the middle of the storms. 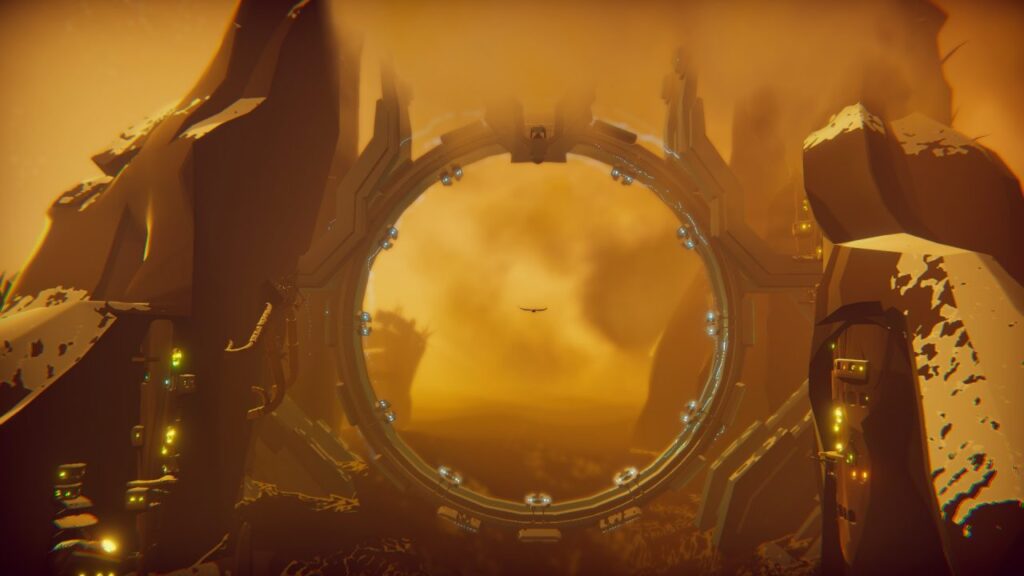 However, it is impossible to overlook some negative sides of the production, first of all the Italian localization, which we have found inaccurate on several occasions and which has greatly impacted our progression. Understanding the game tutorials in Italian has bought a real stretch of the imagination and, if you chew a minimum of English, we recommend that you change the language as soon as possible.

Not quite fit even the graphic sector, which on Switch must sacrifice some of the level of detail seen on Steam. An element this, which if accompanied by the deliberately retro style of the title, deprives The Falconeer of that unique charm that it had on PC. A real shame, as it was one of the most elegant elements of the game.

The Falconeer on Nintendo Switch: our review in brief

The Falconeer then arrives on Switch in its most complete version, without leaving behind even one of the DLCs that arrived after the official launch. The porting on the hybrid of the Kyoto house has forced some technical compromises too many, but in general the gaming experience remains mostly unchanged.

Such a gaming experience brings with it the strengths and weaknesses of the original, with all its fluctuating tones. Sometimes you will feel like a god of war as you proudly fly through stormy clouds in a battle of epic proportions. Other times you will find yourself struggling with a disobedient bird who just doesn’t want to do what you asked him to do.

Anyway, if you love flight simulators with a unique personality, The Falconeer is undoubtedly the title for you.