Presenting for the first time on a ConceptD notebook, the Acer SpatialLabs suite combines an eye-tracking stereoscopic camera with a stereoscopic 3D display and real-time rendering technologies to offer developers a new way to interact with their projects.

Acer announced SpatialLabs on the ConceptD line, a suite that offers cutting-edge optical solutions and sensory and vision technologies to deliver a physical perception of the virtual world and offer stereoscopic 3D experiences in a new and intuitive way. The content will literally take shape on the screen and allow creators to observe their own 360-degree projects in real time, without having to wear dedicated glasses. Acer also announced it SpatialLabs Developer Program for Unreal Engine developers interested in designing with SpatialLabs. Those enrolled in the program will receive a prototype of a ConceptD SpatialLabs notebook, the first model of a new experience. Jerry Kao, Co-COO, Acer Inc. states:

Confirming our commitment to the world of creators, we are thrilled to announce SpatiaLabs, the suite that allows you to live engaging and immersive experiences. SpatialLabs improves the workflow of 3D designers thus allowing them to focus their resources and time on the creative process. Developers, on the other hand, with SpatialLabs will have the opportunity to create amazing projects in vertical sectors with the support of Unreal Engine.

The combination of a stereoscopic 3D display, real-time rendering technologies and eye tracking allows you to create and live the SpatialLabs experience. Eye-tracking is achieved through a stereo camera located on the top of the device that tracks the position and movement of the user’s head and eyes. The ConceptD SpatialLabs notebook prototype display, which will be provided to program participants, consists of a 2D UHD panel with a lenticular liquid crystal lens, optically joined on the panel itself, giving life to an innovative module that can be enabled alternatively between the standard 2D mode and stereoscopic 3D viewing.

Thanks to the graphic processing technology, each image is thus doubled and processed for each eye of the user, creating a stereoscopic 3D effect that allows the project to float in front of the screen. Real-time rendering technologies allow creators to interact with 3D models while using SpatialLabs Model Viewer to control creations in real time, improve design flow and present interactive designs, thanks to immersive stereoscopic 3D. 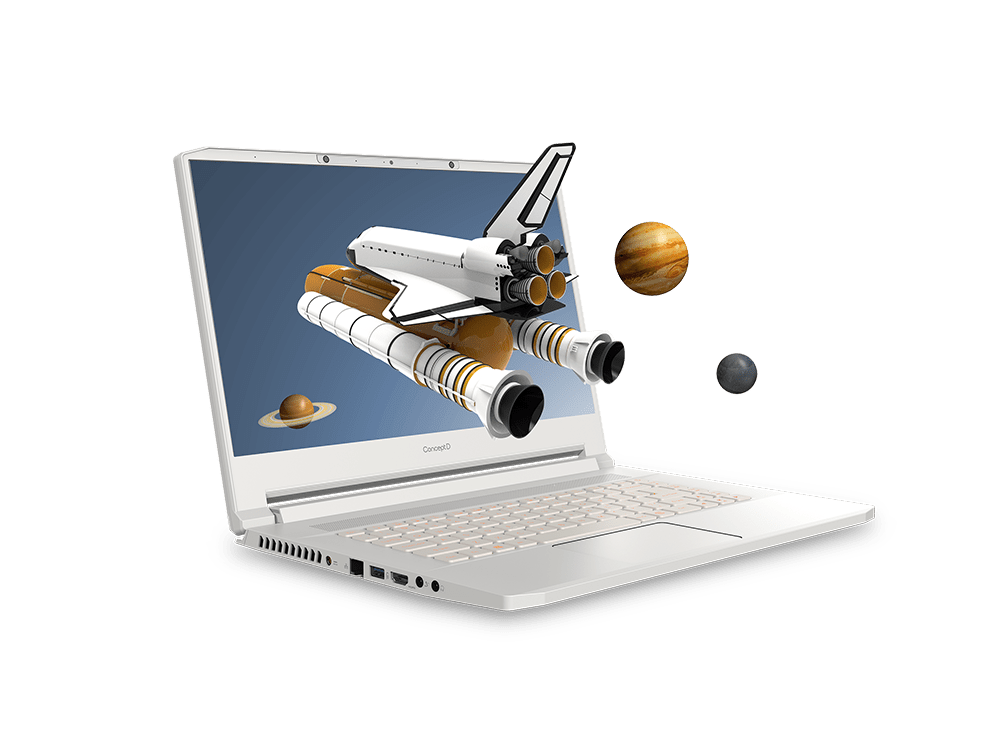 Acer SpatialLabs: creations that come to life on the screen

This technology suite will be revolutionary for creators working with 3D content. Typically, designers work on 2D screens that limit the depth information of an object or environment in 3D. SpatialLabs allows developers to be able to see your projects come to life in real time.

Historically artists had to make multiple designs and from different angles to ensure that your characters were properly proportioned. With the introduction of computers this process has been simplified but, since it is difficult to judge the three-dimensional aspect ratio on a 2D screen, the development of the project was mainly based on the judgment of the designer. With SpatialLabs Model Viewer you get a new dimension that designers can work with, eliminating the limitation of aspect ratio and offering an intuitive 360-degree perspective where models can be rotated, moved or dragged off the screen, thus gaining full control from all angles of vision. Compared to a 2D visualization, by analyzing a model from the same angle in stereoscopic 3D, it will be possible to obtain more information and therefore achieve a better result. 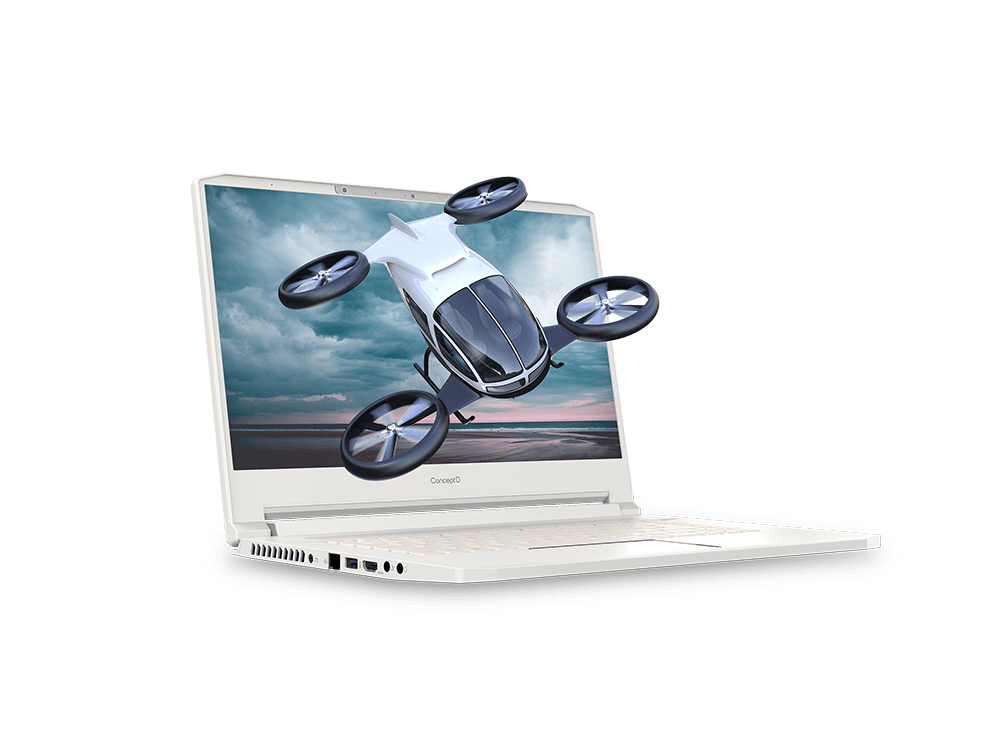 The possibility to see your creations in stereoscopic 3D with a 1: 1 ratio, speeds up the process of analyzing and identifying any issues, thus ensuring that a 3D design matches the original design concept. For example, product designers can use SpatialLabs Model Viewer to get an idea of ​​what the object will look like before printing or editing it. Also, features like the ability to edit the background HDRI (High dynamic range imaging, technique used in computer graphics to obtain an image in which the interval between the lightest and darkest areas is wider) of a model allows to present the project within a natural and realistic environment . This means that designers can give much more accurate feedback at different stages of the project allowing customers to more easily visualize an object and make sure it is in line with expectations. 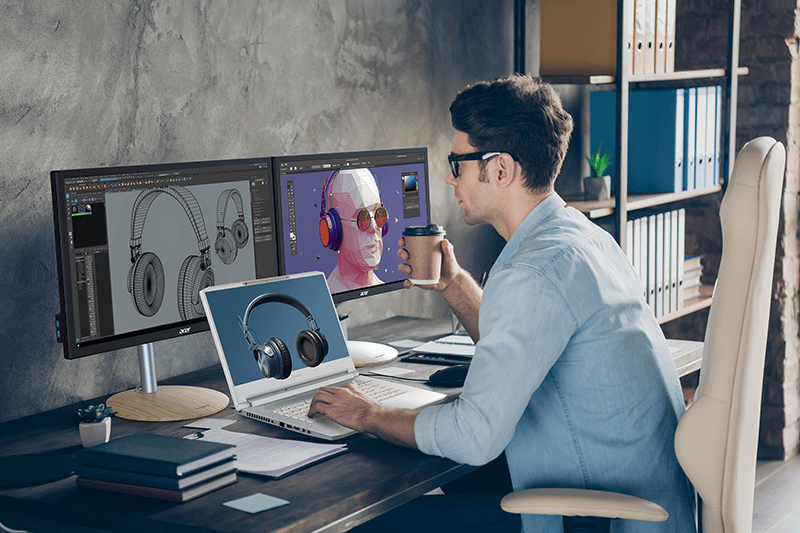 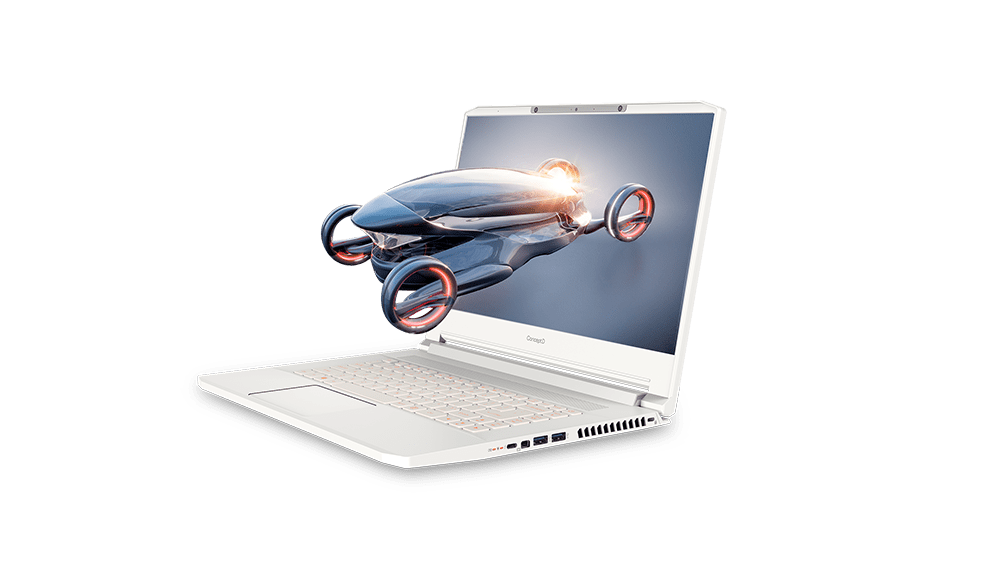 Acer SpatialLabs software supports Unreal Engine, a powerful creation tool of interactive content, used by developers to create projects. To allow participants admitted to the program to move from imagination to reality, Acer will provide a prototype ConceptD SpatialLabs notebook free of charge for a period of three months. John Buzzell, Lead of Enterprise Business Development at Unreal Engine commenta:

Our team is excited about the possibilities offered by the new ConceptD SpatialLabs notebook prototype and the SpatialLabs developer program. The experience becomes immersive and engaging when you combine innovative content and applications with the latest in visualization.

Eligible candidates can use the device provided to carry out projects with Unreal Engine giving Acer the opportunity to exhibit their work for one year. During the development of the projects, feedback will be collected in order to improve product development. It is possible to apply at this link. Registrations will end on June 30, 2021 and the admitted candidates will be contacted later. That’s all from the software section, keep following us!