Adidas launched a few solar powered headphoneswhich are recharged when light hits the cells of Powerfoyle in the headband of the headphones. According to the sports brand, this means that on a sunny day you will not drain the battery at all while listening to your favorite playlist. And even in a dark room, the new ones Adidas RPT-02 SUN they promise up to 80 hours of playback.

They aren’t the only solar-powered headphones out there: urbanist launched a couple last year and just announced a couple of solar earphones. And new startups and brands are taking an interest in technology. Let it be a new trend for audio gadget makers?

Many of us know Adidas especially for sneakers and sportswear. But it is not the first time that the brand has ventured into the world of audio, with earphones and headphones designed for athletes and not only. Previous fabric-covered headphones, predecessors of these solar-powered ones launched in 2019, had audio curated by Zounda Swedish brand that audiophiles know well.

But with the Adidas RPT-02 SUN the brand wants to demonstrate that it can present a model that is not only attentive to audio but also avant-garde from a technological point of view. In fact he inserted in his headband (built at87% recycled plastic) the one Powerfoyle from Exeger.

According to Adidas, this should guarantee almost unlimited autonomy on a sunny day, with up to 80 hours of autonomy with the battery included. It remains however a USB-C input to recharge them (in about two hours), in case you leave them in the closet for a few days. But the idea is that you will have to do it as little as possible.

Adidas does not include active noise isolation or codecs for lossless audio in the package, which we would have expected at the expected price of $ 229. However, the headphones have water protection IPX4 and the fabric of the inner part of the headband and the padding of the pavilions is removable and washable. And those 45mm drivers seem to promise good music across the spectrum. They are headphones for sportsmen more than for audiophiles: we haven’t tried them, but on paper they could be an interesting purchase for the gym.

Is solar charging becoming a trend for the world of audio gadgets?

Adidas’s new solar-powered headphones aren’t the first to hit the market. In the editorial office we tried the Urbanist Los Angeles (our review here), which used the same cells Powerfoyle for solar charging and promised the same 80 hours of autonomy even in the dark.

Unlike these from Adidas, they had l’ANC to cancel the noises and some codec of more quality, while giving up the water and sweat resistance of the new model of the sports brand. Two different headphones, but united by solar charging. Which we recognized in the Los Angeles Town Planner have some limit: if the day is cloudy or indoors, the battery goes down more slowly, but goes down. 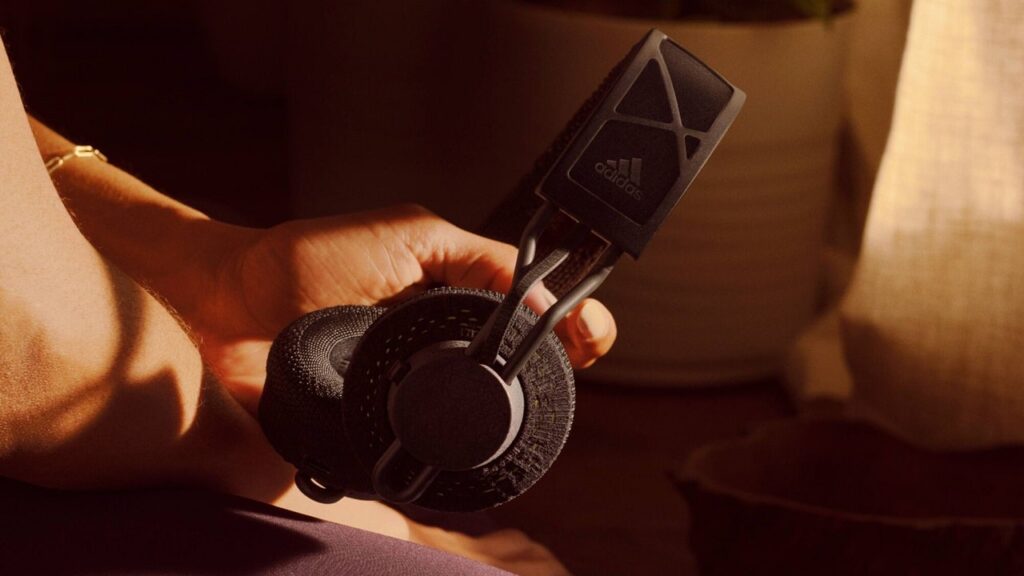 However, the idea of ​​charging your headphones as little as possible seems to find fertile ground. So much so that the same Urbanista recently launched the earphones Urbanista Phoenix. Although in this case the Powerfoyle is on the charging case, not on the earphones. But even in this case it means staying away from the power outlet as much as possible.

And there are also other lesser-known brands and startups that are investing in this technology. Blue Tiger launched a headset called Solar, which allows you to make video calls and play games without recharging the headphones. Also, on the various Indiegogo e Kickstarter there are more active projects with this technology. Although not all of them are successful: JBL had started a campaign in 2019 for a similar pair of headphones, but had to return the funds because the project was not successful.

The possibility of not having to think about charging, relying instead on sunlight, it seems to have great potential for the world of headphones and audio in general. These gadgets require a limited amount of power: if at the moment a solar-powered smartphone is still utopiain the audio world we are further ahead.

Perhaps in the near future we may see other brands adding Powerfoyle or similar technologies to their headphone bows. Maybe not as a “selling point”, but as one technology that becomes the norm to reduce energy consumption of gadgets. However, everything will depend on the cost for companies and on how much these technologies will incentivize the purchase.

What do you think about it? Will the headphones of the future all be solar-powered like those of Adidas? Let us know in the comments.