During E3 on 15 June 2021, Nintendo had announced the release of Advance Wars 1 + 2 Re-Boot Camp, remake of Advance Wars and Advance Wars 2: Black Hole Rising (2001 and 2003 respectively), the first two titles of the turn-based strategic saga published by Intelligent Systems and developed for GameBoy Advance; the release date of this remake was later postponed for unknown reasons.

Originally, the release date of Advance Wars 1 + 2 Re-Boot Camp had been established for December 3, 2021. Following a announcement on Nintendo’s own Twitter, however, it had been postponed to an unspecified time in the spring 2022: this delay was justified by the company as an opportunity for finish the game in its entirety, promising waiting players that they could soon play with Andy and his friends again. 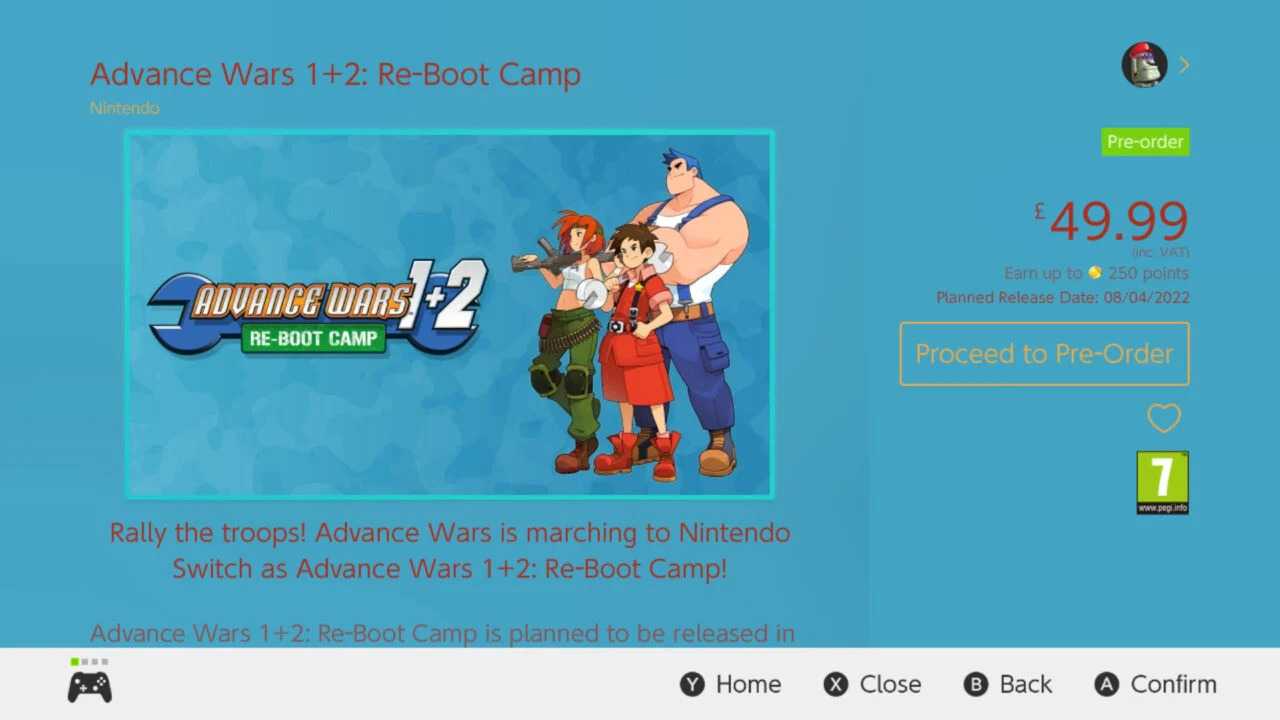 its Nintendo E-Shop in the desktop version and on the official site Nintendo as the game’s release still appears “spring 2022”: however, doing the same research on the e-shop of the Switch the date is clear: April 8, 2022. The company has not confirmed or denied the news, which would lead to think of a leak or yet shop error; what matters is the return of this title, which has been missing from Nintendo shelves for at least ten years (with the last of the saga released for Nintendo DS in 2008, namely Advance Wars Dark Conflict). We just have to wait for one official communication from the Big N, which certainly won’t be long in coming (April 8, after all, is not that close).