Through a press release, Vertigo Games has announced the opening of pre-orders of After the Fall, the action FPS exclusively VR, and has also shown a new trailer

After the Fall is an exclusive FPS for virtual reality presented some time ago by Sony during a PS VR Spotlight. The title is about to arrive, on December 9th, not only for Sony’s VR peripheral, but also on Oculus Quest 2 and PC VR and cross-play will be available. Through a press release, Vertigo Games, belonging to the Koch Media group and specialized in the creation of games for Virtual Reality, announced that After the Fall pre-orders are finally available on all platforms. To accompany the news, the company has also unveiled other details on the editions coming to day one and on the Closed Test to be held next week.

In addition to the standard edition, one will in fact be available Deluxe Edition on Steam and PlayStation VR which will contain:

The launch editionInstead, it will include automatic access to the Frontrunner Season, as well as new maps and game modes. If you purchase the game on the Quest platform, you will automatically acquire After the Fall on both Quest 2 and Rift via cross-buy. In conjunction with the release, Vertigo Games has also released a new trailer for After the Fall, which we leave you below.

Pre-order, editions and Closed Test: After the Fall is almost here!

If you pre-order After the Fall you will get a 10% discount on all platforms. If you play on Quest 2, you will get access to the exclusive Fwd. to the Past skin. On Steam, however, you will be able to participate in the Steam Closed Playtest, while players who pre-order on Steam and PSVR will get 48 hours of early access as an added bonus. The Steam Closed Playtest will go live at 6 am (Italian time) on November 26th until 9 am on November 28th. You will be able to take part in the first mission, Harvest Run, and more details on the playtest will be shared soon on Steam and on the official community channels.

Open pre-orders, online trailers as well as all the details on the Deluxe Edition: After the Fall is practically ready to release. Let us know below in the comments if the Vertigo Games title intrigues you and if you buy it, we will continue to keep you updated with all the news, guides and reviews on gaming and tech themes! And if you are interested in game keys at advantageous prices, we recommend that you take a look at the InstantGaming catalog! 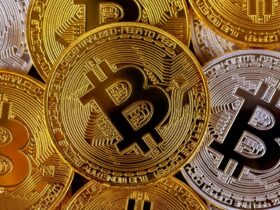