It is almost impossible for anyone who inquires about the automotive world not to have noticed that the prices of new cars are rising more and more. And, according to some, this is just the beginning. One of these people is the CEO of the Renault Group, Luca de Meo, who interviewed by Spanish colleagues from Expansion in fact, he indicated what, according to him, the two major problems of the automotive world will be in the coming years: the ever higher prices for the public and the Chinese offensive on the European market.

Interviewed by the Spanish economic newspaper Expansion (similar to ours Il Sole 24 Ore, ed), the CEO of the Renault Group Luca De Meo spoke about the hottest topics of recent months in the automotive world: the crisis of semiconductors, the problems concerning the production and last but not least the advance of the Chinese electric car even in the West.

The Italian manager, who has been with Renault since 1 July 2020 after his experience driving SEAT, talked about how the pandemic and its long wave of effects are still making themselves felt in the automotive world. They are not in fact only the semiconductors, or the famous chip crisis, which are slowing down the entire automotive supply chain, but the scarcity of other fundamental materials. “Even steel, gas, energy, copper, aluminum and many other materials are available on the market in small quantities. ” explains. The pandemic and the forced restrictions on the production of raw materials in fact, it led to a significant reduction in production, the effect of which is still present today. The real problem, at the moment, however, are the semi-conductors. “Given the scarcity of chips, the few that are available are placed in the most profitable models, and in the regions that give more margin. ” continues De Meo.

This means, in a nutshell, that to benefit from the higher prices are the houses and high-end models, which can thus raise prices without a decrease in demand. For example, BMW recently revised its profit forecast upwards in 2021, precisely because it was able to raise prices following this crisis. “The prices of all cars will go up even more in the next 12 months“De Meo prophesies. “Because when I go to negotiate with semiconductor suppliers, they tell me: ‘I have more customers and few chips, either you pay me more or I sell them to them. [altri competitor]’. ” We are facing the classic problem of consumerism: supply and demand. If the supply is low but the demand is always the same, or even increases, the products cost more for the producer, and therefore the price also goes up for the final customer.

The European countermeasures do not convince De Meo

The Milanese manager then expresses his perplexity at the measures taken by Europe regarding mobility. First of all, De Meo is doubtful aboutshortening of the call for sales of thermal vehicles from 2040 to 2035. “The ban only creates confusion in the customer. It is as if I were going to buy an apartment and I already knew that in 20 years they will put a subway overpass in its place: I simply would not buy it. This ban does not give us time to invest in technology in the right way, nor to make the future clearer for the consumer. If you say that combustion engines cannot be sold from 2035, all buyers will want to bring this date forward. To date, however, this is very dangerous because the infrastructures are not ready. “ 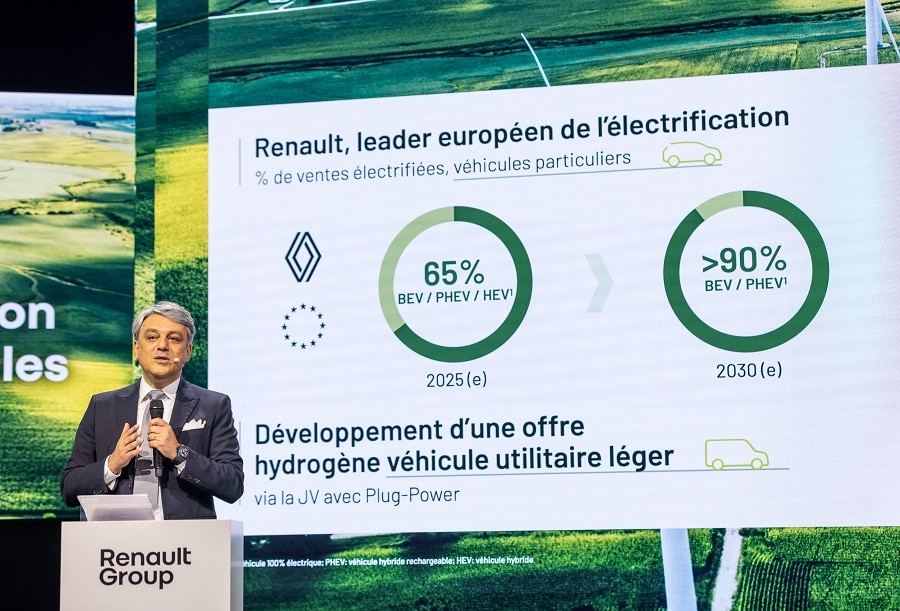 “Now it’s still there uncertainty when it comes to buying a hybrid, plug-in hybrid or electric. We should not think in terms of bans, but go step by step to organize ourselves in the best possible way and then replace combustion cars in 2040 ”. De Meo then expresses further concerns about the European Union’s projects for the creation of semiconductor factories and make European companies independent from Asian giants. For De Meo, it is a belated move. “I recognize that we did not know how to see this problem in time,” said the CEO of Renault. “Today, however, we must have control, but I don’t know if we are capable of it, because the Asian supremacy in this sector took place in 3 decades and we will not recover it in three years.”

“Toevery bet in European societies and make up for time. For this reason we have signed an agreement with ST Microelectronics to make the electric motors of our cars by ourselves, in Europe, and not rely exclusively on external suppliers. We need to check the electronics of our next electric vehicles. ” The European project, according to De Meo, came too late. “It takes 4 or 5 years to build the factory, another 10 to reach the level of competition and between 10 and 15 billion euros in investments.”

The real rival to the electrification race is the China, which for decades has staked everything on precision electronics, and is now on a much higher level than the rest of the world. “If Europe becomes the continent with the largest number of electric cars”, explains de Meo. “Sara land of conquest for the Chinese. They are more competitive in electric than in thermal models. So, if we have more restrictive standards in terms of emissions and we focus more on the electric car, the Chinese will look to Europe instead of the US ”. 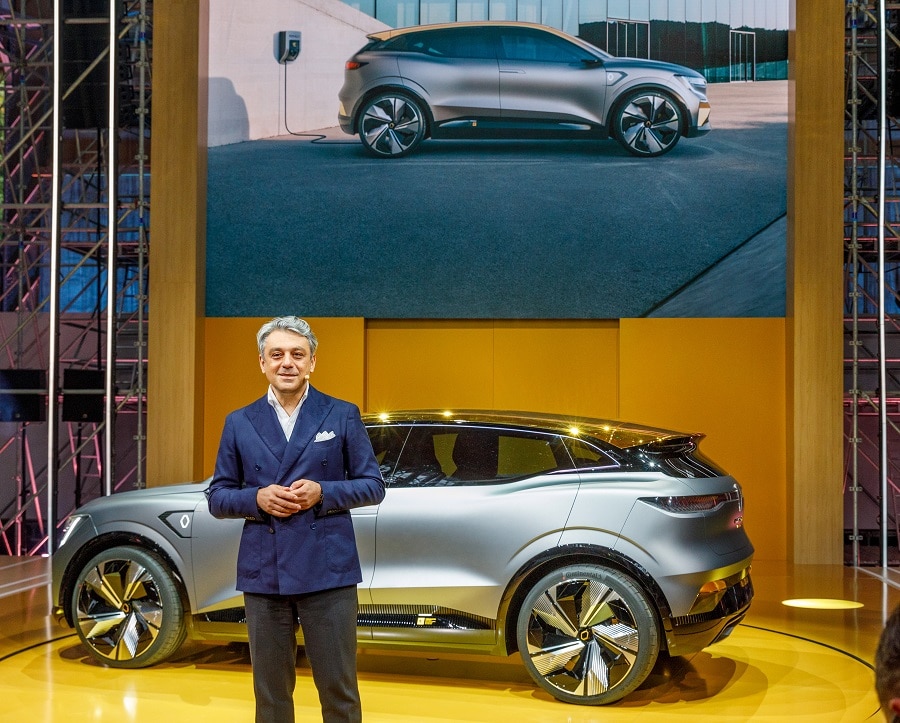 In fact, China includes dozens and dozens of electric models in its internal offer. These are very different cars from the preconceptions we have of Chinese cars today. Automobiles technological, avant-garde, with excellent performances and assemblies, and with really competitive selling prices. But how do they offer electric cars for so cheap? For the ability to produce best batteries on the market, and thepreferential access to raw materials that compose them: nickel, cobalt, lithium and manganese, among others.

“We need to understand if it was profitable to open a mine in Europe”, explains De Meo. “The Cobalt deposits, for example, are concentrated for 90% in Congo, and so on for other materials. In fact, in unsuspecting times, China bought the public debt from Central African countries, reaching today to have unique relations and an almost exclusive regime on certain materials. These elements are in fact refined for 90% in China, which becomes the largest producer of refined materials. From these materials, then, the batteries must be produced, on which the Chinese workforce has an extreme competence. “To produce cells in Spain at the same level as the Chinese factories” explains De Meo “it would take at least 10 years.“

Luca De Meo then plays the charge and hopes to wake up the European car world, sitting too much on its laurels. “If the thermal car ban for 2035 really comes, they are ready in China. They have models, infrastructure, knowledge, manufacturing capability. In Europe, however, there is still a lot to do… “. The Group of which De Meo is CEO, the Renault Group, is one of the most virtuous in Europe. His project of democratization and diffusion of the electric car, the Renaulution, began upon his arrival just over a year ago. For more details on this topic, at the bottom of the page you will find the articles dedicated to the Nouvelle Vague Renault.

For over 10 years, Renault and Nissan have been among the largest producers of electric cars in the Old Continent. However, it is not enough. To be able to complete the transition and ensure a future for the European houses, according to De Meo there is a need for much more commitment. The risk? To see a ‘invasion of Chinese cars in Europe. Will this be the future? Will European cars become too expensive to compete? We will find out only by waiting a few years. In the meantime, however, the first models made in China are coming, and they’re not bad at all …

Don’t miss the latest news from the Renault world!