Amazon acquires iRobot? Well, not exactly.
The correct formula would be “Amazon would like to acquire iRobot“. Yes, because at the moment there is the final agreement between the two companies – for 1.7 billion dollars – but, as usual, there is no approval from the American regulatory bodies.
A process that we have already learned about with the troubled affair between Twitter and Elon Musk. And, again as the micro-blogging social network and one of the most famous billionaires in the world teach us, the acquisition is not necessarily successful.
However, the scenario is very different from the other great economic maneuver of 2022. Here it is unlikely that one of the two protagonists will back down. In fact, the regulatory bodies could be the ones to blow up the acquisition. The reason? Your – and our – data.

Why is Amazon acquiring iRobot?

“We know that saving time is important, and housework takes up valuable time that could be spent doing something we love. In the years, the iRobot team has demonstrated their ability to reinvent the world where people clean their homes with products that are incredibly practical and innovative, capable of cleaning when and where consumers want, avoiding obstacles and automatically emptying their tank. Customers love iRobot products, and we are extremely excited to be working with the iRobot team to make consumers’ lives easier and more enjoyable, ”he commented. Dave LimpSVP di Amazon Devices.

In short, on paper the intent is to offer its customers even more useful and smart products.
However, this is not the only reason.

The acquisition of iRobot would in fact allow the e-commerce giant of expand its offer in the smart home sector, a path that Amazon has taken for some time. We remind you in fact in 2018 the Seattle company incorporated Ring, which produces video intercoms, alarms and security cameras, while in 2019 the acquisition of Eero, which instead develops network devices such as routers, extenders and mesh systems.
The I understand therefore is that of expand the ecosystem, keeping compatibility with Alexa as a common thread.

Then there is a further element to consider: robot vacuum cleaners collect data. Constantly. Data that could help Amazon enhance the existing ecosystem and develop new products.

What will change for iRobot?

The astronomical amount expected for the acquisition is not the only benefit for iRobot.
First of all the company will be able to count on Amazon’s expertise in the robotics sector.
Let me be clear, the company led by Colin Angle is not made up of oversight. Indeed, we remind you that iRobot has over 30 years of experience behind it, and a certain number of patents for military use that have allowed it to grow and adapt super-advanced technologies to commonly used products such as robot vacuum cleaners.
The Seattle giant however can rely on Amazon Robotics, the division created after the acquisition of Kiva Systems and dedicated to the automation of the American company’s warehouses and distribution centers.
The union of the iRobot team with that of Amazon Robotics could therefore help both groups to improve their products.

“Improving” does not necessarily mean increasing costs, mind you.
Today, Roomba’s aren’t exactly the cheapest robot vacuums on the market. And it is natural to think that the further development of these devices could raise the prices even more.
In reality it is not so obvious.
Backed by a financially solid giant like Amazon, iRobot could even afford to lower the cost of the Roomba, thus making them more affordable and accessible.

Finally, let’s not forget integration with Alexa.
True, it already exists, but it currently requires the activation of a specific skill. The acquisition could make the voice commands active by default, perhaps expanding the spectrum.
Not to mention that the iRobot app could disappear and be fully integrated into the Alexa application, as happens today with the Ring and Echo devices. 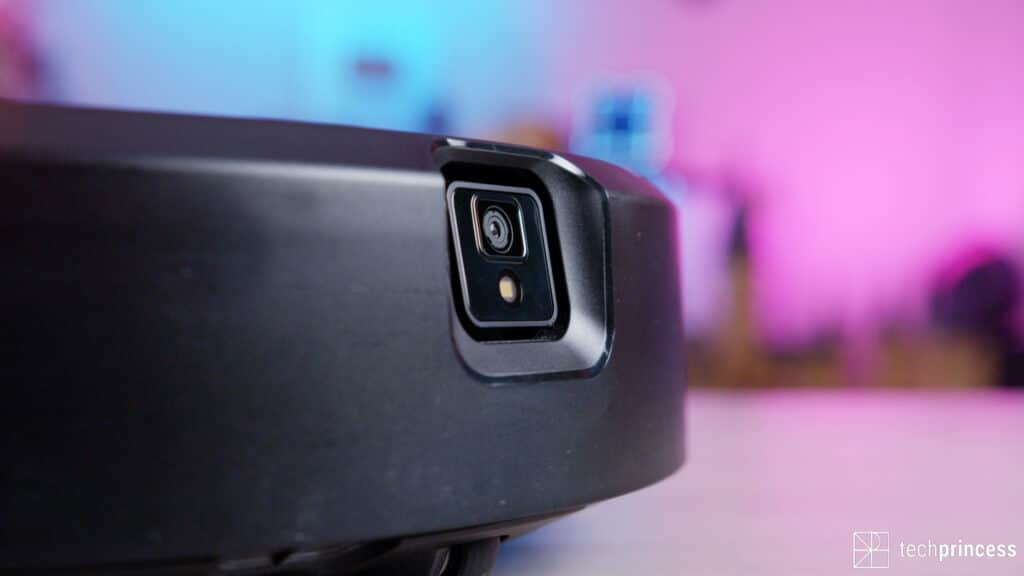 All this could happen in the near future IF the two companies succeed in convincing regulators that there is no risk to user privacy.

What do you mean?

Amazon today already has a lot of data about each of us. Comprehensibly.
For example, I rely on Amazon to buy anything from makeup to tech products; Amazon knows what I watch on Prime Video, what I listen to on Audible, how many Echos I have at home, how many smart home devices I control with Alexa. In short, he knows or can deduce 2 or 3 things about me.
And, mind you, it’s not a problem for me. I am aware of the data that I give to the American giant, and equally aware of the fact that this data can be used to improve the services offered.

But Amazon also owns Ring and Eero, which increases the amount of information that can be collected and used.
Will iRobot do the same? And yes, what data will it share and how? Here, this is a knot that the two companies will have to solve.
Because it is true that today the Roomba are focused on the acquisition of data that are used to create a map of the house and to avoid obstacles but it is also true that this information allows us to reconstruct the domestic environment in which we live.
Not to mention that today iRobot competitors have begun to integrate real cameras into their products, cameras accessible via apps and able to become surveillance and communication tools. In the future, the Bedford-based company could do the same, and therefore the acquisition of data would also add that of real images.

Combined with all the others, this data could put Amazon in a position of advantage over the competition and at the same time undermine user privacy. What the two companies will therefore have to do is show that there is no such danger.

“We have worked hard to earn consumer trust, and we continue to work hard to maintain it, every day“, he has declared Alexandra Miller, Amazon spokesperson, at Wired.com.

A short but rather clear message: user privacy will always stay first.
But will it be enough to close the iRobot acquisition?