AMD has finally unveiled i new processors in its Ryzen range for desktopsor the serie 7000powered by the new architecture Zen 4. The new series includes models Ryzen 9 7950X, Ryzen 9 7900X, Ryzen 7 7700X e Ryzen 5 7600X: let’s find out all the news together.

AMD Ryzen 7000: presented the new processors based on the Zen 4 architecture

AMD, during the official presentation, also showed some benchmarks against the rival Intel Core i9-12900K, marking a difference in general performance of 57% and 23% in games.

In addition to the incredible increase in performance, a notable can be seen increased efficiency. The Zen 4 range in fact is up to 75% more efficient energetically compared to its Zen counterpart 3.

The arrival of the new AM5 platform

With the introduction of the Ryzen 7000 series desktop processors, AMD also introduced the new AM5 platform, which offers support for the latest generation dual channel DDR5 and PCIe 5.0 memory. The new socket, LGA1718will support power delivery up to 230 Watts and AM4 heatsinks will also be compatible with the AM5 platform. 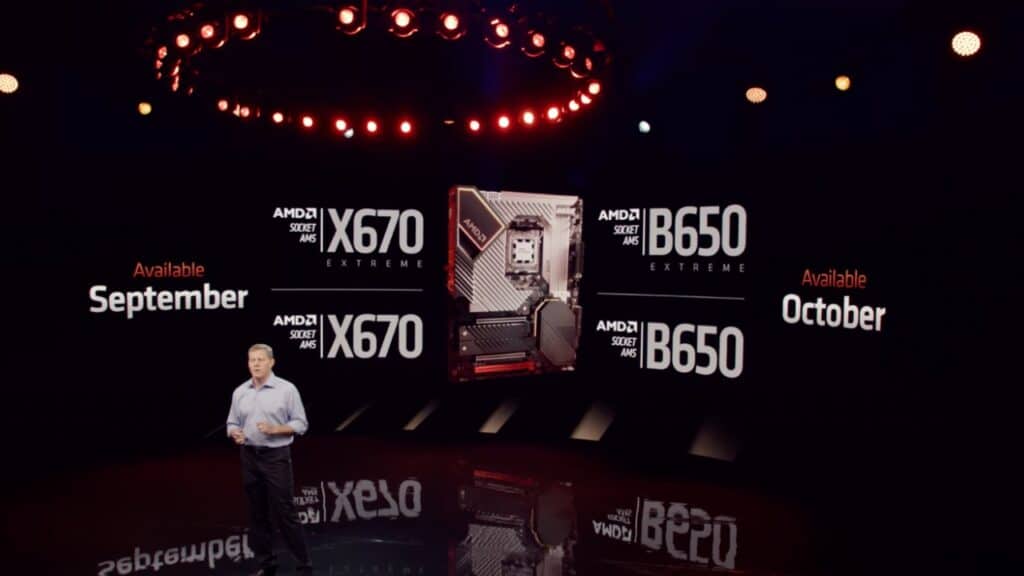 The new Socket AM5 motherboard family features four new chipsets: AMD X670 Extreme; AMD X670; AMD B650 Extreme e AMD B650. They will be available starting in September. AMD also anticipated the arrival of AMD EXPOa technology that allows DDR5 RAM to be overclocked to achieve up to 11% additional performance in 1080p games.

AMD Ryzen 7000 desktop PC processors will be available starting from 27 September. Prices, currently only available in dollars, will be as follows: