The Milan Games Week it closed a few days ago and it was an opportunity not only to meet again after the difficulty of organizing events in the presence, but also to make a point and look to the future. This is exactly what PG Esports, a key company in the field of digital disciplines, did. Closed the doors of the first day brought together the press and other industry professionals for tell your results and anticipate something of the initiatives it will launch in 2022. Let’s find out together what they told us …

The presentation was held directly in the heart of the Milan Games Week, in the same spaces that in those days hosted countless initiatives branded their own PG Sports. Not only challenges between the best players in circulation of titles such as League of Legends O Rainbow Six Siege, but also in-depth discussions about the state of this world.

Content highly followed by the public, which culminate in a year that saw the company beat its records, both as broadcaster su Twitch of events and as a tournament organizer. Its PG Nationals format has attracted many fans, becoming the most followed national tournament.

A huge number of contents naturally follows: in the course of 2020 they registered 249 days of activity on the Twitch channel, with more than three and a half million hours of streaming viewed. 2021 has maintained this spirit, marking impressive figures. Just think that streaming the Worlds 2021 of League of Legends, led by Giulia “Juniper” Migliore, reached altitude 42,311 spectators at the same time, an increase of 56% compared to the previous year.

In short, truly incredible results, which demonstrate how much the world of eSports is growing. This trend has led the company to expand its offer during 2021, adding new competitions to those already established. The program has therefore also entered theItalian Rocket Championship dedicated to Rocket League, a title that has won many fans over the years. The final of the event, however, was held during Milan Games Week, among many fans ready to cheer.

… To prepare for an equally extraordinary 2022 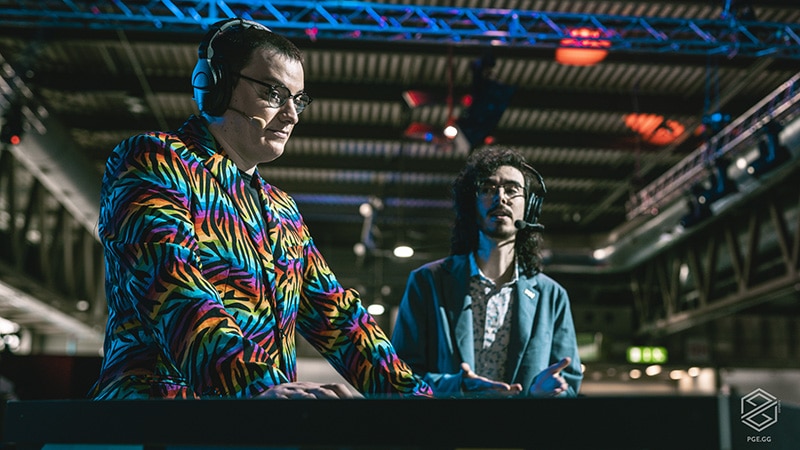 In the face of these exceptional numbers, of course PG Sports will also relaunch for next year. The most popular content will return, such as tournaments dedicated to Rainbow Six Siege e League of Legends and also to the newcomer Rocket League. However, there will also be room for new initiatives linked to the project Beyond PG, launched only in mid-2021 but already very successful.

This is a new Twitch channel, focusing on broader-looking entertainment content. Not only eSports, but diversified activities always with an eye on gaming and to geek culture. The second season will open up to new talents and new themes, starting with inclusiveness, at the center of the format In My Shoes, presented during the Milan Games Week. As the title suggests, it is an invitation to put yourself “in someone else’s shoes”, in order to better explore their point of view. Certainly interesting content that PG Esports fans and others will be ready to follow closely.

It then closes a great year for this company and a new one is about to open that will bring equally exciting results. The world ofsports it is growing more and more also in our country and realities such as PG are among the most important to follow. We’ll be there, what about you?