Let’s go back to our top 5: which are the most difficult, particular or simply the best optional bosses in Kingdom Hearts?

As you have read above, ours top 5 for the best optional bosses from Kingdom Hearts is to be understood in a more general sense. We will not limit ourselves to listing those with a greater sense of epicity, and therefore more memorable; on the contrary, that’s why there is our previous ranking dedicated to the best bosses in general. From the latter we promised to save the optional fights for a separate rundown, and now is the time to write it. We kept in mind only what distinguishes each of these fearsome opponents, and then applied one more rule.

As for the latter, you should already know: only one example per game. In fact, we always want to have a bit of variety, although two of the examples we have chosen share the arena in which they are faced. Otherwise, all it takes for a boss to appear on our list are the same prerequisites as any optional encounter: their access is unlocked. late during the adventure (if not after reaching the credits, in some cases), and to distinguish them there must also be a notable rate of challenge. It is good to ask yourself before that Kingdom Hearts Integrum Masterpiece come out on Nintendo Switch: who are the most peculiar opponents among those with whom “we went looking for”?

The specter of defeat

We used it (deceptively, we recognize it) as the main image for our previous top 5 dedicated to Halloween, but among the optional bosses of the very first Kingdom Hearts stands out a truly fearsome Heartless Emblem. Revisiting Captain Hook’s ship after sealing the lock of the Dark Keep can cause us to run into a particularly nervous Tinker Bell. Following it up to the clock tower (or Big Ben in London) will put us in front of a disturbing figure that is haunting the skies. We’re about to talk about the scary (in terms of gameplay) Phantom.

The peculiarity of Phantom, compared to other bosses, is its ability to reduce the player’s room to maneuver to a claustrophobic bottleneck. The basic idea behind the fight is actually very simple: you have to hit the glowing sphere under him with physical attacks when it is white, and with the respective spell when it is colored.

Sounds simple, right? A little less when the Phantom decides to draw heavily on the spells of Final Fantasy and inflict the Death (Doom) status on everyone. This countdown towards an irreversible death (at least until the end of the fight) he will wipe out the opponents leaving Sora for last: you have to worry about using the Stop magic on the clock throughout the battle. 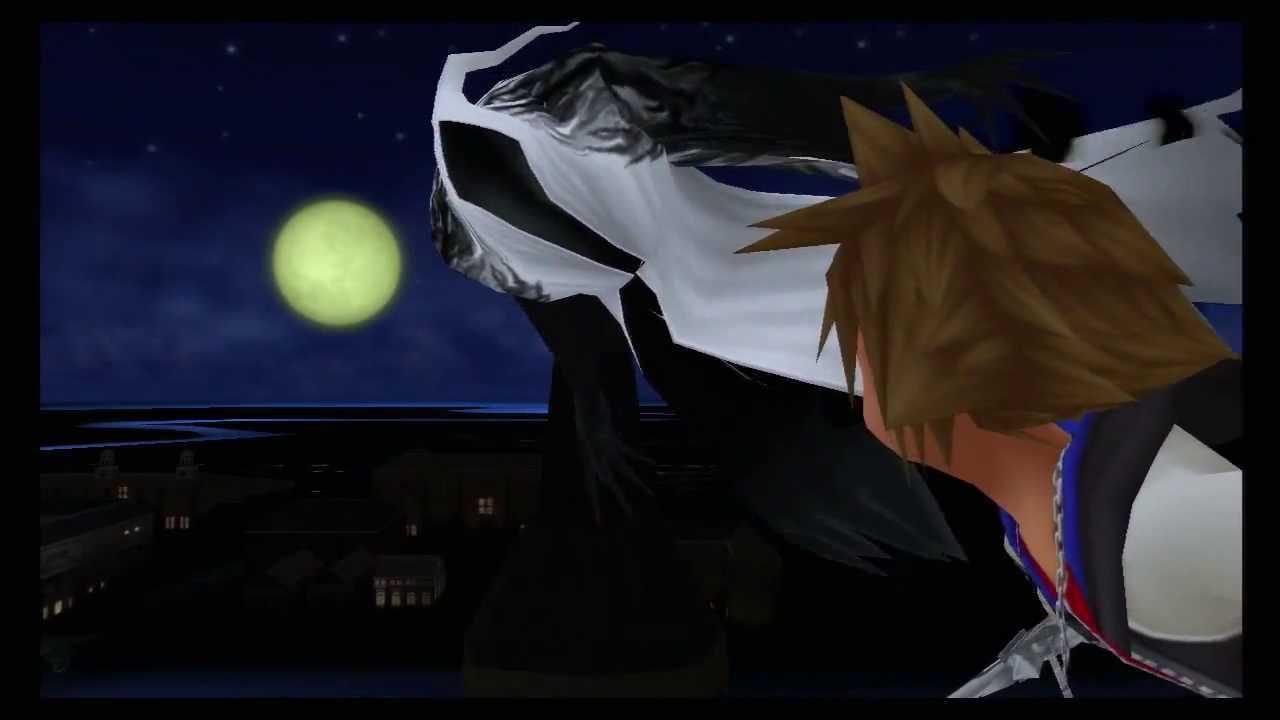 Optional bosses tend to be taken from Final Fantasy or to belong to the native imagery of the series. This makes fourth place in our top 5 a real surprise because Square-Enix, on the occasion of Kingdom Hearts 3D: Dream Drop Distance, has decided to opt for what it still is today the only Disney superboss in the saga. Given the oblivion that the 1995 short has fallen into, it is truly amazing that the entertainment titan has even allowed himself to use any content from Mickey and the Brain on the Run. However, we certainly do not complain about the pleasant surprise.

A little less pleasant, perhaps, is the fact that accessing the fountain square of the Città di Mezzo automatically leads to the emergence of Julius from the gigantic manhole. This huge Frankenstein reinterpretation of Pietro Gambadilegno’s design doesn’t fight with grace and skill like the other optional opponents in the series, but his shots don’t hurt any less. In contrast, Julius boasts the distinction of being among the few enemies in the entire saga to boast a combo against which the skills A chance ed Emergency they can do nothing. Once defeated, the boss can be faced again. 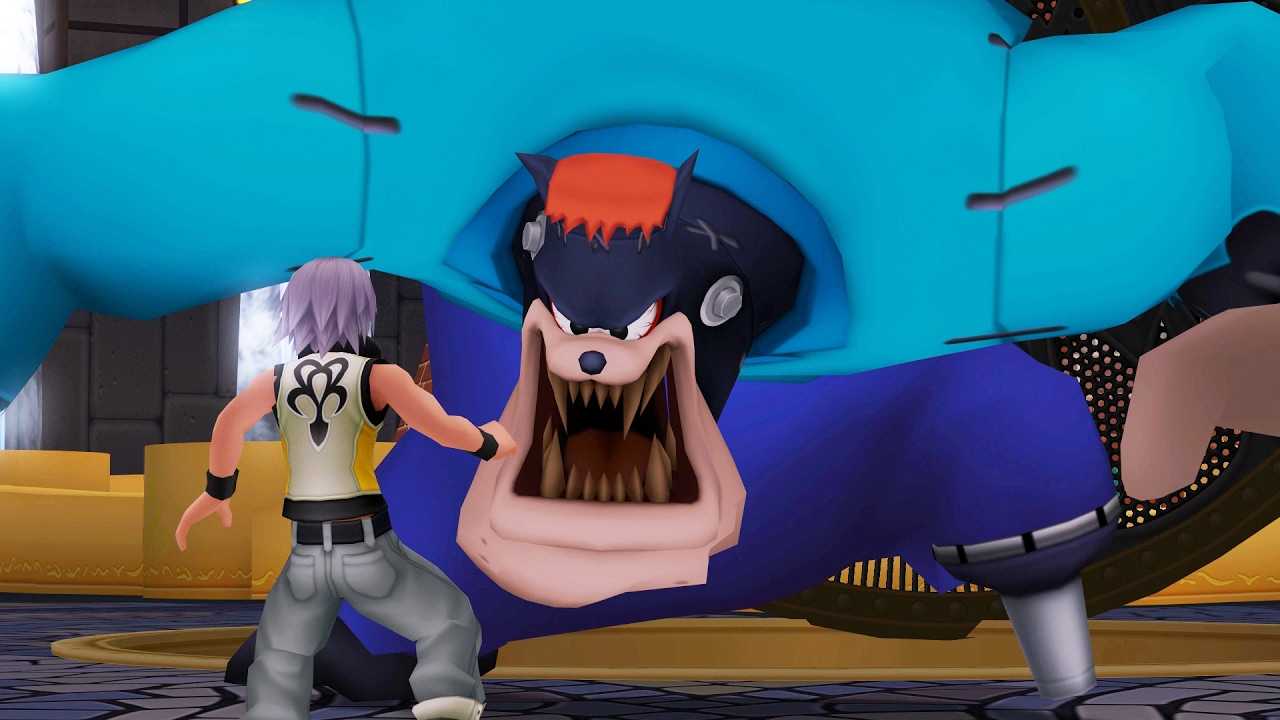 We thought of a peculiar feature for the superboss we are talking about today. That of Kingdom Hearts: Birth By Sleep certainly is no exception. Anyone would think of the “mysterious figure” of the Starting Earth, but no, we are actually talking about another antagonist. Combining the concept of Absent Silhouette seen in the second numbered chapter with one of the most iconic characters of this spinoff, the Thoughts of Vanitas they represent one of the toughest and most particular optional battles of the entire series. And it’s certainly not its monochromatic color scheme.

Rather, where Yiazmat from Final Fantasy XII boasted fifty bars of one million life points each, Pensieri di Vanitas has Just one. It would seem like a walk in the park, but making life impossible for the player is provided by the unlikely agility of the character. Scoring even the fastest shot at your disposal is a feat, as is taking advantage of the few moments in which the revived spirit of Vanitas allows us to catch our breath. And if we do it, we will have a nasty surprise: you don’t need to equip Proteggicura, because every time we heal, he’ll do the same! 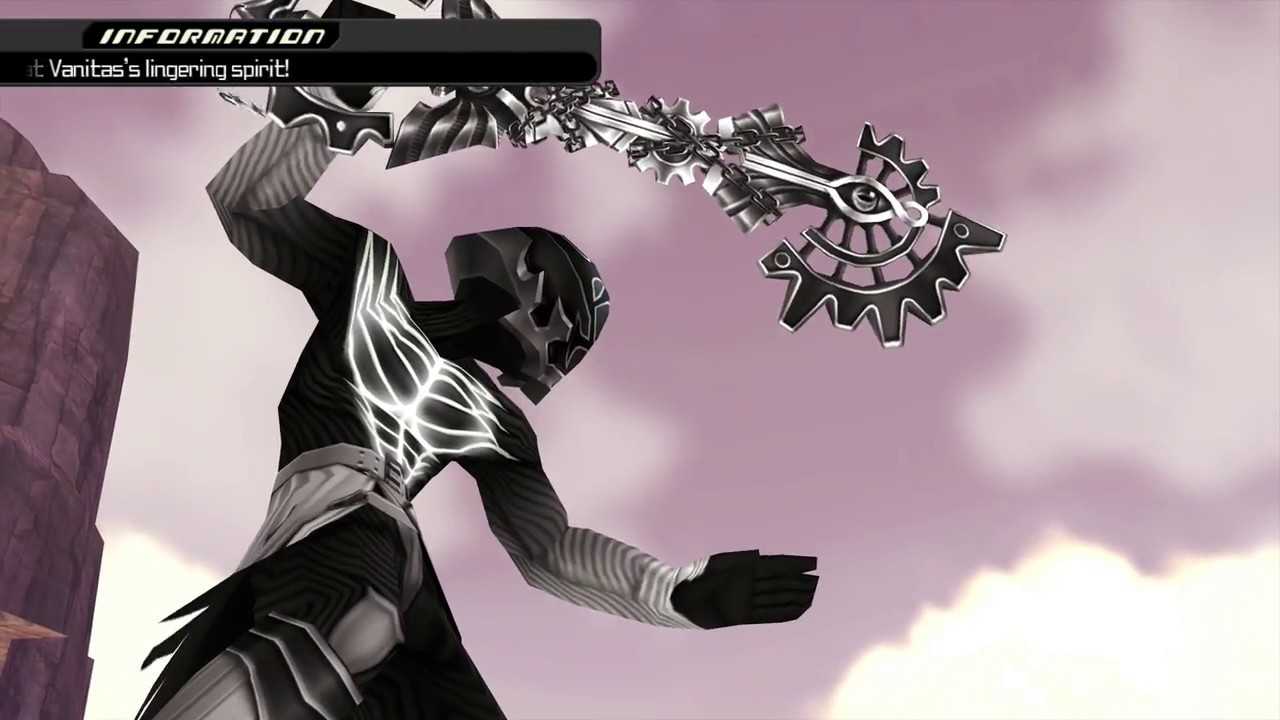 To boast the same desolate land as the scene of its battles is the Residual Will, the superboss of Kingdom Hearts II Final Mix. In this case we have the first superboss in our ranking to be expressly aimed at anticipating future titles. Anyone who has played the Birth By Sleep prequel will know very well who it is. Those who have not done so, however, will find themselves on the wrong side of the fence: almost all the gameplay innovations introduced in the chapter for PlayStation Portable become impossible moves against the player, one above all the deadly firing controls.

In particular, contrary to other examples such as the Phantom and Julius, the Residual Will allows us to bring our valuable allies with us. This does not mean, however, that Sora will have an easy time against this revived armor; on the contrary, it just means that we will hear Donald Duck’s cry very often whenever the Residual Will knocks him out.

While vanitas ‘Thoughts can be obtained from Vanitas’ Adorned Eye-Watching Keyblade, emerging victorious from the clash with the Remnant Will provides a simple crown to wear. And if the reward isn’t a weapon, it can only mean one thing: the summit has been reached. 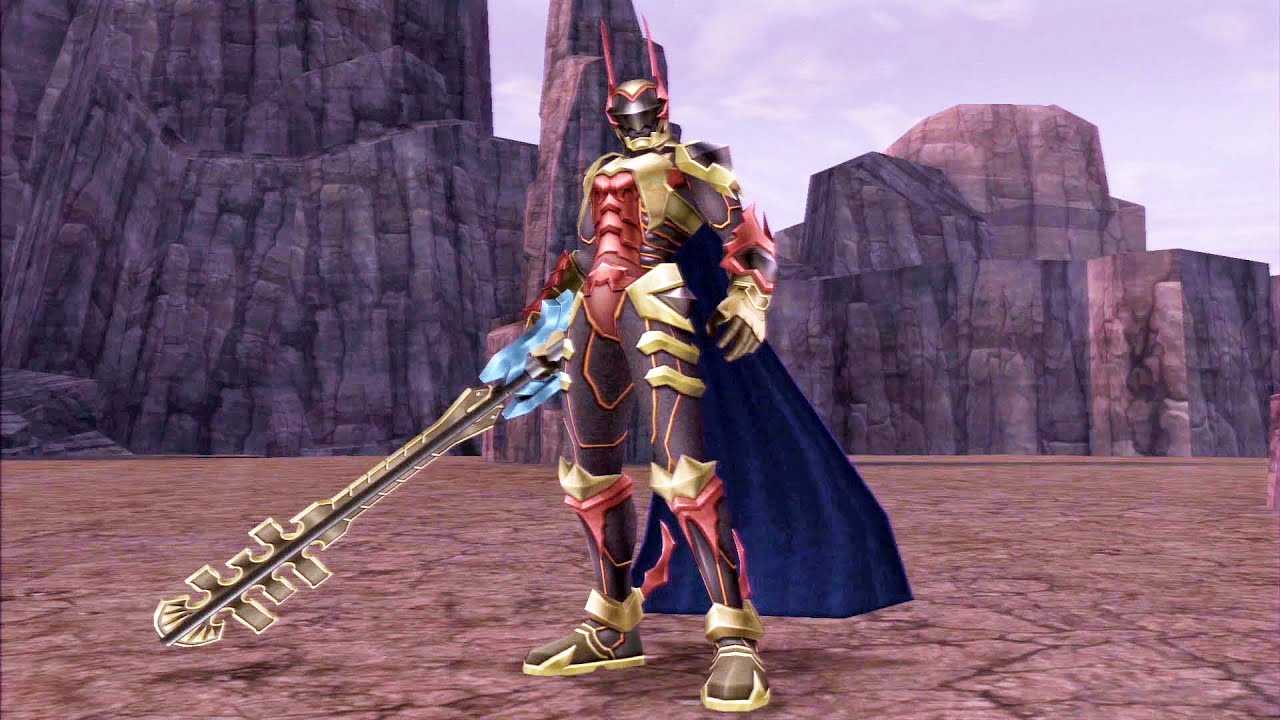 We did not speak, however, of the summit of this top 5: among the optional bosses of the whole saga, is that of Kingdom Hearts III Re Mind to grab it. After being introduced in the metanarrative (a concept little dealt with in Italy) that the development team has been able to weave around the world of the Toy Box, the mysterious Yozora from the video game Verum Rex meets Sora live. However, we can’t really say that their confrontation is exactly one of the friendliest. After all, for the protagonist the effect must be comparable to how it would be for us to face a video game hero, against whom our skills would hardly be enough.

Maybe because of this, it will be because the character designer Tetsuya Nomura wanted to revive the original idea for Final Fantasy Versus XIII before it was transformed into Final Fantasy XV… but Yozora is pounding hard. And we are not alluding to the “hitting hard” typical of the bosses seen so far! Instead, let’s talk about a skill level that will cost us several game overs.

Of course, it would be easy to think of getting around this by equipping one Coin Kupo. It would all be so simple… right? Too bad that this superboss, between a slash and a center with his crossbow, also loves to steal the Kupo Coins we have equipped, restarting the battle just a stone’s throw away from our victory. 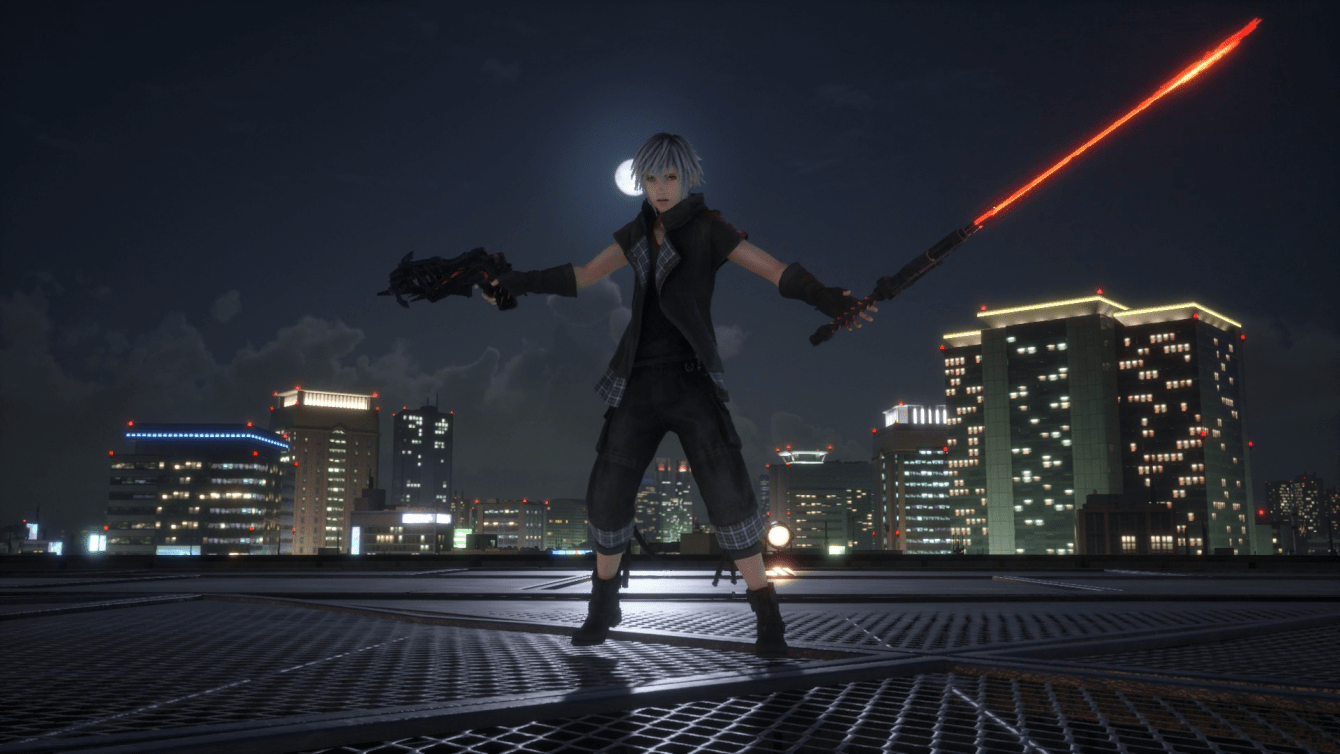 Now it’s up to you to tell us yours: how would you have compiled the ranking? Let us know below, and as always don’t forget to stay on TechGameWorld.com for all the most important news for gamers and more. For your purely gaming needs, you can instead find the best discounts in digital format on Instant Gaming.

Rumor: Call of Duty Vanguard, date and time of the official announcement! 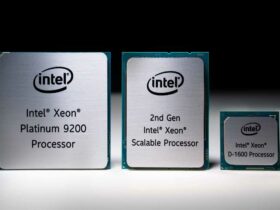 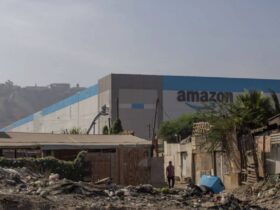 Amazon and the warehouse in the Tijuana slum: a strategic place