Animal Crossing: New Horizons, the video game phenomenon of the moment for Nintendo Switch, comes out of the console and becomes a LEGO diorama thanks to the work of OrangeTeam Lug

Since its arrival on Nintendo Switch in March of last year, Animal Crossing: New Horizons it has inspired not only gamers looking for a digital experience never seen before, but also those who have always looked at video games from a distance, like a world they never thought they would approach. The virtual islands of this life simulator, which became a real one in a few weeks world phenomenon, have undoubtedly made their entry into the homes of Italians at a time when people needed more recreation and relaxation than ever before.

As Nintendo’s history shows, often the creations of the Kyoto house are able to go far beyond the pixel world of video games, stimulating the imagination and creativity even in the real world.

From these premises the OrangeTeam Lug diorama was born, one of the most active Italian community of LEGO fans in the panorama, officially recognized by LEGO, which has decided to create a brick version an Animal Crossing: New Horizons island featuring some of its most famous characters. A real, tangible island, made up of 6 thousand bricks, which portrays anthropomorphic animals KK Slider e Gulliver, together with all the elements that enthusiasts from all over the world have learned to appreciate and exploit properly: from the indispensable workbench, to the trees (fruit and not), up to an inevitable bonfire with benches ready to welcome the Inhabitants of the Island.

Despite the complications of lockdown, in about 3 months of work, Animal Crossing: New Horizons has finally arrived in the real world and is ready to expand further. In addition to the characters already made, in fact, other iconic animals such as the Tom Nook raccoon will soon land on the diorama island. Furthermore, Practical building guides will soon arrive on the official OrangeTeamLug channels, which will allow LEGO and Nintendo fans to faithfully reproduce the characters that have entered the collective imagination in the past year since the release of Animal Crossing: New Horizons. An episode that once again confirms the impact that the Nintendo video game sold fastest in Europe, with over 7 million copies sold, has had on the most disparate sectors and fields, inside and outside the video game.

What do you think? Will you also create a diorama inspired by your favorite title? We remind you to stay tuned on the TechGameWorld.com pages to be always updated on the world of collecting, cinema and much more! 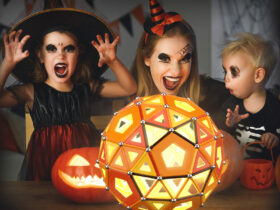 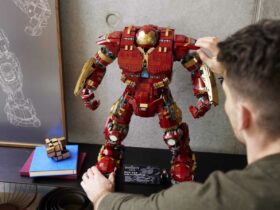