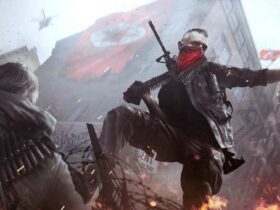 The Roland-Garros eSeries by BNP Paribas 2021 was announced very recently, the fourth edition of the well-known eTennis tournament

Roland-Garros and BNP Paribas have finally announced the fourth edition of Roland-Garros eSeries by BNP Paribas, eTennis competition played on Tennis World Tour 2. After the last editions of the tournament, the French Tennis Federation has decided to adopt a new concept based on the ecosystem sport, joining forces with specialized schools and universities.

By choosing to collaborate with these institutions in seven different countries, the Roland-Garros eSeries by BNP Paribas wants to give life to the new ambitions of the competition and actively train young export talents through a tournament that combines competition and education. The goal is to make this tournament a springboard for participants towards a career in esports.

Even this year, BNP Paribas collaborates with the French Tennis Federation and reaffirms its status as bank engaged in the promotion of tennis, both on the red clay of the Philippe-Chatrier court and on the virtual one of Tennis World Tour 2. With this commitment, the bank has chosen to continue to be a point of reference among sponsors of all types of tennis, from real to the virtual one.

Also this year the MCES Team, a professional esports club, supports the Roland-Garros eTennis tournament and its participants. In all its activities, the club aims to combine sport with export. To do this, the MCES Team trains its players as top-level athletes, under the direction of Yannick Agnel, French Olympic swimming champion. Its involvement strengthens the competitive position in the esports ecosystem. The MCES Team is also committed to develop amateur export and spread the discipline, in particular by organizing sports and esports courses for the youngest.

The eighth finalist will be instead the winner of an open online tournament in mainland France. The final of this big public event will then be broadcast live on Twitch Tuesday 27 April. All title contenders can register for this tournament now on the We Are Tennis website. Vincent-Baptiste Closon, Head of Sponsorships and Events at BNP Paribas, explained:

As the official sponsor of Roland-Garros for 48 years, BNP Paribas is pleased to support the fourth edition of the Roland-Garros eSeries by BNP Paribas in collaboration with the FFT. Thanks to this tournament where training and competition are perfectly combined, we renew our support for future eTennis champions by giving them the opportunity to hear valuable advice from professionals of the gaming industry.

The International Grand Final will be held during the Parisian Grand Slam, according to the health and safety measures in force given the current situation. In addition, the final of the event will also be broadcast live on Twitch, thus allowing all fans to attend.

On this occasion, the two finalists will share a cash prize of 5,000 euros. After the tournament, the winner will be invited to HumanFab, a research laboratory for high-level physical preparation for sport and export. Later you can participate in a 1 week bootcamp at Team MCES Gaming Center in Marseille.

If you are interested in staying up to date with all the news about the event and much more, then keep following us here on TechGameWorld.com. Furthermore, in case you want to buy some games at an advantageous price, we suggest you take a look at the many offers on Instant Gaming.