We had the pleasure of previewing Remothered: Broken Porcelain, the new horror adventure from Darril Arts and Stormind Games. Will this new chapter live up to its predecessor?

After the good success of Remothered: Tormented Fathers, Italian studies Darril Arts and Stormind Games are about to return with a new chapter in the series. Tormented Fahters has been one of the surprises of recent years, both for the Italian and international markets, earning a niche in the already crowded videogame horror catalog. Making the experience a treasure, with Remothered: Broken Porcelain the studio attempts to replicate the success of the first chapter by improving and expanding the gaming experience. Will this second chapter live up to it?

Remothered: Broken Porcelain talks about the little girl’s misadventures Jennifer, a (presumably) orphan girl who works at the Ashmann Inn, context of the game. In fact, thanks to an introductory cutscene, we discover that after being expelled from the Flemmington Girls Institute following an “accident”, Jen was hired by the manager of the hotel in question. Too bad the dark soul of the hotel, in full style Shining, you do not seem to appreciate the presence of the young woman.

At the beginning of the game we find a short prologue, in which we meet Porcelain, the antagonist of the game for the first time. Porcelain appears as the typical relentless and invincible hunter from which we can only escape and hide, very reminiscent of the good old Chris Walker di Outlast (and company). After completing the prologue, we find ourselves in the manager’s office who summoned Jen for a strange incident involving Lindsay, another hotel employee. After the director’s reprimands, we are taken back to our chores by Andrea Massino, right arm of the director. After a discussion with Lindsey we finally take control of Jen, to start the game. 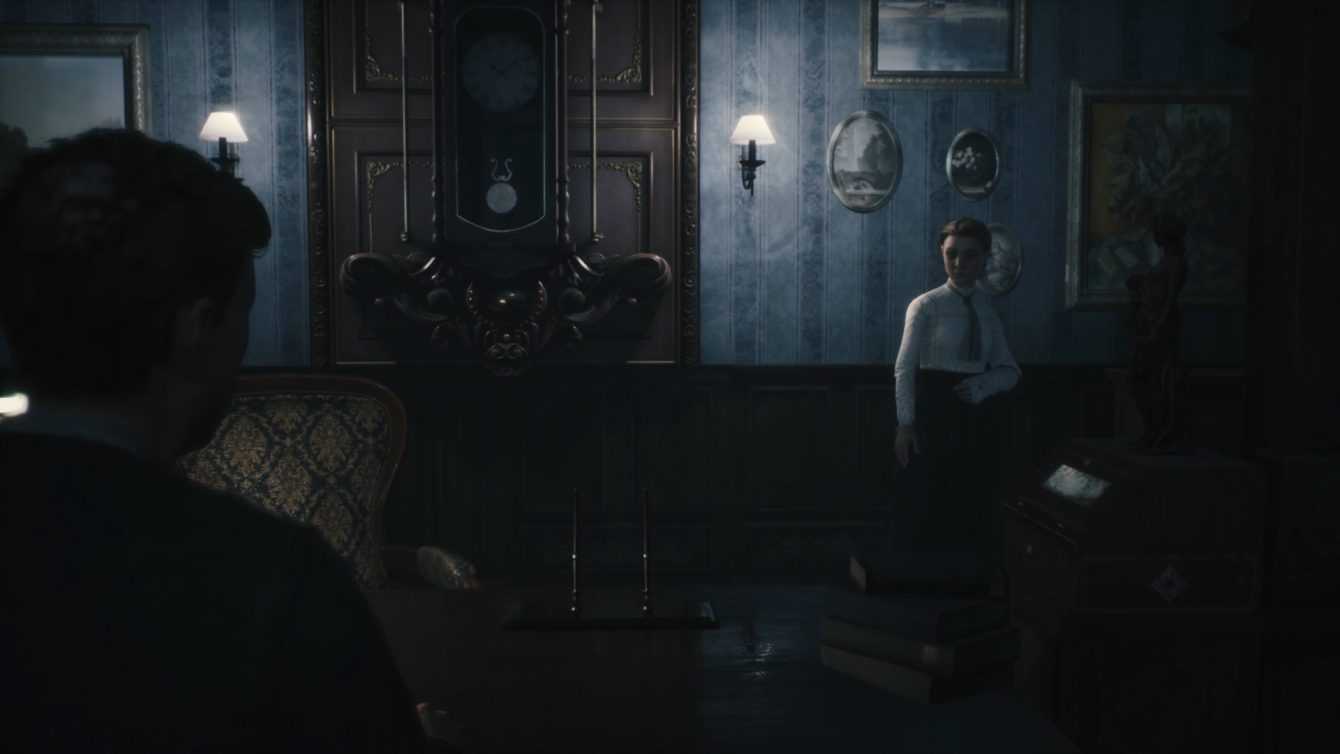 You Can Hide, But You Can’t Escape – Remothered: Broken Porcelain Preview

Remothered: Broken Porcelain is presented, in the wake of the first, as a very pure survival horror in which you have to survive and complete tasks to progress. Although (as already mentioned) the mold of the game can be traced back to exemplary predecessors of the genre such as Silent Hill or the more recent Outlast, in this chapter we find elements of Tormented Fathers improved and some interesting additions. As in the aforementioned games, the environment is full of drawers and cabinets to open, chests to hide in and objects to collect. This time, however, a much more strategic way of using collected items has been introduced. In addition to the classic keys, the possibility of combine the found objects to create more complex and interesting situations.

If you previously had to run away and hide from your pursuer, this time you can distract him with music boxes and talking dolls, lure him into traps and more. With this choice of gameplay, the studios give the game a good elasticity, derailing from the typical tracks of pure survival to parry something more varied and interesting. This approach makes Broken Porcelain a more strategic and reasoned stealth survival, which could ultimately prove to be the key factor for the game to function. 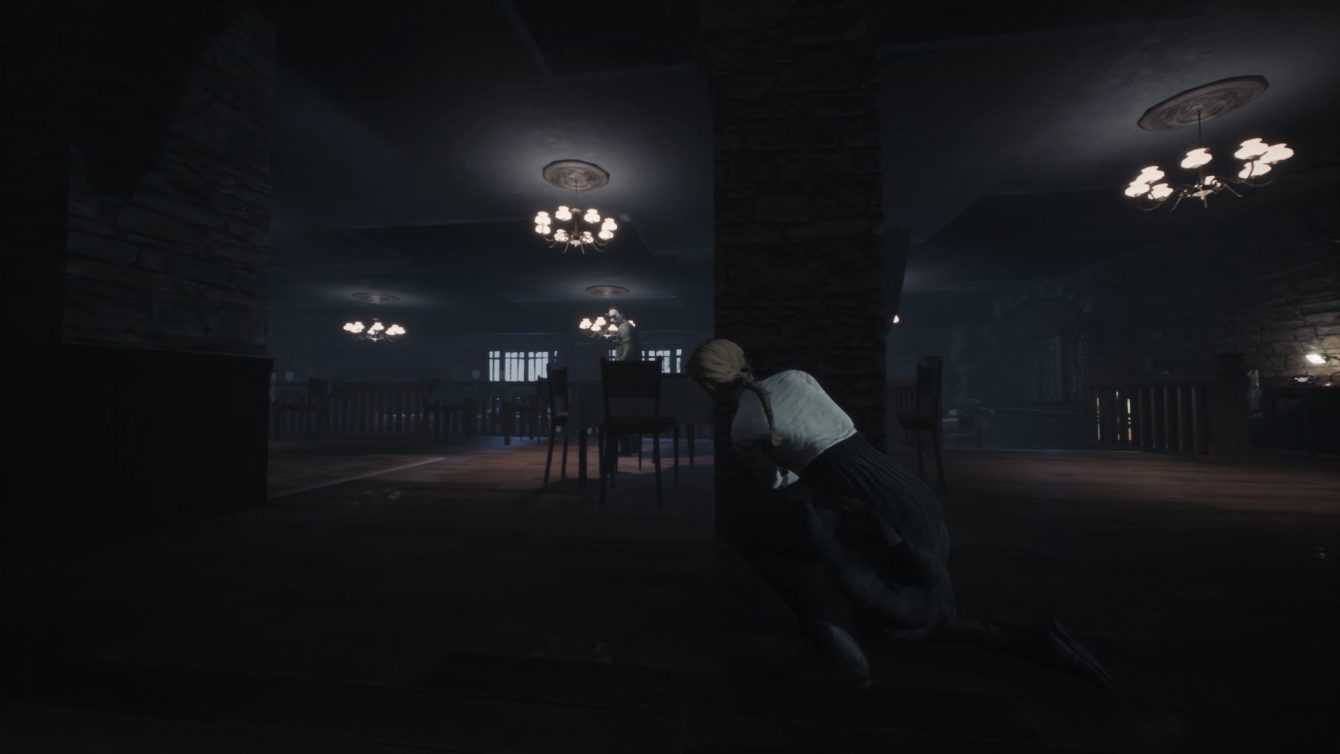 We assume that the game tried it is still in the beta phase. This means that we are basing our preview on an incomplete game that has yet to be thoroughly refined. Despite this, technically Remothered: Broken Porcelain appears as a great leap forward compared to the first chapter. The graphics are decidedly more accurate and the environments appear rich and well detailed. The photography convinces and the lights give a distressing atmosphere of all respect for the genre. Even the characters and animations are well built, although interactions with objects still need to be improved.

Sore notes (reiterating that this is a game still in beta) some related bugs to audio and models. In particular, in some points the audio disappears completely or only some elements of sound design remain, the music comes and goes and the volumes rise and fall a bit at random. Also note the bugs related to Jennifer’s braid, which occasionally performs inexplicably in stunts definitely too anarchic.

Escape from the Ashmann Inn

In conclusion, Remothered: Broken Porcelain made us a very good impression, with the necessary reservations. Although the game is still in beta, the mold and the positive experience of the first chapter are reflected in this new adventure, which convinces from the first minutes of play. There are many things to improve and the game still appears a bit cumbersome, but we trust in talent by Darril Arts and Stormind Games. There remains the unknown of a game very similar to its predecessor, but considering the additions to the gameplay we talked about earlier we shouldn’t take the risk.

Remothered: Broken Porcelain will be available on 20 October 2020 per Nintendo Switch, PlayStation 4, Xbox One e Microsoft Windows. As always we wish you a good gaming and we invite you to stay tuned to TechGameWorld.com for more news, updates, reviews and much more from the world of video games. Hi!