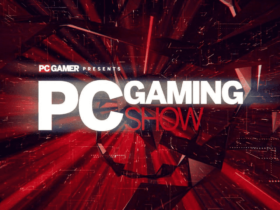 Zen Studios’ pinball machine returns to throw balls everywhere on both Nintendo Switch and next-gen, with a taste of the new Pinball FX

We were positively surprised by the recent announcement of Zen Studios, which confirms the arrival of Pinball FX not only on Nintendo Switch, but also on consoles next-gen. This was revealed by the development team with a post on Twitter, which as always we will report below, defining the new project as the most ambitious pinball simulation ever. We have seen the implementation of the battle royale genre in the most disparate contexts, including Tetris 99 and Super Mario Bros. 35 from the Big N, but we have no idea how it works applied to pinball machines. Of course, we’re not complaining.

In the post, the development team alludes to Pinball FX as “a new platform for pinball” that will be available on next-gen consoles (PS5 ed Xbox Series X/S), as well as the aforementioned Nintendo Switch ed Epic Games Store. The post also mentions a career mode ea new IPs, given the crossover aspect you might remember from past titles. In fact, we have seen it both in Marvel Pinball 3D on Nintendo 3DS and in Star Wars Pinball. More recently, the development team has resorted to DLC implementation to include other thematic tables. You can get a small demonstration of what awaits us with the tweet in question.

Not only that: we will also find new modes, such as challenges, the clan system, a new graphics, new leagues, tournaments, competitive play, live events and seasonal content. Furthermore, as we have anticipated, we will see meeting points with other intellectual properties; Zen Studios will reveal them as release day approaches, still unknown beyond a simple “2021”.

Now it’s up to you to tell us yours: what do you think of this new simulation experience for the pinball machine? Let us know below, and as always do not forget to stay on TechGameWorld.com for all the most important news on the gaming sphere. For your gaming needs, you can instead find the best discounts in digital format on Instant Gaming.