Apple he is gradually taking the big step to fully switch to his own “Apple Silicon”, Intel’s custom silicon. To celebrate this incredible milestone, he gifted all his engineers with special t-shirts. Let’s find out all the details together.

Apple Silicon: the Cupertino company celebrates a year of transition

The company introduced the new M1 Pro and M1 Max chips just a few months ago with the launch of its new models of MacBook Pro 14 and 16 inches. The new chips deliver better performance e battery life and we’ve seen several tests that praise them. In honor of the completion of the Apple Silicon’s first year of transition, the company is giving its engineering team some special T-shirts.

To commemorate Apple’s first Silicon transition year, an Apple engineer shared an image on Twitter, showing one special M1 t-shirt donated by Apple. The t-shirt shows an image of an M1 chip and its accompanying glow, along with a letter from Apple thanking the engineers who worked on the M1 project. The ticket reads:

Every now and then something comes that changes everything. Congratulations and thank you for helping make the Apple M1 possible!

The Apple engineer, Andy Boretto, noted that the December 31, 2021 it was “the last day of the special delivery year”. The engineer said he is proud to have worked on Apple’s custom chips.

NBA 2K22: here are the best badges for My Player

Ubisoft: employees protest again against the giant for reasons of “internal” discrimination 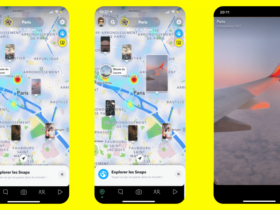 Snapchat: here is the launch of the Layers