The Flying Wild Hog studio has just announced on Twitter that new details about Shadow Warrior 3 will be revealed soon, along with the release date of this new chapter of the series.

2022 will be a crucial year for several titles that have been postponed in 2021. The studios hope to be able to return to more direct development modes over the next few months, and this desire has been expressed several times by the companies and the directors themselves. . Among the new games that we expect for this year, there is also Shadow Warrior with its third chapter. The new episode ofirreverent shooter saga with oriental accents has been waiting for a couple of years now, and towards the end of last October a further postponement of the title was confirmed with a trailer. However, recent updates reveal how in the coming months there could finally be some important news, at least according to the development studio, which has declared the arrival not only of new upcoming details, but also of the release date of Shadow Warrior 3.

On Twitter, the official Shadow Warrior 3 account posted a new short trailer, which further shows all the epicness and frenzy that has always characterized the series. You can see how different types of firearms that are perfect for will be used in the game riddling with shots anyone who opposes us. They will be able to range from quick guns to massive rifles and powerful machine guns, jumping immediately after using more than optimal powers to help us throw in the air the enemies that will come in your way. It also appears that the new chapter will also mean the return to the classic structures that previously characterized the levels of the series, distinguishing themselves from the new style used instead in Shadow Warrior 2.

Shadow Warrior 3 is coming in 2022 and guess what year it is now?

They are not shown inside the trailer the silent and fatal blades, nor their craziest and most absurd variants. Either way, it will probably be a matter of time before we can see them too. In these few seconds of video, however, all the exaggerated spectacularity on which the series was based from the beginning shines through, and the statement accompanying the clip lets us know that very soon there may also be new information regarding the release date of Shadow Warrior 3. Yet, it must be remembered how such claims were made even when the postponement of the title to 2022 was announced, and this leads us to remain slightly cautious about expectations for the future.

Continue to follow us on our TechGameWorld.com website to stay up to date on further videogame news. We also suggest you check out the store at Instant Gaming, in order to find new interesting titles at discounted prices. 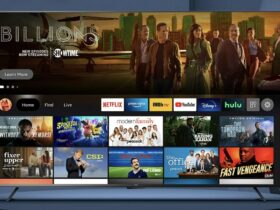