Apple is preparing to expand its range of devices with the launch of new ones Apple Glass, new viewer for augmented and virtual reality on which the Cupertino company has been working for some time. Several market analysts agree that the time is finally ripe for the debut of Apple’s new product. Let’s see all the details.

The new Apple Glass are about to arrive

As confirmed by analyst Ming Chi Kuo, one of the most reliable sources for news related to the Apple world, the new Apple Glass will be announced later this year. THEInitially, the new device from Apple should be available in very limited quantities.

It will be necessary wait at least 2023 to be able to register a greater diffusion. Probably, therefore, Apple will limit the marketing to some selected markets. There is also the possibility that the official debut on the market will take place a few months after the actual presentation.

The time is ripe for the debut

The launch of the new Apple Glass now seems to have become one a matter of months and no more than years. The Cupertino house would have entered the final phase of its development and is now ready to take the big step towards virtual reality. The impact of Apple’s new product on the entire industry could be truly significant and support the spread of augmented reality applications over the next few years. More details will certainly arrive in the coming months.

The best WordPress themes: here are the info 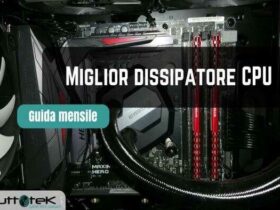 Asustor Nimbustor 2 (AS5202T) review: one NAS to rule them all