In the past few hours, Ubisoft has officially unveiled the requirements of all bands, from the minimum to the ultra, for the PC version of Rainbow Six Extraction: let’s see them together in this dedicated article

As the release of Rainbow Six Extraction approaches more and more abruptly, the basic information that Ubisoft is revealing about the game are gradually getting bigger and more interesting. We have already talked about the things you need to know before starting to play it in a dedicated article, which you can find by clicking here, but there were still some key elements that the company had not yet revealed. Among these, the requirements of the PC version that Ubisoft shared through its official channels a few hours ago.

In this instance, the bands of requirements have been divided into several bands, four to be exact. The first two, the minimum and high requirements, will run the game at a resolution of 1080 and are not particularly demanding in terms of performance. The last two, on the other hand, with a resolution ranging from 1440p to 2160p, are quite demanding and you will need very performing machines to be able to run them at their best. All bands require at least 16GB of RAM, with the exception of the minimum which requires 8, and the game will have a combined weight of 85GB at launch. Let’s see them in more detail with the summary scheme that you find below.

Below is the outline of the Minimum Requirements (1080p):

And that’s it when it comes to the requirements for the PC version of Rainbow Six Extraction. We remind you that the new iteration of the Ubisoft franchise will be available starting next January 20 on PS5, Xbox Series X | S, PS4, Xbox One and PC. Let us know what you think below in the comments, we will continue to keep you updated with all the news, guides and reviews on videogame and tech! And if you are interested in game keys at advantageous prices, we recommend that you take a look at the InstantGaming catalog!

Sputnik and its dark sides: the stories of Laika, Belka and Strelka 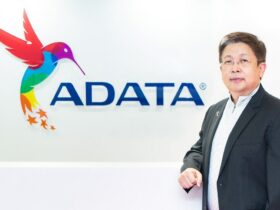 ADATA introduces the M.2 2280 PCIe SSDs of the LEGEND series