Recently the software Pegasus by NSO it targeted journalists, human rights activists and politicians. Therefore, Apple has stated that it will send security alerts to all those whose devices may be compromised. At the moment, in fact, the Cupertino company has already warned five Thai activists and researchers. But let’s go back through history to really understand why Apple made this decision.

NSO is an Israeli company that produce spyware Pegasus with the finality of compromise iPhones of political and non-political exponents. And then he sells them to governments around the world without thinking too much about the consequences. “NSO only sells Pegasus to governments, but its customers include countries with extremely poor human rights data, political opponents and others targeted. An Amnesty International report claims that Pegasus has been used to launch zero-click attacks against human rights activists and other innocent targets. ” Thus an expert in the sector described the Israeli company’s activity.

Given the situation, Apple is actively monitoring the devices for any signs of compromise by Pegasus. And soon the company will inform users through different methods. “Apple’s threat notifications are designed to inform and assist users who may have been targeted by state-sponsored attackers. These users are individually targeted because of who they are or what they do ”. So the company explains the situation in a supporting document. “Unlike traditional cybercriminals, state-sponsored attackers apply exceptional resources to target a very limited number of specific individuals and their devices, which makes these attacks much more difficult to detect and prevent.”

Therefore, Apple will warn users of a probable attack by the NSO in three ways: iMessage, e-mail and a notification in theApple ID. These notifications, however, will not require users to click and connect to a support page. They will be simple alerts, which can be verified right in the Apple ID section. And finally, the company adds a series of procedures to follow to protect yourself from any attacks: 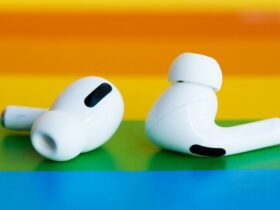 iPhone warns you if you forget your AirPods Pro