Land Rover launches the creative idea Leader by Example where 5 authentic Italian leaders explain the value most similar to them of the 5 that the new Range Rover is able to offer.

I 5 Leader by Example designed to represent, with naturalness and authenticity, their affinity of values ​​with Range Rover, and who have accepted the challenge of accompanying us on this journey, through the sharing of their experiences, their personal and professional stories.

The leaders chosen by Land Rover for Leader by Example and represent the 5 leadership values ​​of the new Range Rover are recognized as such in their areas of expertise.

The first is Ettore Bocchia, chosen as Leader By Emotion. Since 1993 at the Grand Hotel Villa Serbelloni in Bellagio, Ettore Bocchia he is Executive Chef of the two restaurants Mistral and La Goletta. In 2002, thanks to studies carried out in collaboration with physicist Davide Cassi, he created the first Italian menu of molecular cuisine. It obtained its first Michelin star in 2004. Its cuisine evolves in the continuous search for excellence and well-being.

Camilla Lunelli was chosen as Leader By Networking. Camilla spent three years in Niger and Uganda working on humanitarian projects, then returned to Italy to run the family business at the head of the External Relations of Cantine Ferrari, among the top ten Classic Method houses in the world. “Winemaker of the year 2021” for Corriere della Sera, on the Board of Directors of Save the Children Italy: an intense relationship activity that makes Camilla Lunelli the “Leader by Networking”, Who knows how to listen and communicate sincerely at all levels.

Alberto Galassi is the Leader By Attitude wanted by Land Rover, who manages to transmit knowledge and values ​​to all those who meet him- Alberto is a lawyer specializing in international law with a passion for large companies and for Made in Italy. Before becoming CEO of the Ferretti Group, a world leader in the design, construction and sale of luxury boats, he was President of Piaggio Aero Industries. He was and is currently the only Italian director on the Manchester City board.

Michele Pontecorvo Ricciardi is the Vice President of Ferrarelle SpA, a 100% Made in Italy company among the market leaders, which operates in the bottling and distribution of mineral waters at national and international level, closely linked to the excellence of the Ferrarelle brand, the natural effervescent synonymous with quality since 1893. FAI Campania President and member of the Board of Directors of the publishing house “La Nave di Teseo”, is also strongly committed to environmental and social sustainability. His company, in fact, is the first and still the only Italian company in the food sector to have built a special plant for the recycling of PET, contributing to the creation of a “-1 impact world”. For the tenacity and inventiveness with which Michele Pontecorvo harmonises development strategies and responsibility, he was chosen as “Leader by Determination“, That is the one who faces and overcomes every challenge without ever compromising his ethical values.

Stefano Seletti And Seletti: a company that, starting from the tin cups sold in local markets, working with artists such as Pierpaolo Ferrari and Maurizio Cattelan, arrived on the shelves of the MoMA Design Store in New York. The Seletti brand today means hundreds of shops, fairs all over the world and an internal creative laboratory that creates products with a strong artistic connotation. Stefano Seletti is therefore the “Leader by Vision”To inspire people who will listen to his vision to prepare for change with integrity.

Per tell about Leadership will be realized 5 brevi video talk, in which the 5 leaders tell each other. 5 unique personalities, each of which is characterized by one of the values ​​of leadership, and in which they will explain how this value has helped make them successful leaders, get involved and make a difference. The video talks, starting from the end of November, as they are made, can be viewed in a dedicated section on the website: www.landrover.it. 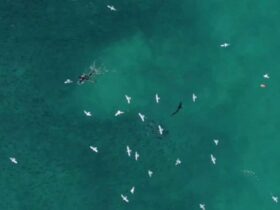 A drone saves a fisherman from a shark attack

Nintendo Switch Pro: a new leak for a reveal at the beginning of June 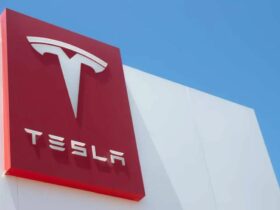