Assassin’s Creed Mirage.
The name doesn’t surprise us to tell the truth. The leaks of the last few days had already anticipated the title of the next, highly anticipated chapter of the series.
With the’Ubisoft Forward but today we have learned important new information. The game, which will arrive in 2023, will have as its protagonist Basim Ibn Ishaq, the reincarnation of Loki that we already got to know with Assassin’s Creed Valhalla. But that is not all.

Assassin’s Creed Mirage: what do we know?

Let’s face it: “Mirage“Had already made us guess the setting of the game. In our minds we had imagined the desert. And the desert almost immediately led us there, to the Arab countries.
But where exactly? Well, AC Mirage will let us find out 9th century Baghdad. A Baghdad of which today there is no trace e that Ubisoft has reconstructed with love and great detail using documents and artifacts of the time. An immense work that not only concerns buildings and objects but also people. The Baghdad of Mirage, divided into four districts, is populated by politicians, scientists and artists that you will encounter during your adventure.

This time we will take on the role of Basim, following its path, from a wild youth to a master Assassin. An evolution that will have repercussions on his appearance, his clothing and his skills.
To train him we will find a veteran with the voice of the Iranian actress Shohreh Aghdashloo (The Expanse, The Punisher, Star Trek Beyond): Roshan. Basim’s mentor will also take us to Alamut, historical headquarters of the brotherhood.

Ubisoft seems to want to go back 15 years. Not in a negative sense, mind you. Do you remember the AC of the past? Those of Altair and Ezio? The ones where the stealth approach and the Creed were everything? Those with a linear but extremely exciting narrative? Well, Mirage aims to bring all of this back. There is therefore great attention to stealth mechanicscon new tools which will help the protagonist to act secretly and always remain a shadow. Invisible.

The view from above is also back thanks to ours faithful eagle, with the archers, however, who could target it and risk shooting it down. The players will therefore have to make good use of this possibility, perhaps eliminating the archers before any other enemy.
Basim will also be able to slow down timetarget more opponents and exploit buildings and structures they favor it parkour. In short, the level design was designed precisely to favor leaps, jumps and stunts.
There are also news regarding assassinations, with a focus on efficiency and the use of new tools and even some traps.

Assassin’s Creed Mirage looks set to conquer the purists of the series. And we do not hide a certain enthusiasm for this return to the past. To play it, however, we will have to wait for the 2023, with the game that will land on PC (including Amazon Luna), PlayStation 5, PlayStation 4, Xbox One and Xbox X | S Series. 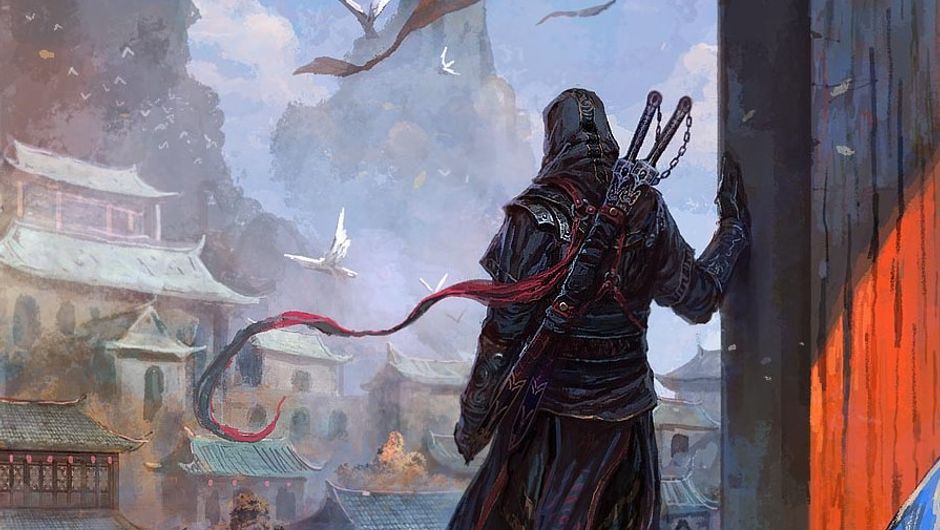 We all looked forward to it and it is coming. Not in the short term, mind you, but the French publisher has a Assassin’s Creed Codename Red which will finally be set in Feudal Japan. Ubisoft gave us only a sneak peak of the title but enough to ignite the spirits.

Another title will also arrive on PC and consoles, Codename Hexe, of which, however, we know even less. The short teaser transports us to what appears to be a jungle, with the fraternity logo made up of sticks, but for now it’s not clear where and when it will take us.

The series of assassins will also land on mobile, with an open world which for now has only the code name Jade. In this case we will find ourselves in China, with the possibility of creating our character from scratch.

But it doesn’t stop there. Ubisoft has announced that it is at work with Netflix for another mobile game and above all for a series that we hope to see soon.
We conclude with Assassin’s Creed Infinity, a platform that promises to connect players to the franchise in a completely new way. For now, however, we do not have a launch window so we just have to wait.