French gaming entertainment giant Ubisoft has revealed plans to introduce a update in Assassin’s Creed Origins to allow you to play the title a 60 FPS in backward compatibility on current consoles. The company hinted at this in a message to fans during “# ACDay,” an annual December 21 event that celebrates the franchise and its community. Let’s see all the details about it in the next lines of this article.

Assassin’s Creed Origins: the update for backward compatibility to 60 FPS is in line with what happened previously with Odyssey

“Whether you are a longtime fan or even if you have just discovered Assassin’s Creed, we want to thank you for being part of this community,” Ubisoft reported in its tweet on the official profile of the historic cross-platform saga. The giant of the Splinter’s Cell and Prince of Persia series then continued the message in this way:

Your continued support, passion and vigilance honors us all every day. Stay tuned for more information on AC Valhalla and an exciting future for Assassin’s Creed.

Whether you are a longtime fan or just discovered Assassin’s Creed, we want to thank you for being a part of this community.

Your continued support, passion & vigilance humbles us all every day.

Stay tuned for more in AC Valhalla & an exciting future for AC. 🔥 pic.twitter.com/0LbX3WpbTL

Ubisoft then added in a follow-up tweet. “We are also looking to add support with a update a 60 FPS per Assassin’s Creed Origins, so stay tuned! ”. In August, Ubisoft added 60FPS support for Assassin’s Creed Odyssey of 2018 played on PlayStation 5 and Xbox Series X / S via backwards compatibility, so it is logical to think that now the same thing will happen for the title that describes the origin of the sect of the Assassins.

The publisher recently revealed their plans for the second year of Assassin’s Creed Valhalla content, the first for the series, last week.

Scorn: new trailer reveals the month of the release in 2022 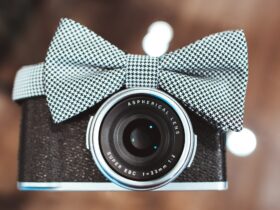