During the Battlefield 2042 beta, players have been dealing with the tedious presence of bots during matches. This is because the number of standard players available, at least on new consoles and on PC, has reached an impressive number of 128 users able to participate in a match, and in case the title fails to find a sufficient amount of participants, the unoccupied seats should be replaced by soldiers led by the game’s AI.

The reachable bot figure is much higher than that used in other multiplayer titles with the same function, such as Star Wars Battlefront or Player Unknown’s Battlegrounds, and it can fill up to 64 available slots. However, this does not apply to last generation consoles, which have smaller maps and reach up to 64 players in Battlefield 2042, and now it seems that the same mode will also be included for new generation consoles and PC.

The development studio released the last major update of the year on December 9th, bringing several improvements and changes in the recording of the hits inflicted with the bullets, along with their dispersion and the recoil of the weapons. There is also talk of the resolution of at least 300 problems that had occurred in Battlefield 2042, as well as a better quality of life. After this patch, DICE would be heading for a short hiatus starting at the end of the month, to then kick off the game’s long-awaited Season One, adding a new specialist, the Battle Pass and content for Portal mode. After making the Rush mode available for a limited time, the positive feedback that it has had from the players has prompted the development theme to extend its presence during the holiday period.

64 Player Conquest and Breakthrough are now available for a limited time in #Battlefield2042 on Xbox Series X|S, PlayStation 5 and PC👀

Users also requested to make permanent the ability to have fewer users in the game like in Rush, saying to not wanting to return 128-player modes. Perhaps it is also for this reason that DICE has decided to leave the 64-player modes of Battlefield 2042 for further time also on Conquest and Breakout for PC, PS5 and Xbox Series X, which in this way stand out the infantry combat and make maps less distracting. In addition, now the new modes do not have an expiration date that can be viewed on the menu, so it may be that the studio is considering officially inserting them into the game.

Plastic: new life for that of computers 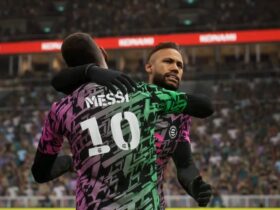 eFootball: Update 1.0 has been postponed to next spring 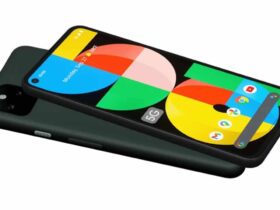 Pixel 5a is about to arrive (but not in Italy)