In the event just concluded dedicated to the next chapter of Battlefield, in addition to the gameplay and other features of the game, the release date of Battlefield 2042 was also announced

During the streaming event dedicated to the next title of the Battlefield saga, in addition to the officialization of the title: Battlefi: eld 2042, of which a leak had recently emerged, we witnessed a decidedly spectacular trailer. Furthermore, we now also know when the gameplay of the title will be definitively shown. For Battlefield 2042, a release date has also been set.

What has until now been called Battlefield 6, has finally revealed itself with the official title of Battlefield 2042. This new sequel offers a completely revisited setting set in future. The player will have at his disposal several futuristic weapons that break the continuity and the feel of the weapons of the latest games in the series set in the past. In addition, the destructibility environmental, a feature already implemented in Battlefield 1. The reveal trailer was published in streaming on the official channels. The official Battlefield 2042 release date was confirmed in a tweet from Geoff Keighley.

Battlefield 2042 is out on October 22. pic.twitter.com/dzuItB1tHC

During the presentation we were able to take a look, as already mentioned, at a beautiful trailer that suggests some clues about the new title mode. We will have to wait, therefore, a few days to take a deeper look at the gameplay and, unfortunately, a few more months (not too many) to get our hands on this new chapter of one of the most popular FPS sagas of all time.

To buy securities in Discount go to our Instant Gaming link! For more news, guides and insights, follow the pages of TechGameWorld.com. 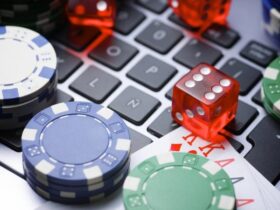 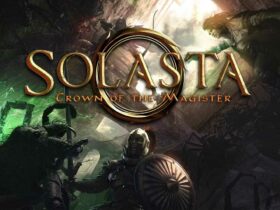 Solasta preview: Crown of the Magister, almost a board video game

Incastrati: the series by and with Ficarra and Picone