Despite the release of Battlefield 2042 took place a little less than a month ago, some details of what the new game could be, or a Hero Shooter battle royale, already seem to be foreshadowed.

Not even a month has passed since DICE released its new Battlefield saga game. The launch of the title has been followed by numerous technical issues, and in response the studio has already made some pretty important patches to the game, including weekly missions, a team deathmatch mode with vehicles, a new map and various improvements to the quality of life. . The UI and indicators have also been made easier to see, adding to the that list exceeds 150 bug fixes. And while DICE itself is undergoing a profound change within the studio at the same time, it is already starting to talk about how Battlefield could in the future be a Hero Shooter with battle royale elements.

The new Battlefield game and a battle royale future

When Battlefield 2042 was announced, numerous rumors emerged regarding the inclusion of a battle royale mode, which were however denied first by insider Tom Henderson and then by DICE itself, giving the appearance of wanting stay true to classic multiplayer games. Now, a new rumor on the next game in the series always comes from the same insider, an individual now known by all fans of the shooter series and who has therefore shown himself to be correct in many of his statements concerning the saga. He claims that the new Battlefield game could be a real Hero Shooter this time, thus joining titles such as Apex Legends ed Overwatch, also including the infamous battle royale.

The next Battlefield title is scoped as a hero shooter of sorts – It’s not a removal of specialists, but an enhancement of them. #Battlefield2042 has always been intended to be a stepping stone to a “hero shooter” with a Battle Royale – It was just executed poorly.

According to Henderson, it will not be one removal of specialists included in Battlefield 2042, but a kind of “update” that they will undergo. Also, 2042 would have been a kind of “step” into that kind of modality, even if it didn’t happen in the most optimal way. Considering how the GM of DICE, Oskar Gabrielson, has abandoned EA, and the founder of Respawn Entertainment (creators of Apex Legends) Vince Zampella has arrived at the head of the franchise, one could already guess the type of road that will be taken in the next Battlefields. In addition, the Ripple Effect studio, formerly known as DICE LA, appears to have plans to create a new experience in the universe of the series, even if it is still difficult to understand what can be dealt with precisely.

Keep following us on our TechGameWorld.com site to stay up to date on new gaming news, and take a look at the Instant Gaming store for new games at discounted prices. 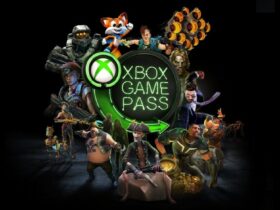 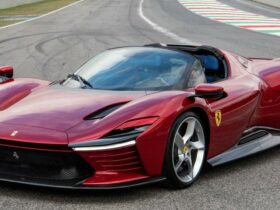 Ferrari Daytona SP3, for Manzoni the new Icon is “the most beautiful ever”

Battlefield 4: tips and tricks to be the best