Infinity, the video streaming service offered by Mediaset has entered the streaming platform market with a fair amount and the intention is undoubtedly to further expand its share. To do this, Infinity offers a series of films and TV series of various genres, so as to be able to target families and individuals of all ages.

Today we want to take this opportunity to talk to you about the biopic category, within which Infinity allows you to see a series of excellent films. Here is our top 10:

10) Race – The color of victory | Best Biographical Movies on Infinity 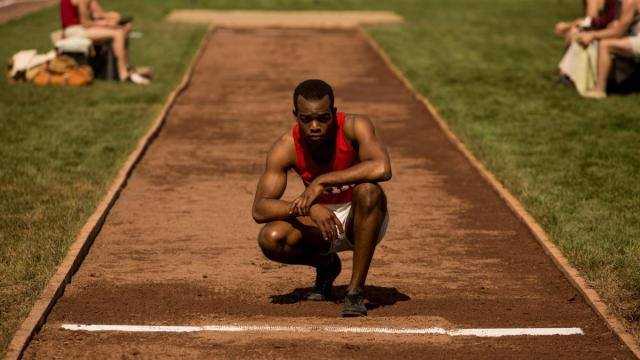 Race – The color of victory is a recent biopic that presents the sports life of the Olympic champion Jesse Owens, became the undisputed protagonist of the 1936 Berlin Olympics which were organized by the Nazi regime of Hitler and Goebbels. The film focuses on the efforts of the African American champion Jesse Owens, who won against everything and everyone, obtaining 4 golds. It is a film that shows how much racism was still present, both in Germany and in the United States, and how sport became an opportunity to redeem themselves and to make their voices heard for those characters like Jesse Owens.

9) 3.17 pm – Attack on the train | Best Biographical Movies on Infinity 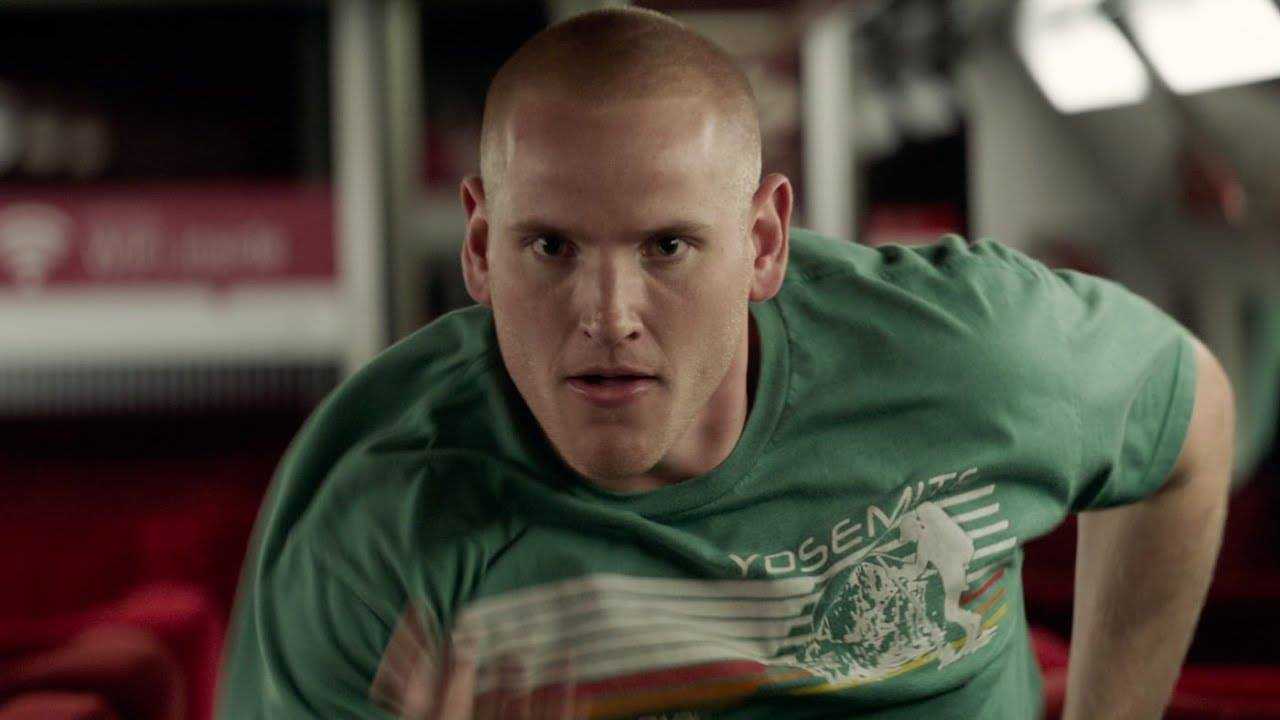 15:17 – Attack on the train is a movie of Clint Eastwood which is based on a real story. It tells the deeds of three friends who intervened in the first person without any hesitation to avoid a possible massacre. It refers to the thwarted terrorist attack on the train that went to Paris on August 21, 2015. The film focuses on the personal life, aspirations and concerns of young boys who seek their way in the world. In the last part we are presented with the actions carried out by the protagonists, who prevented the intentions of the terrorist from turning into a massacre. The actors featured in the film are the real heroes of the story. 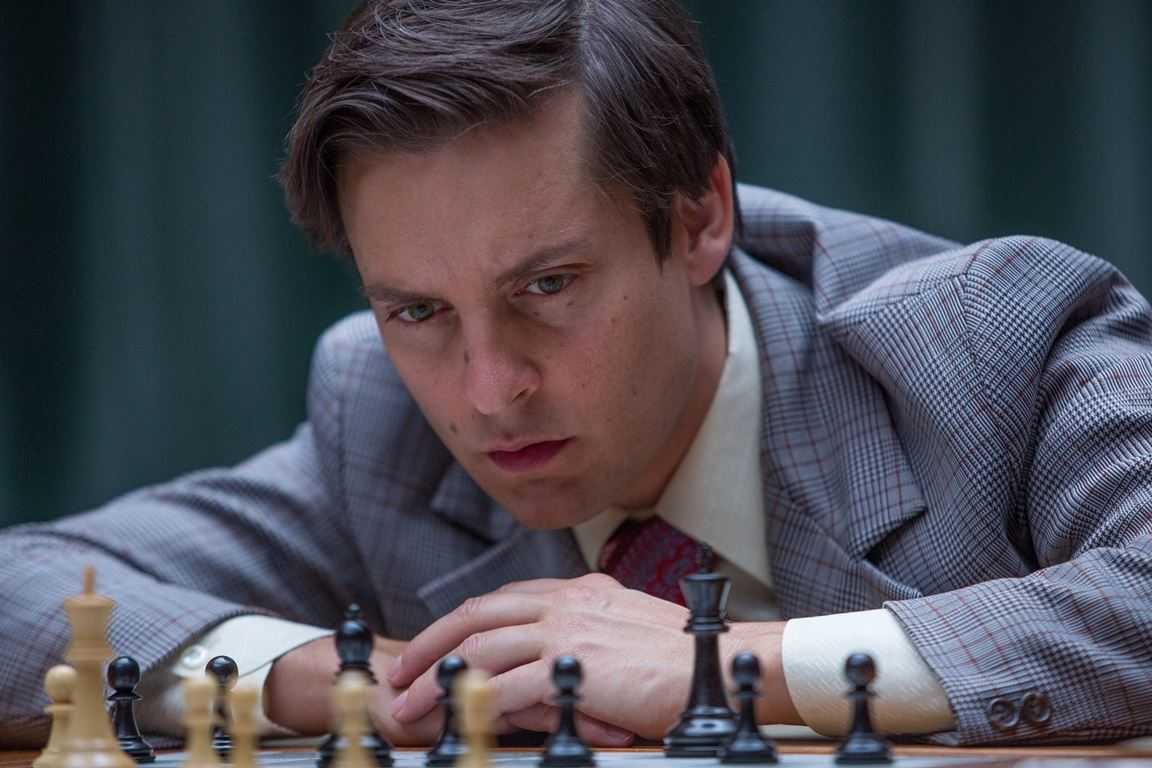 This film tells the epic challenge between chess players Bobby Fisher (interpreted by Tobey Maguire) e Boris Vasil’evic Spasskij (interpreted by Liev Schreiber) during the 1970s. Their rivalry became the symbol of the contrast between the United States and the Russian Federation, so their matches were followed by all over the world as if they were the signals of the Cold War. Their “meeting of the century” caused a stir and the film focuses on this specific moment. The film shows Bobby Fisher’s fears, needs and mindset, explaining why he made many particular decisions throughout his life. It is a biographical film that allows you to retrace a piece of history, as the scenario present in the 70s is well contextualized and, moreover, it is a motivating film because it clarifies it focuses on the need to win and be the best by the protagonist. Bobby Fisher. 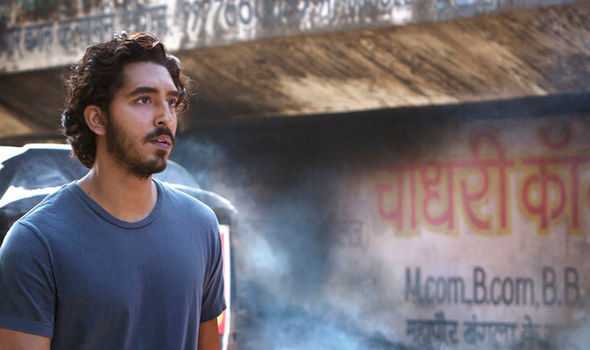 Lion – The way home is a dramatic film that tells a story that certainly cannot leave the viewer indifferent. Tell the true story of Saroo Bierley who stayed only one night in Calcutta and got lost. He found himself very far from his family and, only when he became a mature boy, was he able to find his biological mother. It is a moving film that shows us the common difficulties faced by the inhabitants of the poor countries of India.

6) Try to frame me | Best Biographical Movies on Infinity 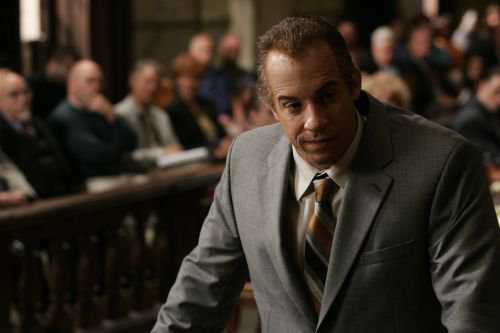 In Try to frame me we find a Vin Diesel far from the clothes of the classic hard to which he has accustomed us. Here he plays a criminal who decided to defend himself against the charges brought against him in court. The debate in court became a real show, due to his grumpy and outspoken attitude, but he remained loyal to his friends and for this he paid a harsh sentence. The film tells the story of Giacomo DiNorscio. 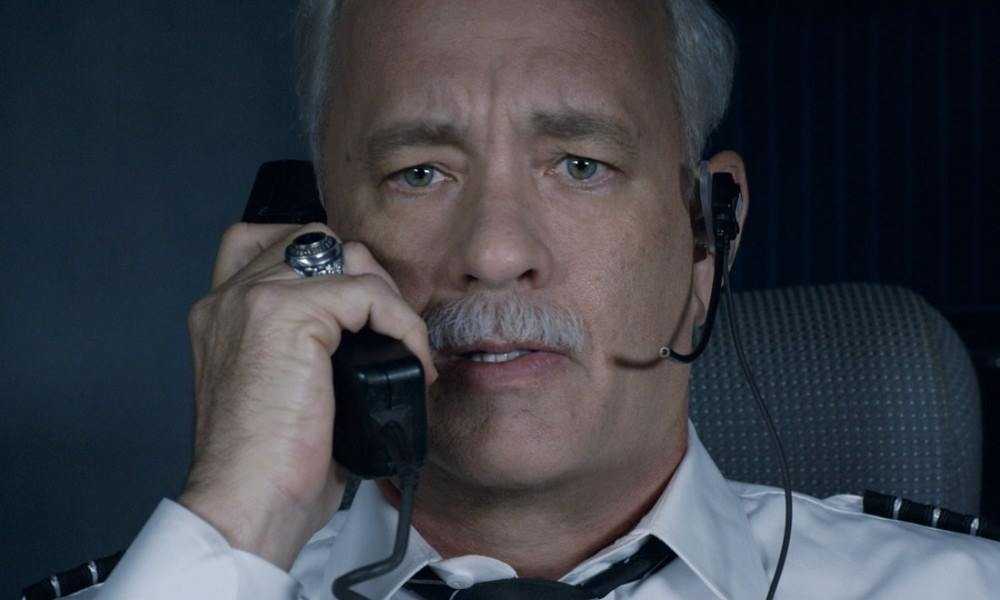 Sully is a tall film of Clint Eastwood, in which the theme of the hero is again deepened. In fact, even in this case a catastrophe was averted, thanks to the incredible ability and firmness of the pilot Chesley Sullenberger (interpreted by Tom Hanks), who managed to land on the Hudson River and save the 155 people who were inside the plane. His gesture was initially not seen as an act of heroism, but as a risky and wrong gesture, and the commander had to face the commission’s accusations. He was able to prove that his decision was the correct one and his action is seen today as that of a true hero. 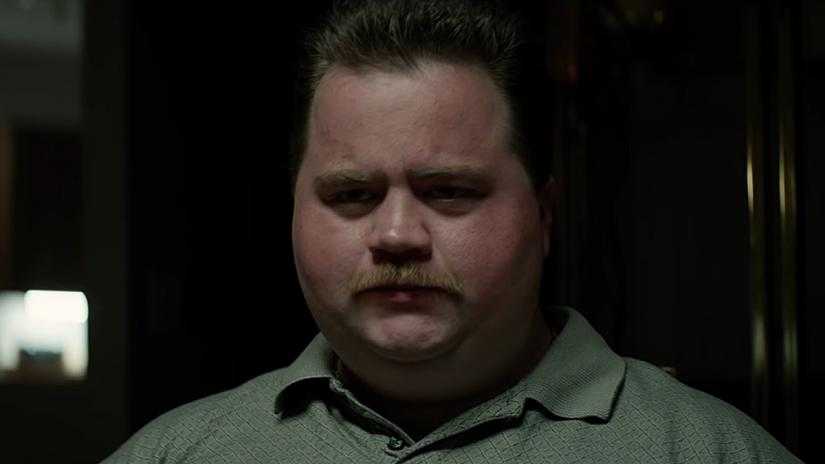 Richard Jewell is the last work of the now always mentioned Clint Eastwood. In this film, released in our cinemas at the beginning of 2020, we see again the story of a hero who had to fight to prove that his rescue act was valid and defend himself from the accusations. In fact, the title takes up the story of the protagonist, that is the security guard Richard Jewell who was able to identify a bomb during the Atlanta Olympics and managed to reduce the impact immediately. The film shows how the FBI’s blunt and misguided view and media work was a complete disaster. In fact, these two sectors unjustly accused Richard Jewell of being the culprit of the attack, although the evidence on which they based this thesis was not at all true and proved unreliable. If you want to know more about this biopic, here is our review.

3) The Battle of Hacksaw Ridge | Best Biographical Movies on Infinity 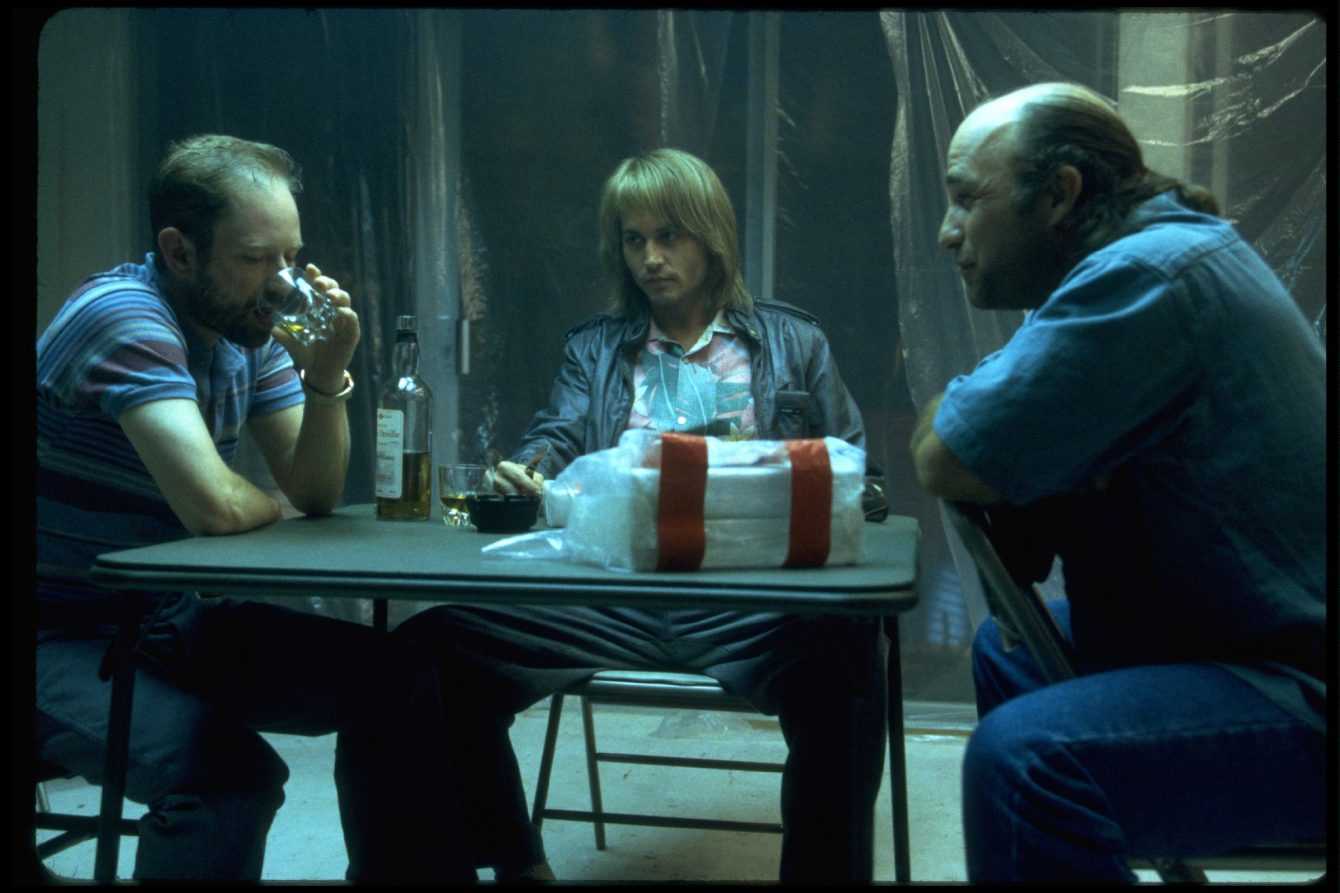 Mel Gibson directs this recent war film, which chronicles the exploits of Desmond Doss (interpreted by Andrew Garfield), a conscientious objector who enlisted in the US Army medical department during World War II. He fought not to take up arms and still managed to be instrumental in saving many lives during the Battle of Okinawa. The biographical work shows the will and the faith of the hero, which earned him a medal of honor and above all the awareness of having contributed in a fundamental way towards his companions. 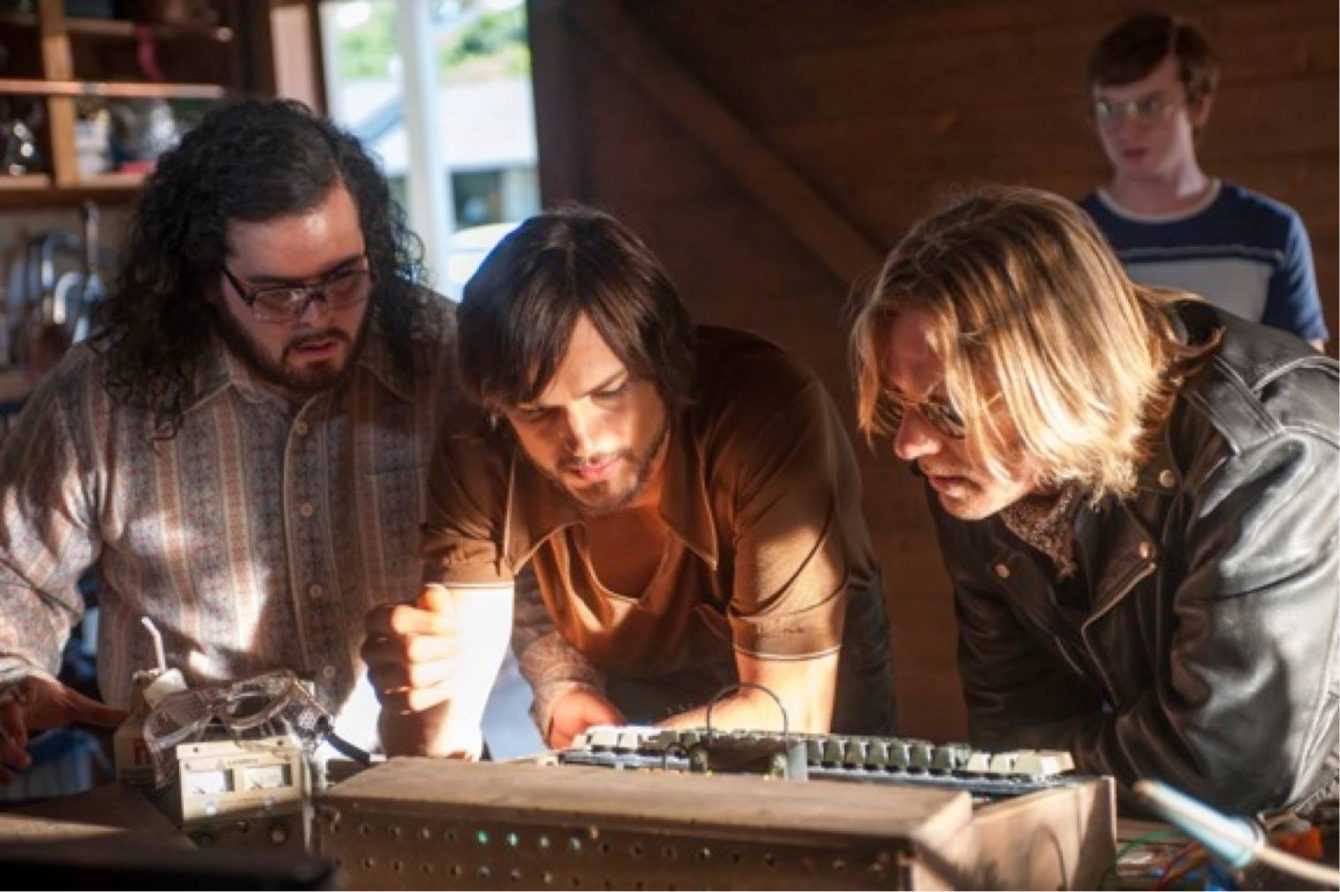 Jobs is a biographical film that narrates the early career of Steve Jobs, interpreted by Ashton Kutcher. The film focuses mainly on the beginnings of the entrepreneurial activity of the one who revolutionized the world of technology. It shows us both the positives and the negatives of the character. It is in fact evident how the desire to create something unthinkable is primary for Steve Jobs and it clarifies how his character limits have also led him to different difficulties in managing the company. The work shows what are the main characteristics of an entrepreneur and how much vision, planning, comparison and ideas are the fundamental elements to create something extremely innovative.

The biographical work that obtains the primacy is Blow. It is a drama that focuses on the life of the criminal George Jung. His talent and ambition led him to become a leading weed and drug trafficker but his rise was hampered by rivalries with colleagues and family drama. This led to a fall and arrest. The film offers food for thought on various aspects, as it shows us the sentimental and professional side of the protagonist. It highlights how two worlds so different from each other, such as that of drug trafficking and the family, are in conflict with each other. It contains quotes that have made the history of cinema and excites.

What do you think?

Infinity gives us the opportunity to see great works like the ones we have mentioned. You like them? What are your favorite biopic films? Feel free to comment, we will be happy to discuss it with you.