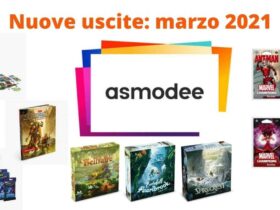 New Asmodee releases: all the news for March 2021

Have you ever wondered what the Best Fantasy RPGs are? If one wanted to start, which ones could he start from? Let’s find out together!

The history of pen & paper RPGs is long and fascinating. For decades, these little containers of fantastic dreams have kept company for generations of aspiring adventurers and detectives. But finding your way in a world so rich in news and titles is not at all easy, and this is where we step in. This is the first episode of a series that will take you into the heart of RPGs, dusting off titles you may already know and making you discover new, unmissable adventures. You are ready? Here we go!

Trivial, those of you who already know this world will think. Yet, in our opinion, essential. You cannot begin a guide to discover the world of RPGs, and the best of them, without mentioning the most famous (and most likely loved) among them. Born in 1974 from the brilliant minds of Gary Gygax and Dave Arneson, Dungeons and Dragons marked the history and growth of all subsequent RPGs. Developed in 6 editions (including a 3.5 that has remained in the hearts of many of us), D&D has influenced an entire imagination; from the game an entire narrative, comics and cinematic vein (but perhaps this was avoidable) was derived which still continues to thrill and amaze.

But the game itself, what is it about?

Eh, it’s not easy to condense the heart of D & d into a few lines. Adventure would be the first answer. Magic, fighting and mystery those immediately following. Since the first edition, Dungeons and Dragons drags its players into a fantastic medieval universe made of monsters, heroes and amazing adventures. Over time, the embryo of rules and mechanics created by the two authors (drawing inspiration from the 70s wargames) has become increasingly dense and complex. Up to the version of D & d 3.5, the largest and most complex, as well as the most loved. Today, the current version is the 5th, a more streamlined edition yet still capable of keeping intact the charm of the world of Gygax and Arneson.

Being the most famous RPG, D&D is also the easiest to start playing from. Any comic shop and specialty shop will have (or can be ordered) a copy of the Player’s Handbook, the Introductory Guide to the game world. Likewise, in these hubs of aggregation between nerds it will be possible to find a group of players who already meet periodically, and to whom you may perhaps be able to join. There is also a site on which it is possible to find and post party announcements throughout Italy, valid for all RPGs (including D&D, of course). You can find it here gdrplayer.it.

Alternatively, you could always decide to put yourself in the shoes of the Master and thus become creators and narrators of your own world. In this case, you will also need the Master’s Manual and the Monster Manual, which can also be purchased in specialized stores. And if you need a hand to get started, here on tuttotek we have recently launched an introductory guide to RPGs, which I leave you here.

Always competing with D&D for the most beloved RPG title, Warhammer Fantasy is another historic medieval Fantasy RPG. Born in 1986 at Games Workshop, by Rick Priestley, it is closely linked to its three-dimensional wargame version, which made miniatures and tactical maps its strong point. Inspired by the epic fantasy but above all by the sword & sorcery to Michael Moorcook, Warhammer Fantasy allows you to tell of heroic feats and epic clashes between opposing factions, but not only. To them, the RPG combines stories of common life in medieval cities, giving its players the opportunity to take on the role of host, rat catcher and humble peasants.

Over the decades, Warhammer Fantasy has seen 9 editions, with continuous changes to the mechanics and the system. To characterize each of these, however, has always been the solid setting, according to many more clear, engaging and defined than that of D & d (which has always preferred to entrust the characterization of settings and characters to supplements). Furthermore, the Warhammer system is loved precisely because it allows access to features and details that few other RPGs allow; from madness to less common methods of treatment, to name a few, as well as a more bloody and merciless fight, which often leads the Characters to a death’s step.

The same points written for D & d also apply to Warhammer. Comics shops and shops are the recommended aggregation centers, while for manuals it is sufficient to buy the Game Manual translated by Need Games to have the essentials in hand to start playing.

This year it was named one of the Best Fantasy RPGs of the year. We are talking about Vampires: La Masquerade, which reached its 5th edition in 2019. Born in 1991 in the White Wold house, this RPG drags its players into a modern setting, however, populated by fantastic creatures. As you will surely imagine, the Vampires are the undisputed protagonists of the game, who are here imagined as a consolidated company united under a common rule: La Masquerade.

The game transports us to a gothic and dark version of our world, here however called the World of Tenembra. Corruption, decay, crime and violence are the daily bread of the inhabitants of this setting, ruled behind the scenes by the vampire society. Ancient, powerful and fearsome, vampires coexist with ordinary people, hiding in the hierarchies thanks to the Masquerade, the law that forbids them to reveal themselves to those who do not belong to the race.

The organization of the vampire society is solid and rigorous, and the laws that bind its behavior have made it an unparalleled power. The players, of course, play the Vampires, who here can belong to different clans and draw from them special abilities and skills.

The Basic Vampire Handbook: The Masquerade already has all the essentials to play in it. In addition, there are two supplements to the 5th edition that contain rules and implementations to enrich the setting and the adventures played. 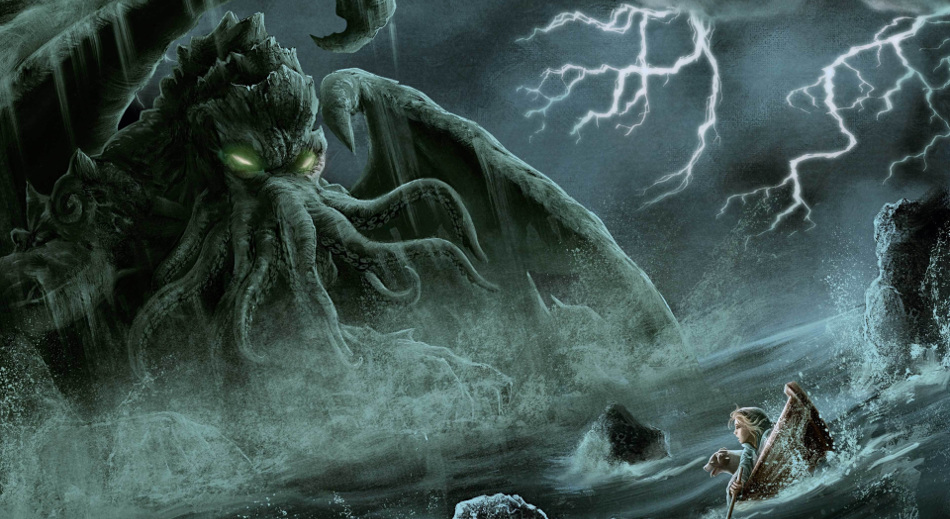 Not all fantasy RPGs, as you have seen, tell of fantastic adventures in beautiful medieval settings. Some, like The Call of Chtulhu, tell just the opposite. Born 1981 in the Chaosium house, Call of Cthulhu is in fact a horror RPG that draws inspiration from the dark and mysterious tales of the world of HP Lovecraft. In Italy it is currently translated by Raven Distribuzione, which recently published the 7th edition.

Call of Chtulhu takes its players to 1920s New England, although the RPG leaves open the possibility of playing in other eras and settings. The players are ordinary people, who despite themselves find themselves embroiled in unimaginable horrors. Journalists, photographers, thieves, artists, veterans… the PCs will have to use all their knowledge to investigate the mysterious phenomena they witness. Cruel alien and divine entities, in fact, weave their plots on earth, and investigators will soon have to come to terms with their existence; while trying to keep their sanity.

The Basic Manual of the 7th edition of The Call of Chtulhu is readily available in comic shops, and there are not a few parties that gather to breathe the dark and menacing air of this RPG. Our advice is to also pick up one or two Lovecraft stories before starting the game, so as to better immerse yourself in the atmosphere. 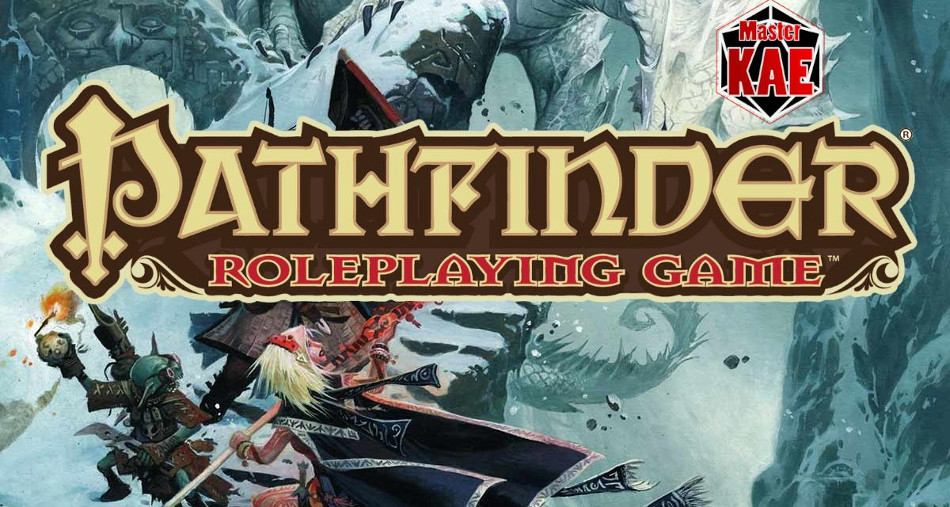 Last but not least, among the Best Fantasy RPGs we cannot fail to include Pathfinder, RPG created in 2009 by Paizo Publishing. Based on the 3.5 edition of D&D, which was an open license product, it reached its 2nd edition in 2019. Here in Italy, Pathinder was first distributed by Wyrd Edizioni (who also edited a large number of supplements to the game), and now by Giochi Uniti.

The peculiarity of Pathfinder is precisely the fact that it follows, in many aspects, the rules and mechanics of D&D, albeit with numerous and notable improvements; for this fact, many fans often call it D&D 3.75, also because the two game systems have been compatible for a long time. This similarity between the two products has meant that for several years Pathinder has stabilized at the same level of sales as Dungeons & Dragons, even surpassing them when the Wizard of the Coast had its dark period (a period that coincided with the much hated 4th edition of D&D).

Pathfinder takes us back to medieval fantasy, in a new world called Golarion. As for D&D, Pathfinder also leaves ample room for the creation and management of the world to the Master, dedicating to the setting a good number of supplements, novels and comics that can be integrated at the choice of the party.

Pathfinder player parties are perhaps a bit rarer than those of the other games on this list. Yet there is a hard core of aficionados who do not give up the versatility of this game system, and it is common to find someone especially on the forums. To start playing Pathfinder, however, you need the Game Manual and, in addition if you want to be a Master, also the Bestiary.