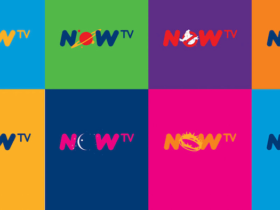 Best Biographical Movies on NOW TV: The 10 Must See

Japanese animation is gathering more and more fans and even Netflix is ​​aware of it: in this 2019 let’s find out which are the best Netflix anime to see, between series and films!

The offer of Netflix it is extremely large and continues to increase. A small slice of the products available on the streaming platform is made up of japanese anime. We can find them of various kinds and of different quality: we therefore want to explore the various series, short films and feature films available to suggest the best ones to see.

We have decided to split these tips of ours into two different categories: series and short / feature films. So let’s find out what the best anime to watch on Netflix!

Anime series: the best to watch on Netflix

Here are the series we have seen (and reviewed) that absolutely deserve to be part of this list. 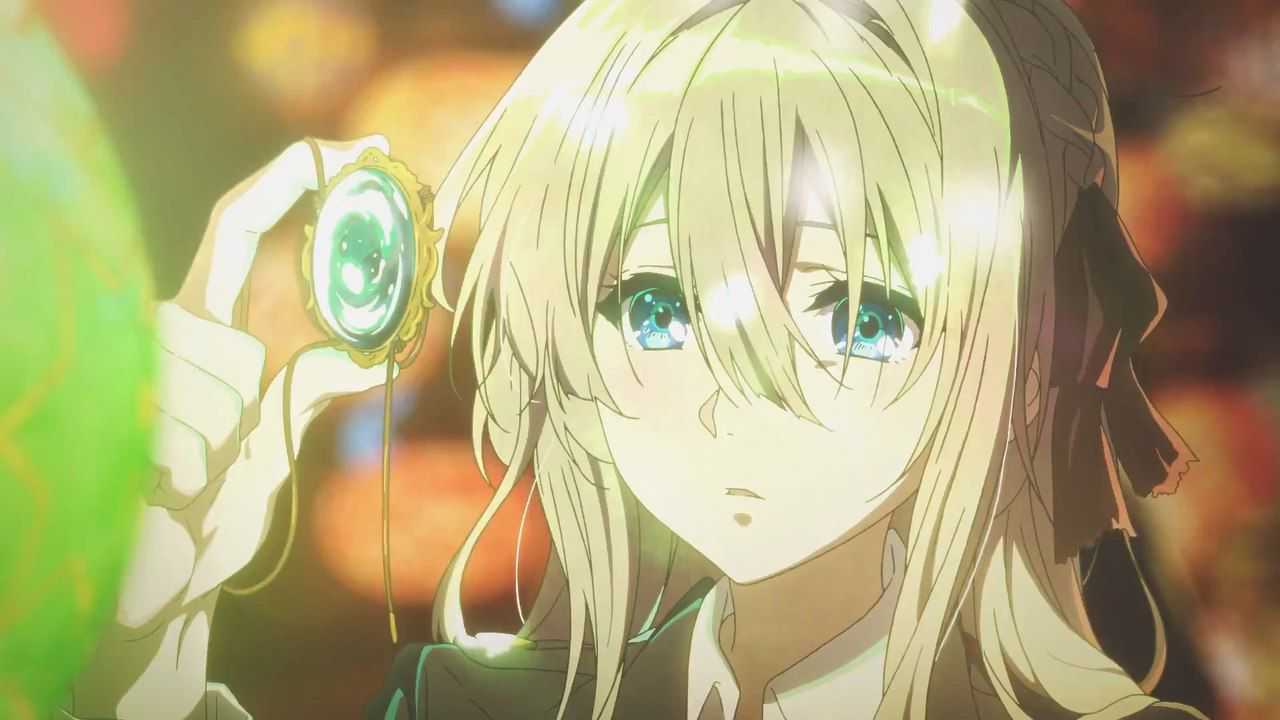 It has the appearance of a doll, the bearing of a soldier, but where is his heart?

Violet Evergarden is a little girl who grew up in the midst of war. Violet has been an instrument of death for years. She has no past, she has no family, she has nothing: especially now that her Major, the only person who ever cared for her, is dead.

The war is over now, and Violet must learn to live and be free, without having to wait for orders from others. Violet, however, he must also understand what it means to love and decides to make him an Auto Memory Doll, a letter writer who travels the continent to help others express their feelings: will she be able to express her own too?

Violet Evergarden is an absolutely unrealistic character: a super-soldier girl, unaware of the slightest social rule, unable even to understand the meaning of “beautiful”. Yet Violet Evergarden is consistently believable, consistently sweet and deep. Violet will move the most sensitive souls and will enchant animation lovers with its top-level technical sector. 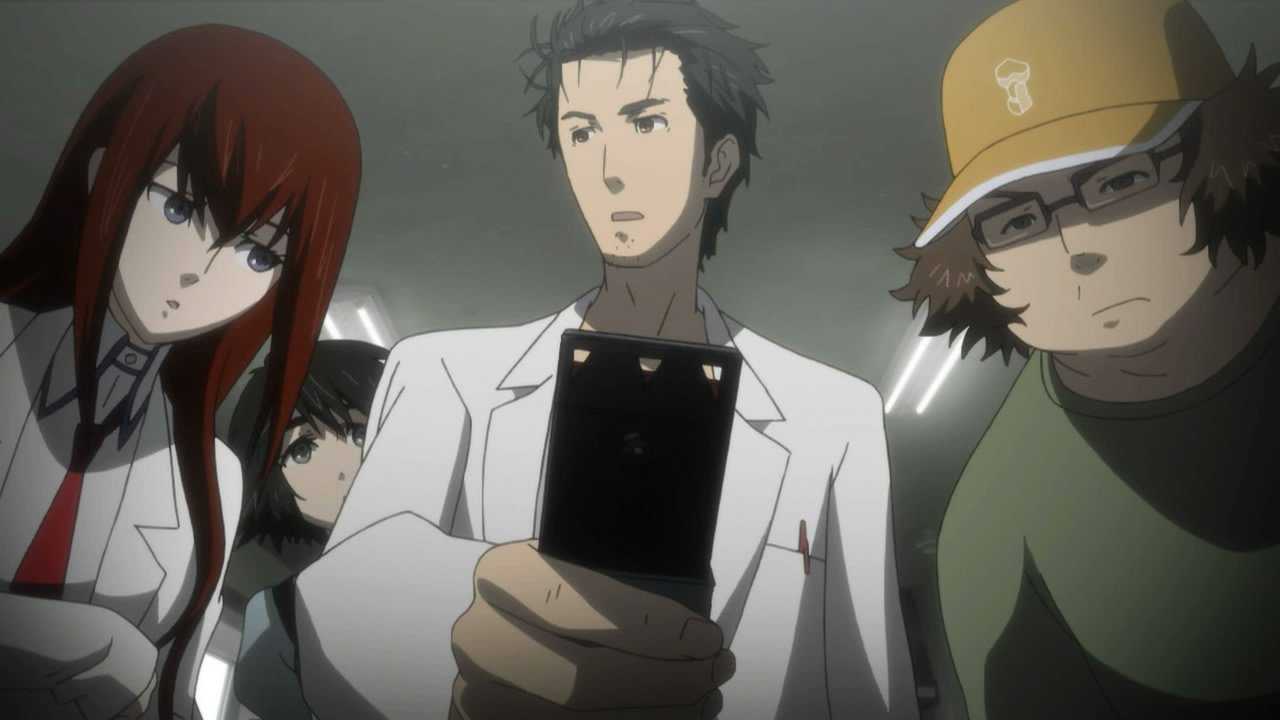 Steins; Gate is a sci-fi and thriller themed anime. We follow the stories of Rintaro Okabe and his group of friends who, by modifying a microwave oven, managed to create a device capable of send messages back in time. They are not the only ones, however, to have access to a technology of this type: a secret society then discovers what the children are doing and tries to prevent them from divulging this discovery, even through violent methods. Rintaro Okabe therefore finds himself having to save himself and the people most dear to him, even at the cost of rewriting the past over and over again to reach the best future for everyone.

Steins; Gate is a high-level anime, wisely animated and with a quality script. You can’t help but love the characters of this series: Rintaro and his friends are always a bit strange, but still credible in their goodness and fortitude. 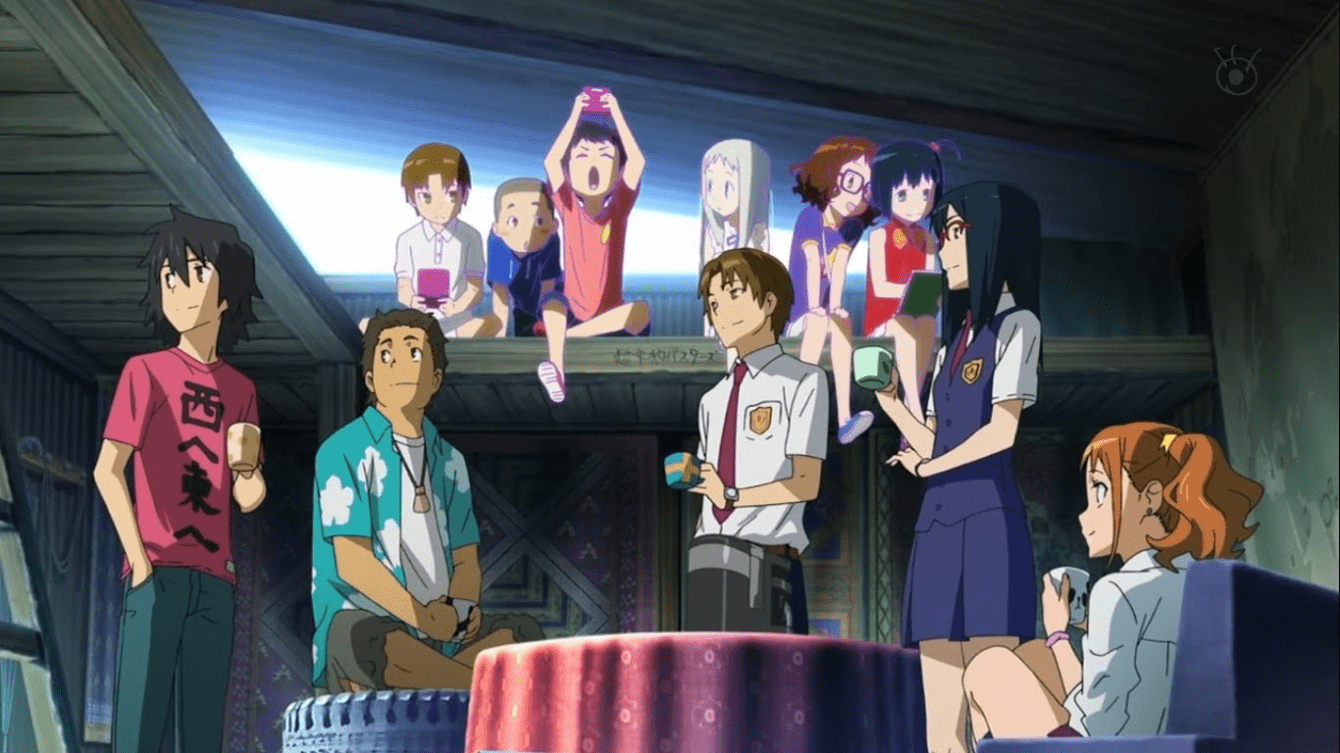 Let’s change genre and move to Ano Hana or, if we want the complete and translated title, We still don’t know the name of the flower we saw that day. Regardless of your appreciation for long stocks, Ano Hana cannot fail to strike you deeply.

The story focuses on Jintan, a young high school student who begins to see the appearance of a childhood friend around him. The boy labels the vision as unreal and pure consequence of his own stress, but the girl (Menma) expresses a wish: Jintan must reunite with those who were their childhood best friends, making peace and giving peace to Menma herself as well. The task is more complicated than it seems, given that the group has been separated for a long time. We will then meet the various members, discovering how they have changed from childhood to adolescence, between grudges, loves and suffering. Everything will revolve around the figure of Menma: what really happened to her? Is anyone at fault?

Ano Hana is the typical anime who will bring even the most icy hearts to tears thanks to his simple and realistic story, which talks about wounds of the soul that are not able to heal only with time and loneliness. 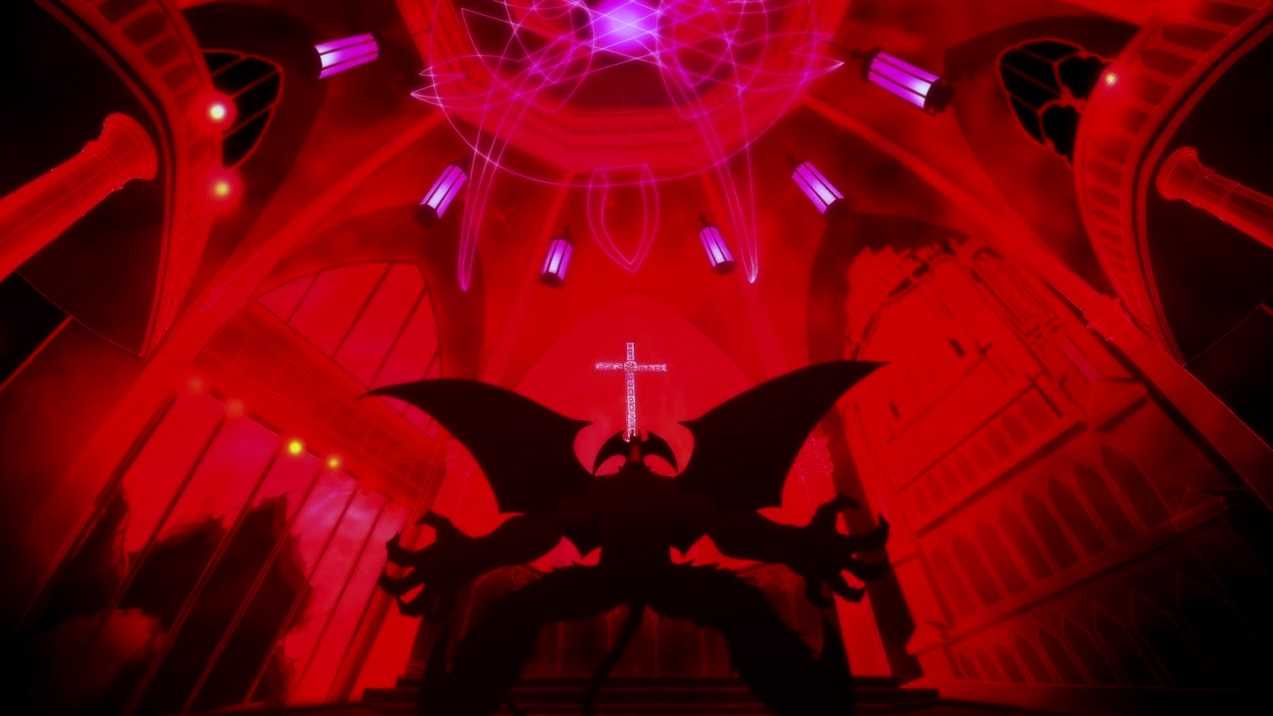 We still change genre or, rather, we make a long flight of pindaric that even change the solar system. Devilman Crybaby it is in some form a love story, but at first glance it is by no means easy to make it happen.

Devilman Crybaby is a modern take on the manga by Go Nagai. The whole story revolves around Akira and Ryo, two young people of high school age very different from each other, but linked by a deep friendship that dates back to childhood. Ryo reveals to his friend that demons really exist and nestle among men: its task is to reveal their existence and eliminate them. To do it, causes Akira to be possessed by a very powerful demon, Amon. Akira, having a very strong heart, manages to have control over the demon and thus becomes a hybrid being: a devilman. With this body he fights demons and tries to save humanity.

Devilman Crybaby does not limit the rate in any way violence, gore and sexuality since the first episode in an increasingly intense and disturbing crescendo. It is undeniable that the most sensitive will not be able to withstand the vision of this anime.

Devilman Crybaby is not a perfect work: the narration, compared to the original work, sees its focus slightly off-center (we cannot say more without spoilers!) Making some secondary figures less relevant for the economy of the series; even seeing it in this way, however, it is undeniable that some of these characters would have enjoyed a longer playing time (only 10 episodes of 25 minutes). Either way, Devilman Crybaby is a great way to retrieve Go Nagai’s work in anime version, modern and unsweetened.

One-Punch Man is exactly what it sounds like. A parody of the most classic battle shonen: if normally the hero has to get stronger and stronger to overcome the enemies, the protagonist of One-Punch Man, Saitama, manages to get the better with a single punch. Being the strongest is the goal of every battle shonen, but the problem is around the corner: boredom. Nobody is at her level and Saitama can’t make sense of her life. Everything will change when he meets Cyborg, a revenge-seeking boy who wishes to become his pupil.

In a world where “being a superhero” is a real job, Saitama will be the deus ex machina in the background, while the “normal heroes” (all classic characters that we would find in a “normal battle shonen”) create the real plot of the story. . Between gags and enemies more and more absurd and destructive, we will follow Saitama on his journey in search of an opponent worthy of the name. 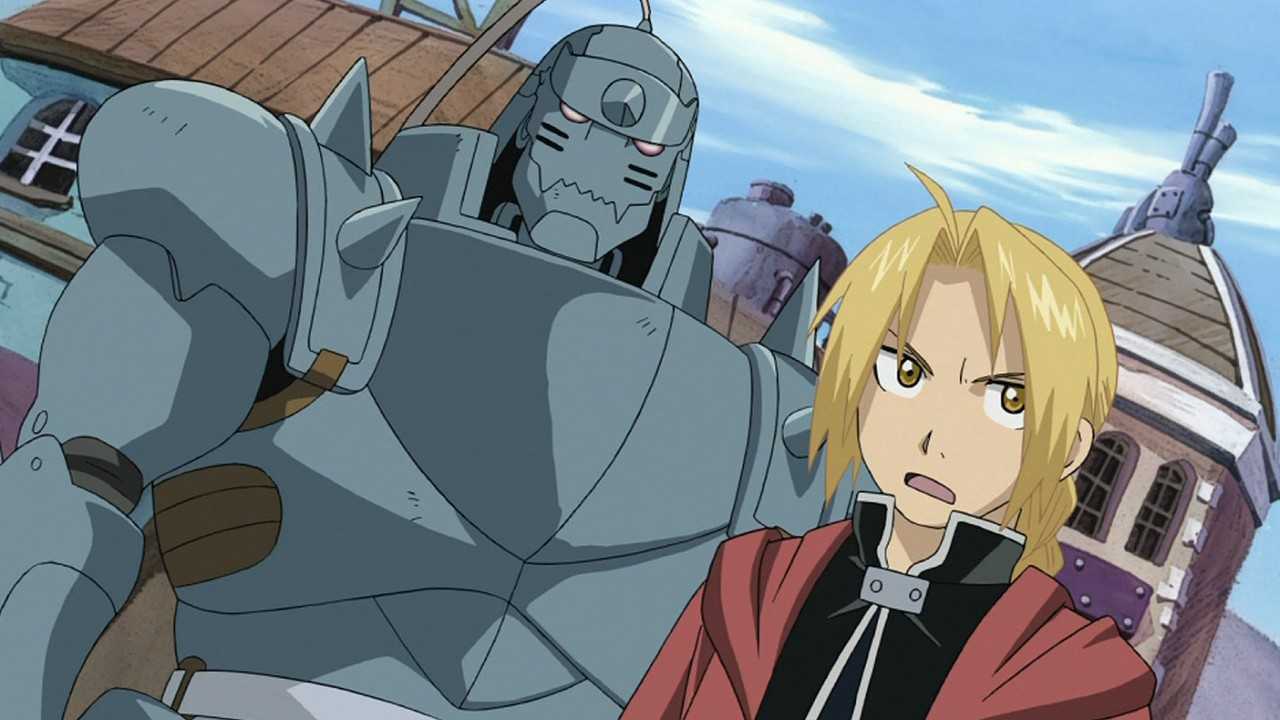 Now let’s move on to a classic everyone loves, for good reason. Full Metal Alchemist: Brotherhood tells the story of the Elric brothers, two young alchemists who tried to perform a taboo alchemy and for this reason they suffered a great punishment. Alphonse, the youngest, lost his entire body and his soul was tied to an armor by his older brother, Edward, who paid for it by losing a leg and arm.

The two are looking for the philosopher’s stone to get their bodies back, but in the background, episode after episode, a complex plot is drawn that will subvert all the normal rules of the world of brothers. Wars, forbidden alchemy, death and betrayals: the 64 episodes that make up Full Metal Alchemist: Brotherhood will know how to hit us deeply but at the same time will be able to lighten our journey when necessary. From comedy to drama, the Elric story is always interesting and powerful. 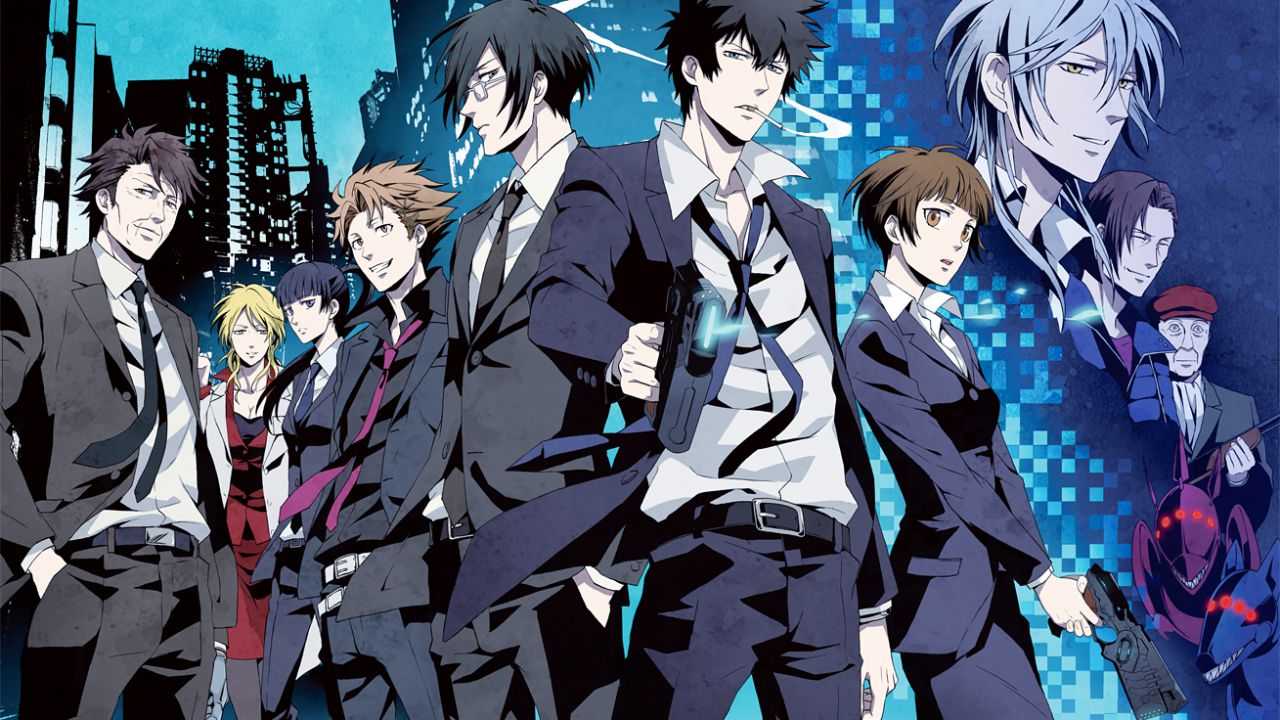 2112. Tokyo. The fight against crime has reached new levels and, now, every citizen is subjected to an evaluation that allows to determine the mental state and the inclination to commit a crime: the Psycho-Pass, precisely. Anyone rated too high is considered a potential criminal (even if they have not committed any crime) and is hunted down and arrested. This task belongs to the Executors, latent criminals who try to redeem themselves by working for the police, and to the Inspectors, police officers who supervise and coordinate the work of the Executors. The favorite weapon is the Dominator, a gun that adjusts its power according to the crime level of the target.

The story follows the events of an Executor and a young Inspector who have just joined the team. The System, however, is far from utopian and when they find themselves facing a criminal whose Psycho Pass remains suspiciously low, all the rules will change. 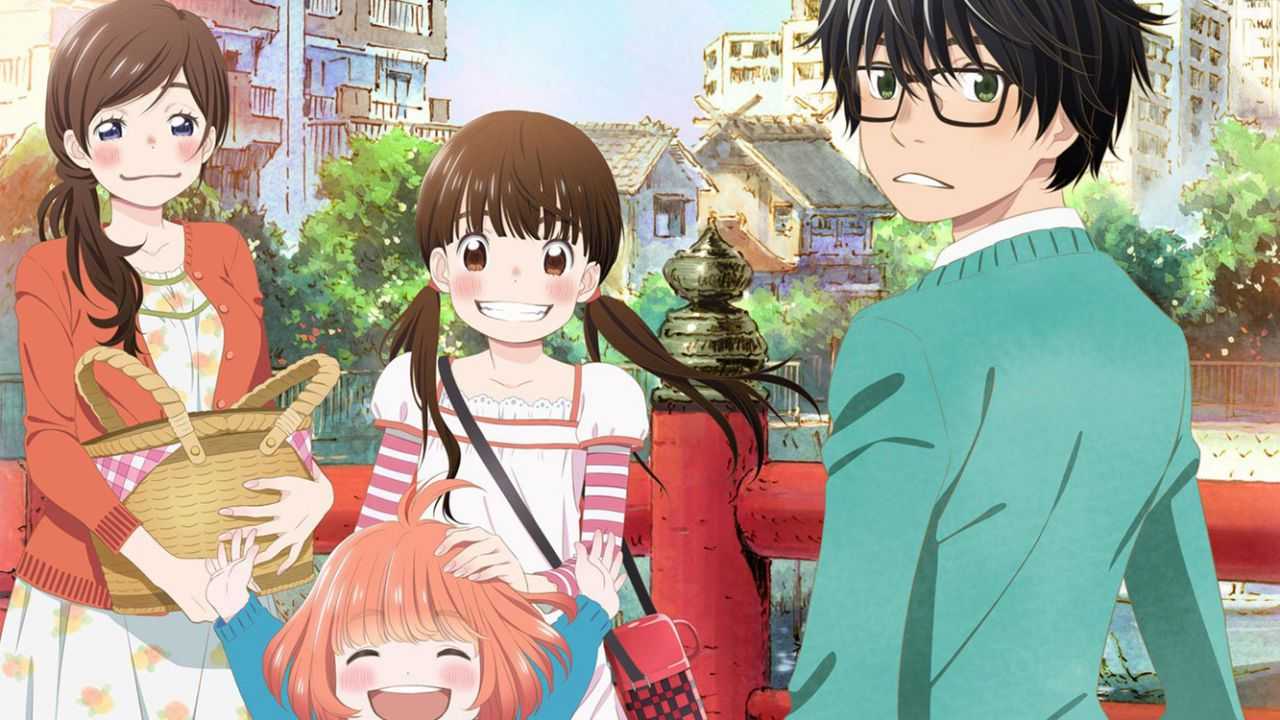 Rei Kiriyama is a taciturn and solitary professional shogi player, an elaborate Japanese game similar to Western chess. Rei, however, is also a little boy left without a family. The young man, in fact, has lost his parents for several years, but has also moved away from the adoptive family that took care of him after the tragedy. Now he keeps up with shogi, but training and matches keep him away from the life of a normal teenager.

Or is it the opposite? Rei lives with countless ghosts and tries daily to move forward, only with his own strength. However, it will be the people around him, often aware of the immense pain that hit him, to help him continue on his path. A March of the Lions is a very sweet and calm soul, which knows how to tell a story of rebirth without ever being banal. 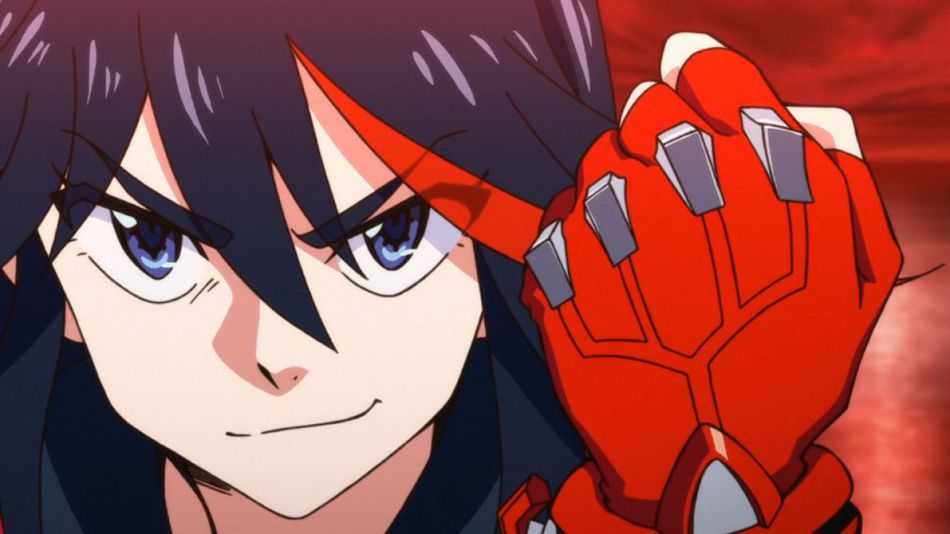 Ryuko is a fiery girl looking for her father’s killer. Her journey takes her to Honnouji Academy, a school-state run by the tyrannical Satsuki and her four student council leaders. The academy produces clothes that make wearers more powerful and faster, but only those who are part of the elite receive one.

Ryuko, however, manages to find a special one, a living dress that drinks the girl’s blood to give her superhuman power. As in any battle shonen, however, the young woman must continue to empower herself to take down every enemy in her path: how can she do it? Not with the usual banal workouts or with new magical powers, but undressing! The tighter the dress becomes, the stronger the bond between the young woman and the dress will be. Kill la Kill turns fan service into a legitimate plot component.

Between gags, mind-blowing fights and a plot that mixes mystery and revenge, Kill la Kill has all it takes to keep you entertained until the last episode. 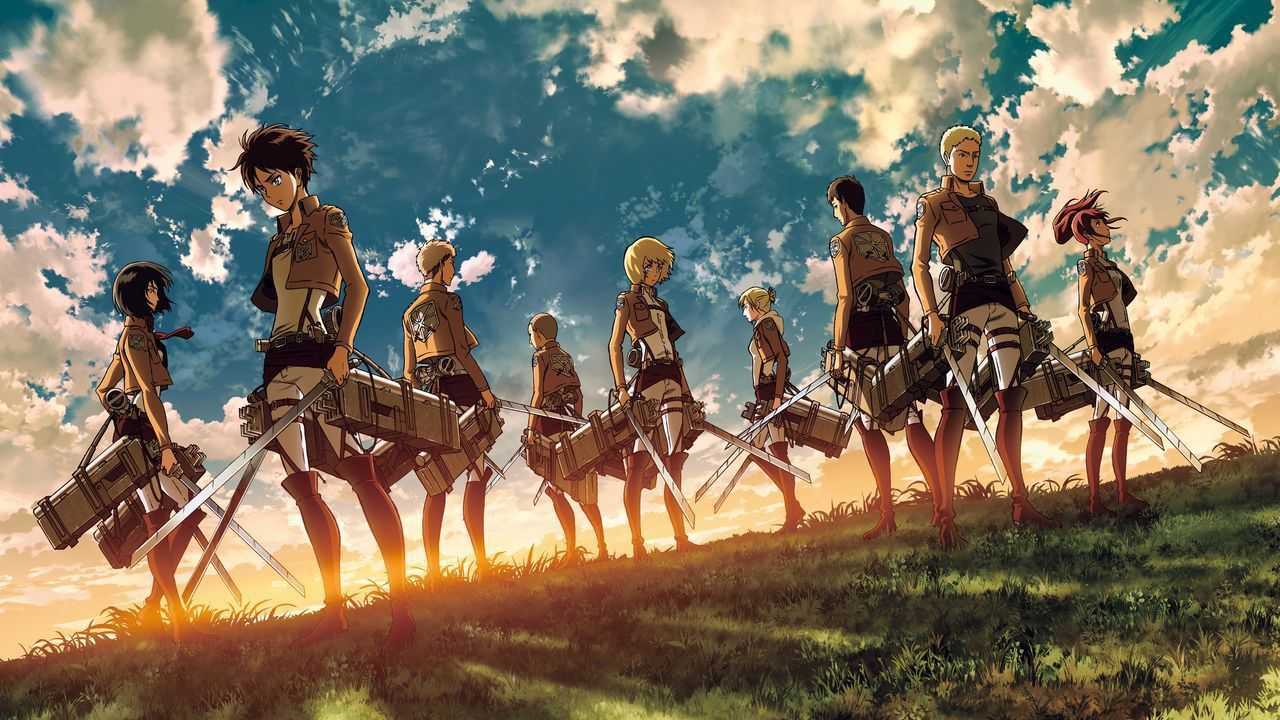 The Attack of the Giants | Best anime Netflix

Humanity lives in peace, segregated within colossal walls of stone because the world has been invaded by creatures called giants. These grotesque monsters with human features, but much larger, feed on men. The only thing that makes the life of Eren and his friends possible are the solid walls. Until one day the irreparable happens: a colossal giant, more than 50 meters high, it creates a breach and the giants manage to enter the walls.

One of the most intense horror fantasy anime of recent years, a succession of twists that do nothing but create new expectations and doubts. From the very first minutes the tension will skyrocket and will not drop except for a few minutes of peace. Such a dense and …