Would you like to make your home and your life a little smarter? Choose one of the best voice assistants for smartphones and home automation

The voice assistants are the protagonists of the technological evolution of recent years. These artificial intelligence and machine learning software first spread to smartphones, and then came to integrate with thousands of other devices, mainly those of domotica smart.

Thanks to their use it is possible to give commands or ask questions and receive the answer or the execution of the command. In this way, in addition to controlling your smartphone, you can command compatible household appliances with your voice as well.

Alexa is able to answer general questions and take actions, and is also fully integrated into the Amazon shopping ecosystem, allowing you to place orders, cancel them or track their status.

There are several devices produced by Amazon with integrated Alexa, among which we find several smart speaker e smart hub con display.

The ecosystem of Google it is slowly expanding, even if it still has no Amazon levels in terms of compatible devices, especially those from third-party manufacturers.

On the other side, Google Assistant it is probably the best among voice assistants when it comes to recognizing the questions of the questions and the answers it provides.

Google Assistant it can send messages, initiate calls, play music, provide information or translate phrases into other languages, but also control home automation, such as temperature regulation or lighting.

Among the main products assisted by Google, as well as the smartphone app, of course, I would like to point out:

The voice assistant of the Cupertino house integrates perfectly with all Apple devices, but also with accessories for home automation Works with Apple HomeKit certified, which allow you to control practically the whole house with just your voice.

At present the fleet of devices compatible with Siri is quite limited, especially with regard to the third party devices.

From reading messages while wearing the AirPods, to dictating messages on the Apple Watch, from setting alarms and reminders or showing you the appointments of the day, to controlling the music, Apple Siri is able to control and manage different aspects of our daily routine.

Integration with Apple devices is practically perfect, if you are looking for a device to buy you can consider one of the following:

Bixby is the most “immature” voice assistant of those mentioned so far. In fact, at the moment it is compatible only with Samsung devices belonging to the Note and Galaxy S series, starting with Note8 and Galaxy S8 / S8 + onwards.

The functions available are the standard ones of voice assistants, very similar to what Google Assistant and Siri already do.

As for the smart home side, Bixby can control a park Samsung SmartThings and third-party devices expanding, which also includes many household products such as washing machines, ovens, refrigerators and light bulbs.

Cortana is the home voice assistant Microsoft that all of us have come across at least once in our life.

Like all smart assistants it is constantly evolving: it is in fact recent news that Cortana will abandon Android and iOS altogether in early 2021, e it will stop working also on the smart speaker Harman Kardon Invoke.

This does not mean that it will disappear from the market, but instead of focusing on integration with smartphones and home automation, it will aim to expand integration with Microsoft 365, focusing solely on the world of productivity. 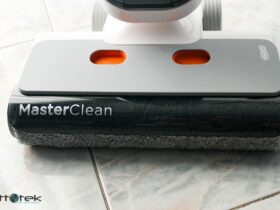