Over the past few days we have been able to spend several hours in the company of Beyond a Steel Sky, the sequel to Beneath a Steel Sky arrived after more than twenty years (the first chapter was released in 1994). The new work of Revolution Software it had already landed on PC last year, but we finally got to play it on consoles as well. Our test in this sense took place on the Nintendo Switch. But let’s get right into our Beyond a Steel Sky review.

Beyond a Steel Sky: our review

Beneath a Steel Sky, for the uninitiated, is one of the cornerstones of the genre cyberpunk in video games, which the product helped create way back in 1994, the year it came out. Born from the minds of Dave Gibbons (the Watchmen designer) and by Charles Cecil, this title is still remembered as one of the masterpieces of days gone by, and for good reason.

Now the pair of authors are back, after more than twenty-five years, to tell a new page in their history, in the midst of an alternative Australia where pollution has reached critical levels, transforming the entire continent into a hostile and dangerous environment. The protagonist is still Rober Foster, aged and busy living a relatively quiet life after the events of the first chapter.

That is until a troop of soldiers kidnaps a boy from his village, an event that will bring our hero back to the gates of Union City, which however is no longer the same as the man remembered. The inhabitants of the city live in a regime of semi-freedom, due to the obligation to have a chip implanted in the hand, a sign that something has gone very wrong during the years of Robert’s absence.

As per tradition for this series, Beyond a Steel Sky uses the pretext of a science fiction story for tell and criticize the absurdities of the present and of our society. Unlike the first trip in the company of Robert, here the plot takes on decidedly more disillusioned tones, which translates into a story that is in some ways more raw, but always splendidly inspired.

More, of course, we cannot reveal to you.

From pixel art to 3D

Of course, this sequel presents itself as a completely revamped version of the playful offer of its predecessor which, let’s remember, was one of the first graphic adventures to be dubbed. To take care of the port from PC to console was Microids, which transposed rather well the new graphics completely three-dimensional and with a third-person setting.

The effect is also pleasant cell shading, a stylistic choice that we feel we can promote, since it makes the game’s settings even more suggestive. Too bad for a detail level smaller for larger rooms and for one shadow management not exactly at the top, defects that are however forgiven by the visual consistency compared to the first chapter, truly extraordinary considering the huge time gap. 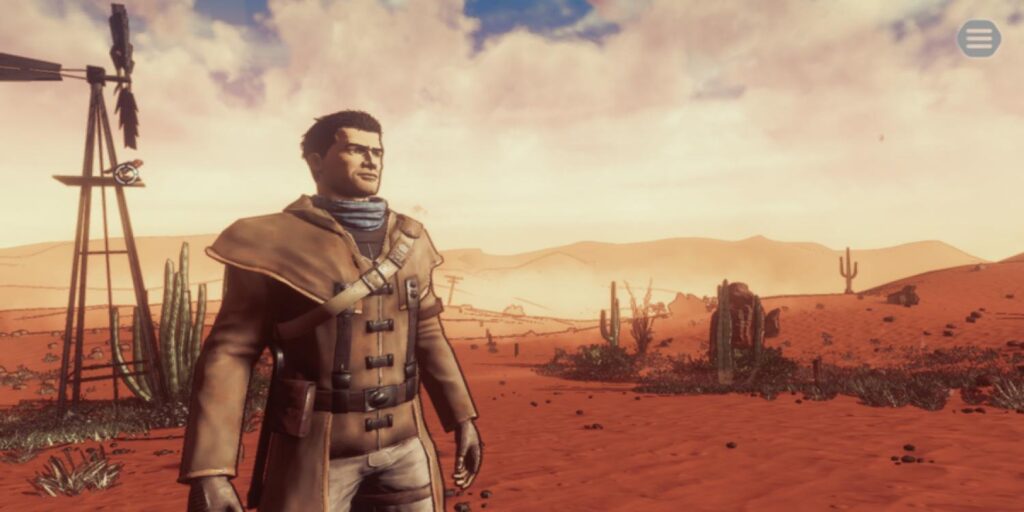 As for the game mechanics, Beyond a Steel Sky is configured as a hard and pure graphic adventure, which does not aim to innovate the genre with daring solutions, but rather is content to stay in the groove traced by Beneath, focusing entirely on the power of the story. A wise choice, which however turns out to be the only limit of the work, if we really have to find one.

The only novelty in this sense is l’hacking mode, which allows you to hack every electronic device in the game. A pleasant addition that does not distort the intimate soul of the series, rather giving breath to the various puzzles that we will come across during the gameplay.

Beyond a Steel Sky has the great merit of marking the return to the square of Revolution Software, a strong study of two exceptional talents, who have given their best with this sequel. For all lovers of cyberpunk-tinged sci-fi stores, we can only recommend this title, also considering the undeniable quality port.

The hope at this point is that the software house will soon start working on its new project.