Koch Media and developer Playcorp revealed the Beyond Contact early access roadmap. The title is an interesting surival sci-fi adventure that will arrive on PlayStation 4, PlayStation 5, Xbox One, Xbox Series S and Series X. The game will also include cross-play multiplayer for all availability platforms.

Available on PC Steam (in Early Access) since last September, Beyond Contact can count on a rich community of users. The game is in full development and will be best supported by Playcorp, currently working on various aspects to be integrated into the title.

The new Early Access Roadmap, summarized by a handwriting that we attach below, confirms the desire to significantly enrich the contents of the title, also anticipating some news that could arrive in the future. Among the news coming will be new combat gadgets, an Endless Survival Mode, map improvements, new storylines to develop in the world and much more.

To learn more about the game you can follow the official site It should also be noted that the title trailer is also available which shows us some fragments of gameplay. 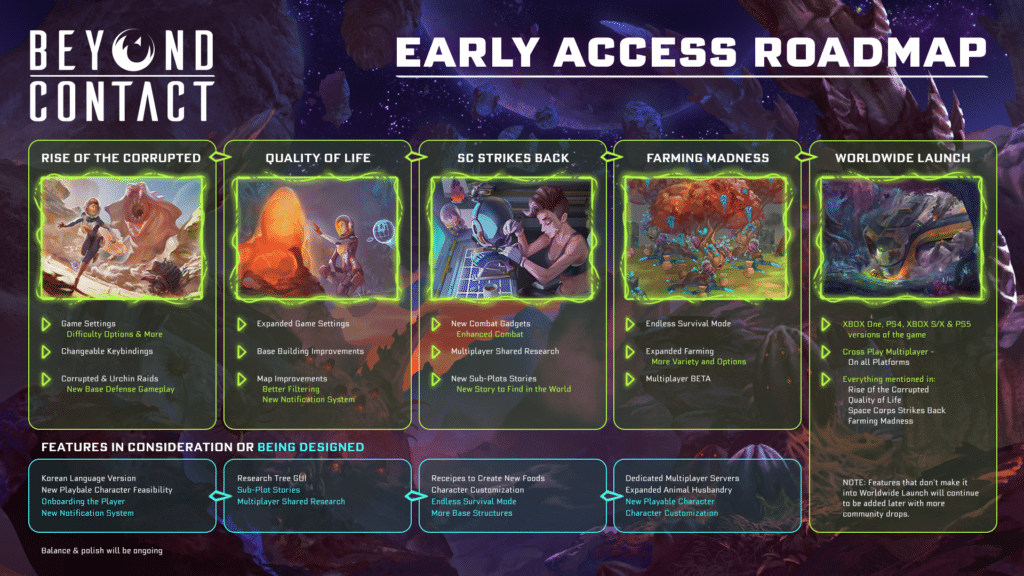