On “his” social network, Jack Dorsey, CEO of Twiter and well-known cryptocurrency advocate, is back on talking about the Bitcoin and its future potential. Dorsey has been interested in the sector for some time and has already made various statements on the subject in the past, always managing to draw attention to his very specific positions on the issue and on possible future developments.

In the opinion of Jack Dorsey, who expressed his thoughts in response to a tweet from a user, Bitcoin will succeed in supplanting the dollar in the near future as a benchmark for the American economy. It is not the first time that Dorsey has expressed this position. In the past, a few years ago, he anticipated that Bitcoin would become an absolute reference for payments within 10 years.

There is still a long way to go

The road is still long but cryptocurrencies and Bitcoin in particular are carving out a leading role in the financial markets. In the future, therefore, cryptocurrencies could continue to grow, alongside and perhaps even replacing traditional currencies such as the dollar. It will probably be necessary to wait more than the ten years previously foreseen by Jack Dorsey but a handover could come sooner or later. We will find out in the future. Dorsey will certainly return to this topic in the near future. We’ll see if he changes his mind or if he continues to follow his positions. 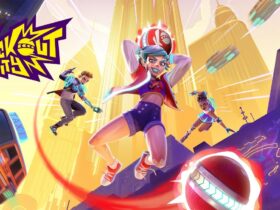 Prince of Persia the Sands of Time Remake: once again the release of this and another important game has been postponed

Review Campagna Halo Infinite: Set a Fire in Your Heart