Call of Duty: Warzone is preparing to expand its offer, thanks to the arrival of a new game map, to which will be added a renewed anti-cheat system

Although Activision’s current focus is on the next Call of Duty: Vanguard, as the release of the trailer dedicated to production multiplayer demonstrates, the publisher has certainly not forgotten about Warzone, the free-to-play component of its shooter. In this regard, in fact, Raven Software has announced the arrival of a new map relating to the standalone segment of the franchise, which will introduce a new playable area set in the Pacific. The surprises, at least for the PC version of the game, certainly do not end here, since a new anti-cheat system.

Call of Duty: Warzone ready to welcome a new map and an anti-cheat system

The arrival of the new combat zone does not yet have an official launch date, but it has been communicated that the whole will occur following the launch of Vanguard. The map will exploit the same technology and the same engine of the new chapter of the franchise, so as to make the integration of the same with the new weapons and new mechanics, as well as the unpublished points of interest, more fluid. You can take a first look at the area in question from minute 26 of the video that you find immediately below.

In addition to the obvious presence of the cross-progression and cross-play support, the PC version of this new incarnation of Call of Duty: Warzone will be eligible for a renewed anti-cheat system, currently being tested at the studio, so as to make it available from launch. Obviously the game will continue to be supported for a long time, thanks to the introduction of additional free content, which will include new themed events.

Call of Duty: Warzone is currently available for Xbox One, PS4, PS5, PC and Xbox Series X / S, the same platforms on which Vanguard will debut on November 5th.

Are you curious to try the map in question? Let us know yours, through the comments section on TechGameWorld.com. And if you are looking for more games at a discounted price, our advice is always to take a look at the offers on Instant Gaming. 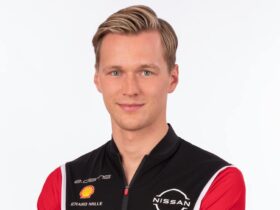 Maximilian Guenther will be Nissan’s new driver for Formula E

Lost Judgment: what to know before the release of the title

Mass Effect Legendary Edition: that’s when multiplayer could be announced